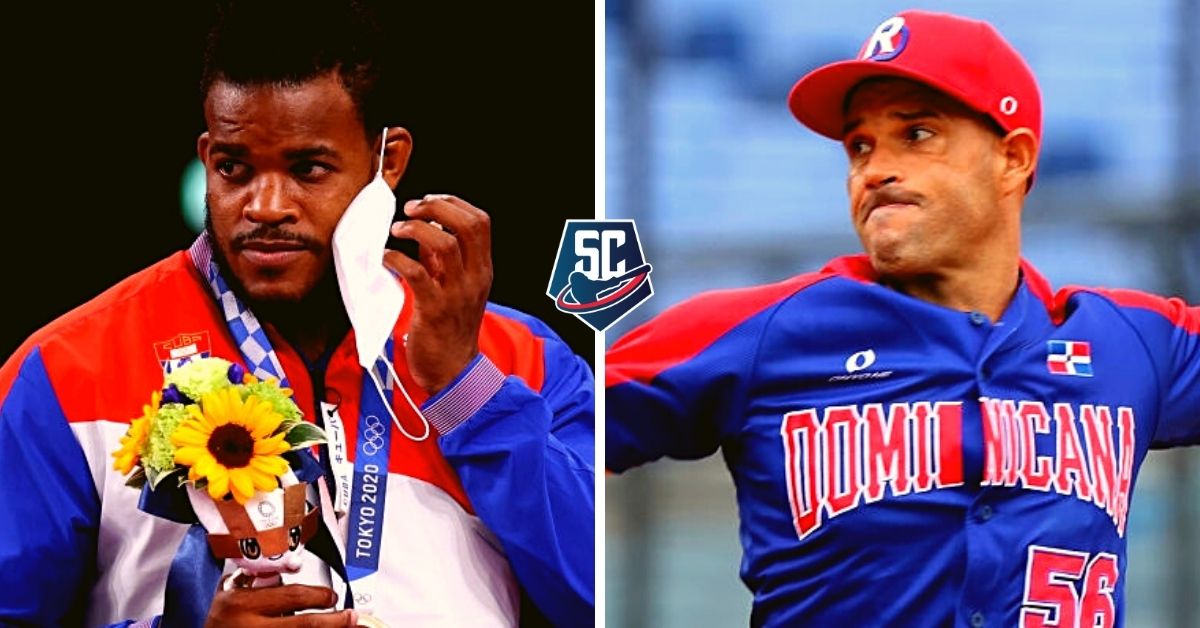 When there are a few hours left for the Olympic Games lower your curtains, Cuban athletes continued to harvest medals. Reinieris Salas and Abraham Conyedo, in wrestling, and Raúl Valdés, in baseball, each hung bronze medals around their necks. Meanwhile, the Cuban-American, Eddy Álvarez got the silver medal, also in the sport of balls and strikes.

From the mattresses of the “Makuhari Messe Hall” came the first metals of the date, through Salas and Conyedo. The first for Cuba and the second for Italy, they climbed to the third seat on the podium in the 97 kilogram division, after defeating their rivals in the bronze debate. Also in the fight, but in the women’s sector, the Cuban Yusneylis Guzmán was left out of the fight for prize positions in the Japanese capital.

As for the ball, Raúl Valdés, for the Dominican Republic, faced Korea in the fight for third place. The Quisqueya team won with a 10 × 6 slate and took third place. Valdes worked in that game as a starter for 4.0 innings, in which he allowed nine hits and five runs, all earned. He struck out two batters and one homered.

The United States and Japan faced each other in search of the gold medal in a game with excellent workmanship. The Japanese gave the Northerners 2 × 0 grout and left the gold metal at home. In that clash, Eddy Álvarez opened as a waiter and foreman for the Americans and went 4-1. However, he became the only athlete with medals at the summer and winter Olympics.

Cuban athletics concluded its performance at Tokyo 2020 with eighth place in the women’s 4 × 400 meter relay. A terrible race, added to the quality of the rivals, ruined the criollas crossing the finish line in last position. Between Zurian Hechavarría, Rose Mary Almanza, Sahily Diago Mesa and Lisneidy Veitía they managed 3: 26.92 minutes.

Canoists continued to forge their legend in the waters of the Sea Forest Canal in Tokyo Bay. First, the C2 couple 500 meters from Yarisleidis Cirilo and Katherin Nuevo finished their task with an outstanding sixth place in the final, to crown an excellent performance by both girls, both individually and in the duo.

For the men, Fernando Dayán Jorge managed to get into Final A, but he lagged behind in the fight for the medals, as he slipped his canoe in the last place of the test. Meanwhile, José Ramón Pelier, who rowed in Final B, led his contenders and took ninth place in C1 a thousand meters away.

Lester Ders could do little in the modern pentathlon, beyond finishing all five disciplines in the last seat. Only in swimming at 200 m did he leave good figures that, added to the production of the Laser Run, earned him to reach 1062 units, the worst level among the rest of the participants.

Thus, Cuba woke up in 16th place on the medal table, with one day to go, with six gold, three silver and five bronze medals.