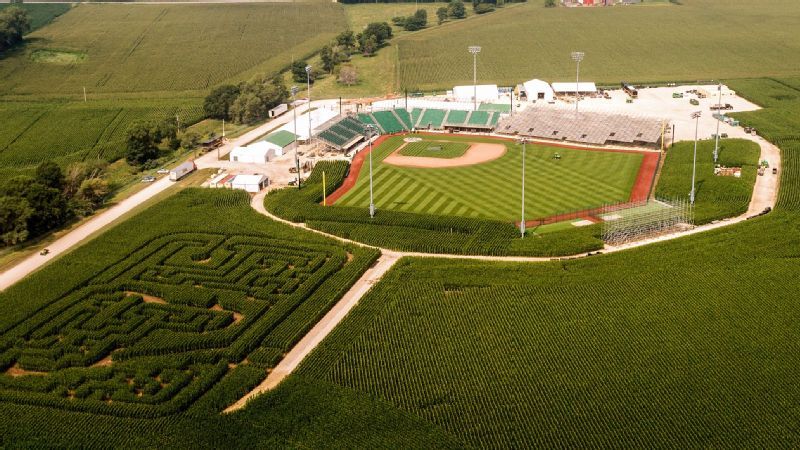 In the first game “MLB At Field Dreams”, which will be played in a stadium built in a cornfield in Iowa as in the famous 1989 film, a Venezuelan will be the manager of the team that will act at home.

With starting manager Tony La Russa traveling to Florida to attend a brother-in-law’s funeral, bench coach Miguel Cairo will lead the Chicago White Sox in the historic meeting against the New York Yankees in Dyersville, Iowa, scheduled by the office. from the Major League Baseball (MLB) commissioner for three years to pay tribute to the inspiring baseball film “Field Of Dreams.”

“I am very honored to be in this position,” Cairo told ESPN Digital during a phone call.

“Tony is actually still our manager and will only be out for one day, thankfully, but it’s a great honor. It will be a great experience for all of us,” added Cairo, who played for 17 years in the Major Leagues.

After his retirement as a player, Cairo, 47, worked as a special assistant to the Cincinnati Reds general managers, Walt Jocketty and Dick Williams, between 2013 and 2017. In the first of those seasons, he was also part of the coaching staff of the Cincinnati Reds. Cincinnati.

Out of baseball for nearly three years, Cairo got a return ticket when La Russa, for whom he played with the St. Louis Cardinals in two different stages, agreed to leave retirement to seek to return the White Sox to the World Series for the first time. since 2005, when another Venezuelan, Ozzie Guillén, won the first franchise title in almost 90 years.

“I waited until today just to distract as little as possible, but I have an older sister [y] her husband passed away in Tampa recently, “La Russa said.” And they had to schedule the funeral service depending on everyone’s availability, and we have a large family. And that day is Thursday, “he added.

La Russa plans to return to the club on Saturday, when the team will be in Chicago to continue its three-game series with New York and its seven-game stint at home.

“We are a family and we are here to help each other. This is what Tony has taught us. This is the opportunity to do things well as if he were there. That is what family is for,” Cairo said.

The “MLB At Field Dreams” between the Yankees and the White Sox will be the first major league game in the state of Iowa, bordering Illinois, Missouri, Minnesota and Wisconsin, which have cities with MLB franchises.

The match will take place in a new 8,000-seat stadium that MLB built in close proximity to the original film set. The field will feature a cornfield behind the right-field fence, a manually operated marker and bullpens behind the center-field fence that will resemble the old Comiskey Park, the former home of the White Sox.

“Field Of Dreams”, which was released by Universal Pictures in May 1989, is an adaptation of the novel “Shoeless Joe” (about Joe “Barefoot” Jackson “), the great White Sox player who was banned for life of baseball for keeping silent about some teammates plotting to sell the 1919 World Series to punters.

In the film, Jackson’s ghost (Ray Liotta) pleads with bankrupt farmer Ray Kinsella (Kevin Costner) to build a baseball diamond in his cornfield to play again, along with other ghosts in grief, including the protagonist’s father.

“Field of Dreams”, which also includes Amy Madigan, James Earl Jones and Burt Lancaster in the repertoire, is a drama that mixes fantasy with history and melancholy.

“If you build it, they will come,” Jackson tells Kinsella to convince him that he must sacrifice his farm, the only thing he has, to ease his pain and that of the deceased, playing baseball games that few others can see.

The film, which had a budget of $ 15 million and grossed $ 84.4 million at the box office, received three Academy Award nominations, including Best Picture, although it received none. Since 2007 it has been on the United States National Film Registry, a kind of Hall of Fame for “culturally, historically, or aesthetically significant” films.

“It’s a movie about life more than baseball. It’s about life. I really liked it,” Cairo told ESPN Digital.

Attending a historic movie game like “MLB At Field Of Dreams”, between two of the season’s top winning teams and in a small facility, is not easy or cheap.

MLB held a lottery among Iowans to dispose of the tickets. According to Vivid Seats, the average price of the game is $ 1,176.39. The most expensive previous game of the regular series was Derek Jeter’s last game with the Yankees on Sept. 25, 2014, which averaged $ 347.61.

Enjoying it on screen will be the best option. While FOX obtained the broadcast rights in the United States, ESPN will carry it in Spanish in Latin America, starting at 7 pm ET.