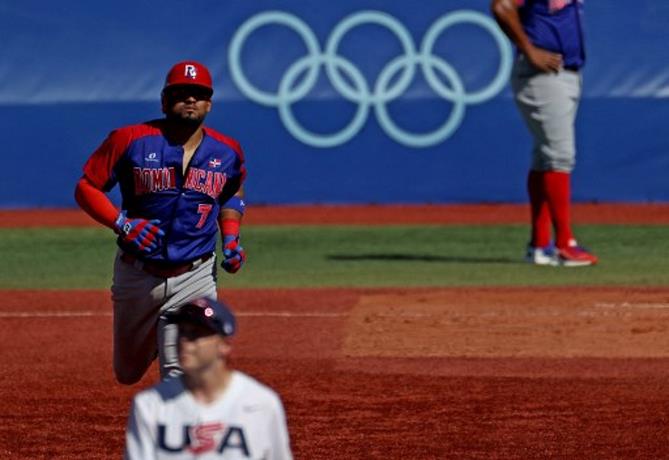 “We will focus 100% on achieving victory to win bronze,” Dominican Republic manager Héctor Borg warned after the 3×1 defeat suffered this Wednesday by his team against the United States in Tokyo-2020 baseball, which put the Americans in the semifinals.

Japan and South Korea, owner of the last baseball gold medal awarded in the Olympic Games before the sport’s return to the program in Tokyo-2020 (Beijing-2008), will play the first semifinal this Wednesday starting at 7:00 p.m. ( 10H00 GMT).

The winner will play for gold on Saturday and the loser will go to the second semifinal against the United States on Thursday.

The loser of the second semifinal will be, also on Saturday, the Dominican rival for bronze.

“The expectations are still there to win the bronze medal. Tomorrow we will be resting, we will take a day off, and the next day we will do a soft practice and we will focus 100% on achieving victory to win the bronze and take that medal that Our beautiful island, the Dominican Republic, longs for so much “, commented the helmsman of the Quisqueyan national team at a press conference.

“We don’t need more motivation than to bring that medal to our country,” added Borg.

“They did a great job pitching … We have good hitters, power hitters, and they kept the ball on the ground and prevented big hits,” outfielder José Bautista said.

Bautista and his teammate Denyi Reyes, the starter for the Dominicans against the United States, hope that the break will serve to take on the fight for the podium with a “fresh mind.”

“It’s about resting mentally. Putting this defeat aside and coming back with a fresh mind (…). There will be no tomorrow and we will be playing for bronze,” said the former greatdeliga.

“There are two days off and we will be ‘ready’ for that day to give 100% and take that bronze medal to the Dominican Republic,” Reyes added.

The Caribbean country has three medals so far in Tokyo-2020: two silver and one bronze.

Ángel Sánchez could be the starting pitcher for the Dominican Republic on Saturday, performing well in a 1-0 win over Mexico in the first round. He covered five innings that day, in which he allowed just a couple of hits, struck out and gave a passport.