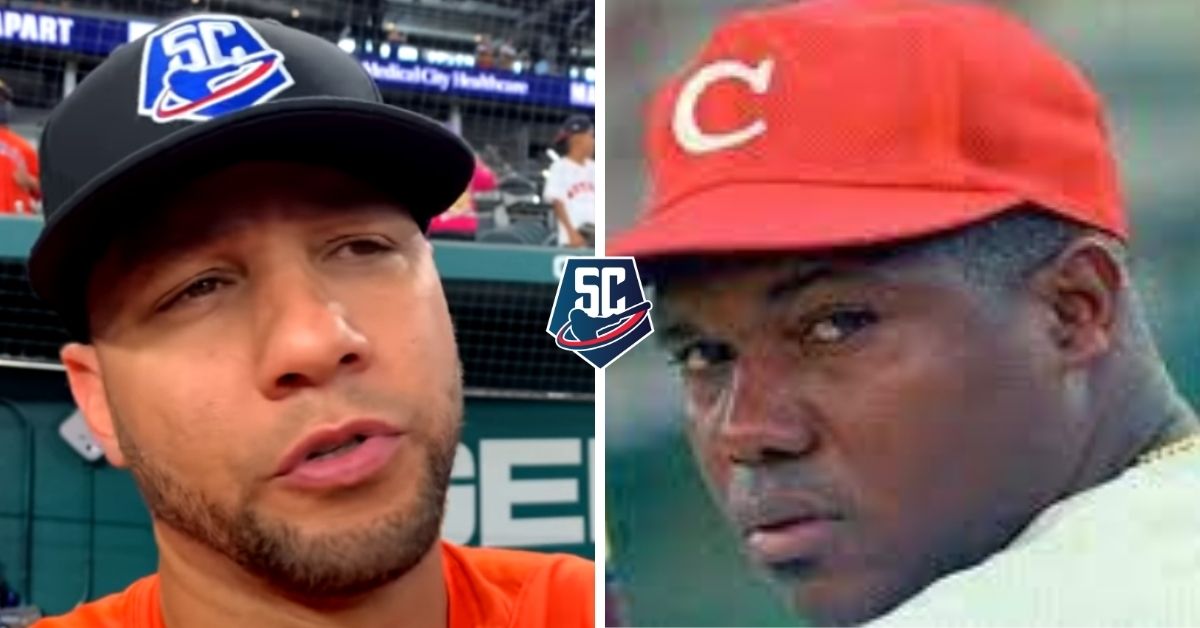 When I last saw the American League batting champion in the 2021 season, the Cuban Yuli gurriel, There were several issues that we addressed on and off the recording prior to the confrontation between Astros and Rangers at Globe Life in Dallas.

One of the themes that Gurriel himself suggested was the famous and, in my opinion, very unfair comparison between the current generation of Cuban players and the different preceding eras, especially the one in which many consider the most complete of players to play. of the Island that has passed through the National Series: Omar Linares Izquierdo.

In fact, when we saw each other in the baseball park, the first thing the star member of the Astros did was to broach the subject and joke in a certain way with a debate that had occurred a while ago in the Full Swing Show about the comparison between him and the legendary third baseman from Pinar del Río.

YOU MAY BE INTERESTED: Daniel de Malas makes a comparison between Linares and Yuli Gurriel

Debate in which I always noticed that it was extremely difficult to carry out a very objective analysis when it comes to totally different circumstances, because although Linares did not play the Major Leagues as Gurriel has done and with emphasis, “El Niño” had in his favor multiple physical strengths as well as brilliant results against many of the most stellar pitchers Cuba has ever had. By the way, several of which later made it to the best baseball in the world. The same will always be all kinds of criteria and the eternal division of furious defenders of both extraclass players. Consensus in this regard will never exist.

Already with the phone recording the popular 37-year-old player said that although he highly respected the time of his father Lourdes Gurriel in which the top figure was undoubtedly the third baseman Omar Linares, a series of aspects related to today’s generation.

Gurriel said that there are players of that era who exaggerate a bit about the quality that existed then. “Many tell you that in our time the pitching and the batting, but I think it is not fair because they are different times and it is very difficult. I have the greatest respect in the world for that time and for many of those who passed through there, but we must bear in mind that in our time we have had to face professionalism and it has been a beautiful but complex stage ”.

YOU MAY BE INTERESTED: “Linares and Yuli are the best players I have seen,” said Pedro Medina.

Notwithstanding the aforementioned, the Houston first baseman gave his opinion if he had to decide between himself and the mythical player who excelled between 1982 and 2002 within Cuba. “Linares, Linares. What he has done is worth recognizing, some numbers included, with aluminum or whatever because at that time there were great players and they could not reach what he did, “concluded the 2021 winner of the Gold Glove award in the first base position.

Both players only coincided in National Series in the 2002 season when Yuli began with the Gallos and Linares retired with the Vegueros. There are other coinciding points between them, such as number and position, having been the third batter of the Cuba team for a long time and the fact that Omar has the record in average for life while the other holds it for one season.

My writing is mainly to reflect the criteria of a player of the stature of Gurriel on a controversy in which he himself is the protagonist, and that comes up almost daily when baseball is debated among Cubans. Personally, I think the most important thing is the greatness that the two have shown over time and the indisputable contribution to baseball in their country. They are undoubtedly one of the essential players in the history of national heritage sport.

EXCLUSIVE: Yuli Gurriel TALKED about the comparison between him and Omar Linares and CHOSEN THE BEST