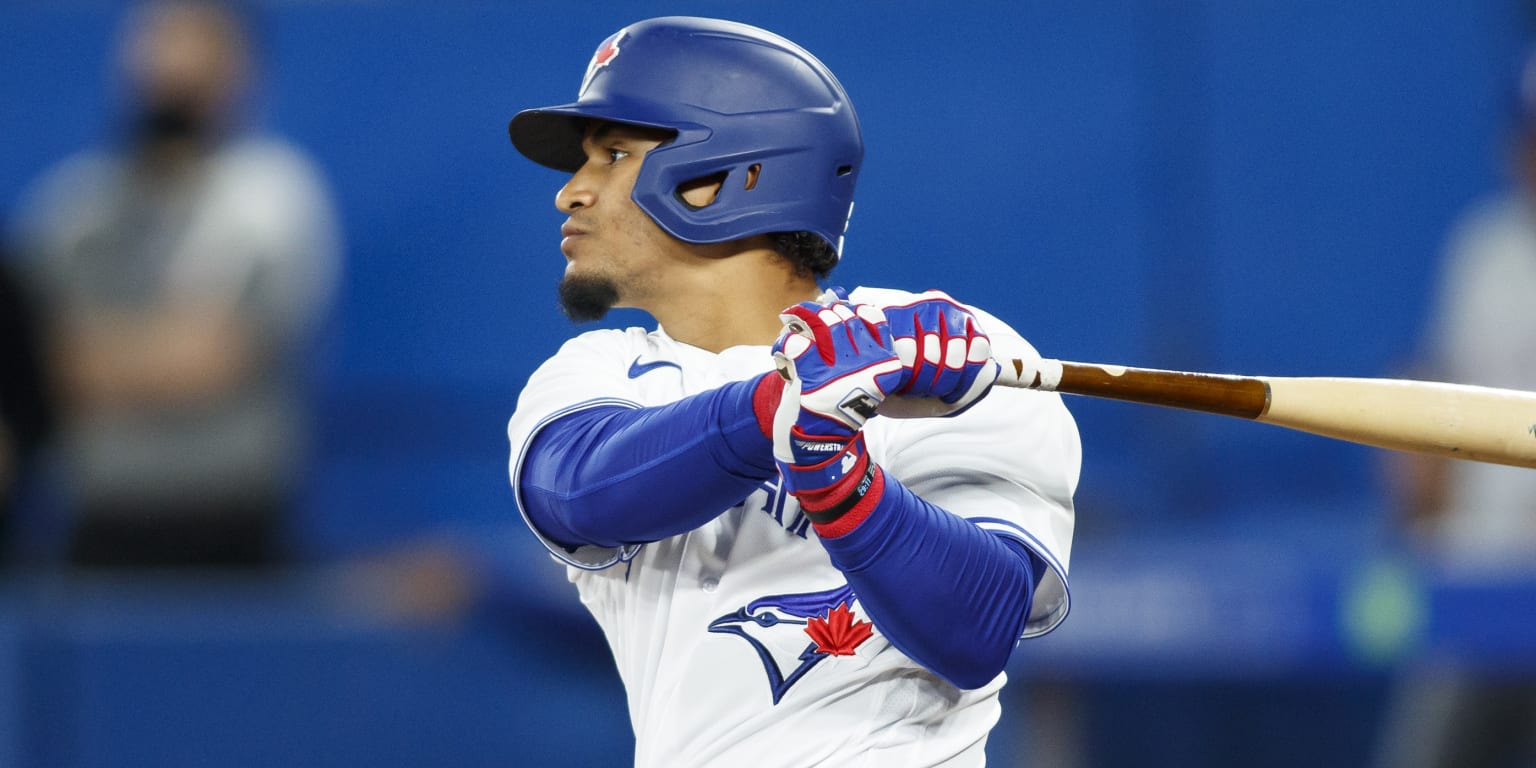 2% of the 2022 season has passed. It is a dangerous time to start analyzing some aspects in depth. Half of the teams haven’t had their Opening Game at home yet, Shohei Ohtani is hitting .118 and Eloy Jimenez hasn’t swung into a blank.

So, what can be highlighted within such a small sample? Nothing is guaranteed, but with the data we currently have at our disposal, there are a couple of situations that have come to our attention.

The 27-year-old Dominican has the typical build of a low-power hitter, someone who uses his versatility to defend the infield. He demonstrated this on his way to the Majors. In parts of five seasons in the minors with the Red Sox and Blue Jays, he slugged just .392. Between 2020 and 2021 with the Toronto big team, Espinal continued that trend by hitting .390 – with a power-hit rate that was among the lowest in the sport.

But Espinal arrived at the camps with more muscles. In the preseason, he hit three homers with a force he had never had in the majors. In the first two meetings of this season, he gave two even stronger ones. So, in the last three weeks, the Dominican has given the five strongest connections of his, all between 104 and 107 mph. When told he had hit a 107 mph ball, he said: “They told me 107 … but he didn’t feel like 107. Crazy.”

Then on Monday, when he had three hits in Toronto’s win over the Yankees, two of them went over 100 mph. He has already done it five times in 2022, which represents a third of the 17 such balls he had thrown in a single season.

Nor is he the new Giancarlo Stanton. He’s not even assured of starting him in a talented Toronto lineup. But even with decent power coupled with solid defense, Espinal could clinch a starting job. He is a much more interesting figure than he was a week ago. That is the point.

Felix Bautista impresses as a rookie

Are we overreacting after just 16 pitches? Of course yes. But that’s what we’re here for. His whole story is interesting, having been released by Miami in 2015 after two erratic seasons, before beginning his slow ascent through Baltimore farms over the past six seasons.

Bautista’s fastball has been something to talk about, achieving an evaluation grade of 70 (on a scale between 20-80) on the MLB Pipeline Orioles list, matching Grayson Rodríguez, who is considered the best pitching prospect in the baseball. On Sunday he made his debut and showed why. Bautista faced five Rays and struck out two, including his compatriot Wander Franco, who rarely misses contact from him.

Yes, it’s true that he hit 99 mph to pass Franco, but 99 isn’t that unusual these days. Most interestingly, his fastball dropped just 6.6 inches on the way to the plate. One thing to note is that last year, no fastball dropped less than 10 inches.

To put it another way, he has 37% more lift than average down the straight at that speed. Look what it did to Franco that, again, he’s an elite contact hitter.

Once you achieve that, throwing this switch also causes Franco to look like this.

Last year, through three minor league levels, Bautista struck out 15 per nine innings. Despite everything, he will not turn 27 until June. All this without mentioning a slider with a lot of movement. Suddenly, the Orioles have someone very interesting.

Espinal and Bautista, two surprises in 2022