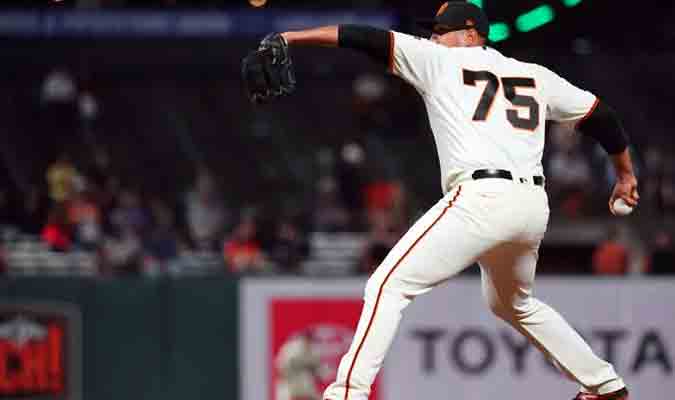 The Navigators of the Magellan live an extraordinary moment. Before the day of Wednesday, November 24, they had 10 consecutive victories, and they led the classification table in the 2021-2022 campaign with a record of 18 wins by 7 losses.

The great moment can be summed up in the contribution with the wood of people like Alejandro De Aza, Alberth Martínez, Juan Infante, Gabriel Noriega or Cade Gotta. In addition, the bullpen had the safe final third of the hand of Anthony Vizcaya, Bruce Rondón, or Wilking Rodríguez.

However, now the Cabriales team is going to add to its rotation an arm like Enderson Franco, who has experience in MLB and is already excited about his debut with the Nave. “Very happy thank God” were the words of the right when asked about his addition to the starting body of Wilfredo Romero.

Franco made his major league debut in 2019 with the San Francisco Giants, a team in which he played five games, with five and a third of work and posted a 3.38 ERA. According to Frangraphs, Franco’s fast pitching averaged 95.8 miles per hour in that 2019 year, leading him to MLB.

In 2021 he played in Asian baseball, in South Korean ball with the Lotte Giants, a club where he won nine games and lost eight.

His incorporation coincides with arms such as Gabriel García, Yohander Méndez or Erick Leal, but he will try to stabilize a department in which Magallanes has had problems. The Magellan’s collective ERA is 4.85, the second best on the circuit behind Cardenales de Lara. However, his starters have had some problems that they hope to paddle with Franco.