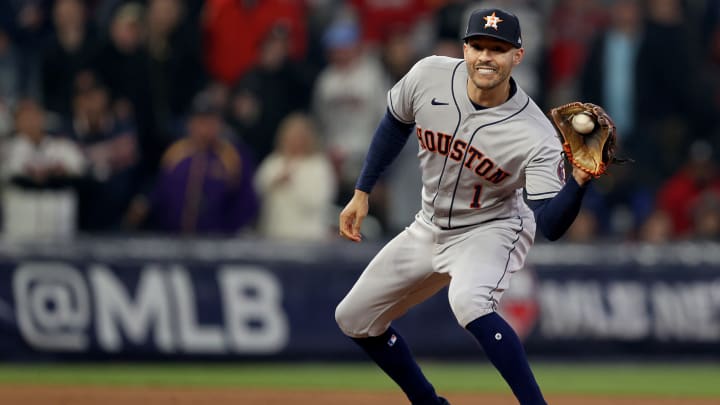 In the management of New York Yankees There are several pending issues to be resolved when the lockout of the company ends. MLB.

If you want to end the drought of seasons of Big leagues without playing the World Series, in the Bronx they will have to make several moves in the market.

They are known to have to add a senior pitcher, but Brian Cashman has other decisions before him. For example, you must figure out what is the priority between a left-handed hitter giving depth to the lineup or redirect resources to pitching to an elite shortstop.

If you are inclined to the former, you have an alternative in Eddie rosario. The Puerto Rican outfielder is coming off rising in value by becoming a key figure for the Atlanta Braves in the postseason.

The problem? The Yankees already have Joey Gallo to cover left field, waiting to find out if Brett Gardner will return in 2021 as a fourth outfielder.

In that sense, the need for a shortstop is greater and in the front line is Carlos Correa. Also Puerto Rican, he would add an indisputable offensive capacity, leadership, and good defense. Correa just won his first Gold Glove in 7 major league service seasons.

In 2021 he hit 26 home runs and drove in 92 runs. Although his financial aspirations are high (10 seasons and more than 340 million dollars), he is the piece that the Yankees need the most.

Eddie Rosario vs. Carlos Correa | Who do the Yankees need the most?