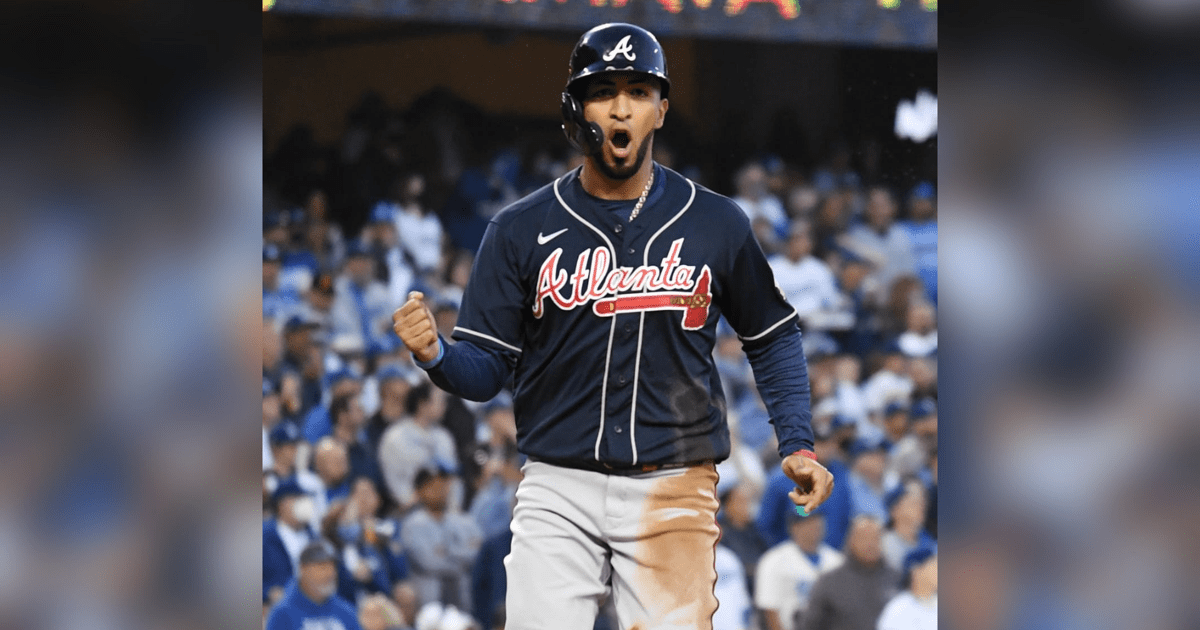 Major League Baseball players want to play baseball and, apparently, the winner of the last World Series ring with the Atlanta Braves, Puerto Rican Eddie Rosario, would settle for taking his talents to Double-A Superior Baseball.

With a work stoppage that is already going on for three months and negotiations in rupture after the cancellation of the first two series of the season, which was to open on March 31, Rosario flirts with the idea of ​​playing Sunday ball with the Brujos de Guayama.

“I’m ‘ready’ for Double A. I’m a reserve from Guayama. Los Brujos, there,” the Guayamé star ranger wrote on his official Instagram account on Tuesday.

Rosario, a native of the Marín neighborhood, is a reserve for the Brujos’ ninth, as confirmed by the team’s general manager, César Velázquez.

However, the 30-year-old, who is a major league free agent, is still in search of a big contract.

“He has not communicated, for the moment, neither with me nor with the manager (José De Jesús González) to come and play. If so (Rosario’s interest) he could come. He signs a contract and activates, ”said Velázquez to THE SPOKESPERSON.

The director maintained that “from time to time” he speaks with Rosario, whom he directed in the youth categories of Guayama.

“Eddie is from the neighborhood and is very loved here. Who would bitter a sweet if it were so? But seeing the reality, an injury can arise and he is waiting to get a contract as soon as he ends the strike. Of course, if the strike spreads, it would not be strange for me to see Eddie here playing, “said Velázquez.

“For us as a team and as a people it would be a stick. But seeing the reality, I understand that no. That will depend on how long the strike extends, ”she maintained.

Rosario has not been the only major league player to express an interest in playing baseball during the MLB work stoppage, whose negotiations collapsed on Tuesday.

NL MVP Bryce Harper, star of the Philadelphia Phillies, posted a message a few days ago to the famed Japan League Yomiuri Giants letting them know he was available to play this spring.

The Players Association has said players could go abroad if the lockout affects the regular season. The players’ union said it would defy any attempt by Major League Baseball to prevent players from playing internationally.

For his part, the president of the Puerto Rico Baseball Federation, José Quiles, commented that if he lets players of Rosario’s caliber play, “it would not be fair to the other teams that do not have any player of that level among their reserves.” .

The federation is making arrangements with the Puerto Rico Baseball Players Association to get them the Hiram Bithorn stadium, in San Juan, and the Yldefonso Solá Morales, in Caguas, so they can practice.

“I can give those players a chance to play, but it wouldn’t be fair to the other teams that don’t have any reserved. It’s complicated. Because many of them are not on the roster. They’re not on the team’s reserve list and any other team comes in and can set up a protest and we’re going to lose it. In addition, the teams are already prepared to play the season. What we are doing is negotiating with the Players Association to get them the Hiram Bithorn and Solá Morales stadiums, so that they come to practice in a comfortable place, where the coaches of the national team can help them with that,” Quiles said.

Guayama debuts this Saturday, at 7:30 pm, when he visits Juana Díaz. While on Sunday, at 1:00 pm, he receives a visit from Santa Isabel at the Marcelino Blondet stadium.

Receive more information about this and other news. Click here if you are a user of Android or of iPhone.

Eddie Rosario flirts with playing in Double A