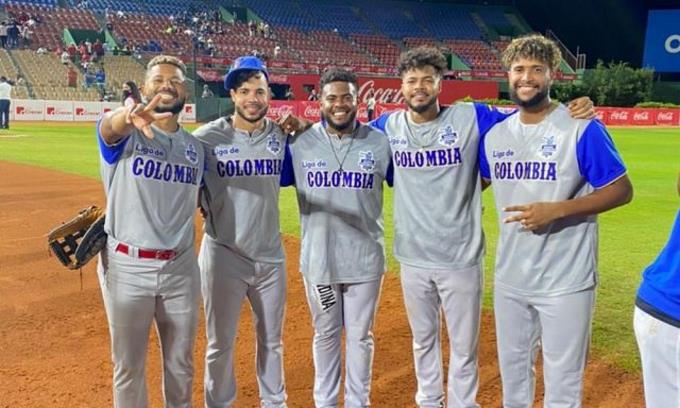 In the recent coronation of Colombia as champion of the Caribbean Series, the Dominican Summer Baseball League has a large share of prominence and responsibility.

This is so because of the eight Dominican players who were on the payroll of the current monarchs, Caimanes de Barranquilla, at least five participated in last year’s version of this event.

The aptly named League of Opportunities, not only continued to honor its great nickname in that since its foundation more than a decade ago, a large handful of players have found jobs in other countries, but on this occasion they played fundamental roles so that Colombians will raise for the first time the trophy in his three years of participation in the Caribbean Classic.

Those members of the Dominican Summer League, mainly members of the Moca Farmers, were as decisive as Fernando Pérez, who on January 31 beat the solid Dominican team 2-1, after pitching 5.1 innings in which he allowed one return and struck out to four.

Even the responsibility of launching the last three episodes in the clash that defined the trophy and glory for Colombia fell to Juan Díaz, with 1.1 acts and Rodrigo Benoit, who had 1.2, both also members of the Mocano team, the one with the most crowns. in the summer tournaments.

There is more, Porfirio López threw 6.1 innings without a hit and only lost the game because a home run by Félix Pérez of Mexico became the only round of it. There is also Edgar Figueroa, who was the batting champion this year in Colombian baseball with a robust .422 (83-35), he had limited work, as he is still injured in his right ankle and barely used up 5 at-bats.

Owner of a “sweet” bat, the outfielder hit the Colombian pitching and this offense earned him a contract to play with the Pericos de Puebla of the Mexican League.

And just as he got his agreement, like Elniery García, who threw brilliantly in the semifinal against Venezuela, agreed almost immediately to conclude his work, with the Licey and Pérez himself would have a contract tied with the Chosen One.

Last year, Figueroa, a talented outfielder, was a guest at Giants workouts, thrashed in exhibition games, but ultimately had to go play elsewhere.

“The manager of the Giants Luis Urueta recommended me to play in that baseball and together with Angel Izquierdo they helped me to play there and so I did,” says the native of San Francisco de Macorís, who is nicknamed the thunder.

“ That contribution made by this group of players who play in our League every year is the most ideal example that indicates that our Summer League must be strengthened in the country so that these boys continue to contribute to the country’s baseball in different international events. ”, Juan Núñez Nepomuceno, president of the League, expressed on his side.

He adds that after observing this outcome, the Dominican government and the main baseball entities in the country should further promote and strengthen this League, as for the last few years they have wanted to establish that the Dominican Baseball League works more closely with the Baseball Federation in the sense of creating a larger and better structure”, he added.

“There is plenty of talent in the country of magnificent players who unfortunately do not receive a place in any of the Lidom teams and so they have to sign with teams from Mexico, Panama, Nicaragua, Colombia as has been happening. “These agreements are derived from their performances in our Summer League,” Núñez said.

DR Summer League: Their contributions to the trophy that Colombia exhibits today