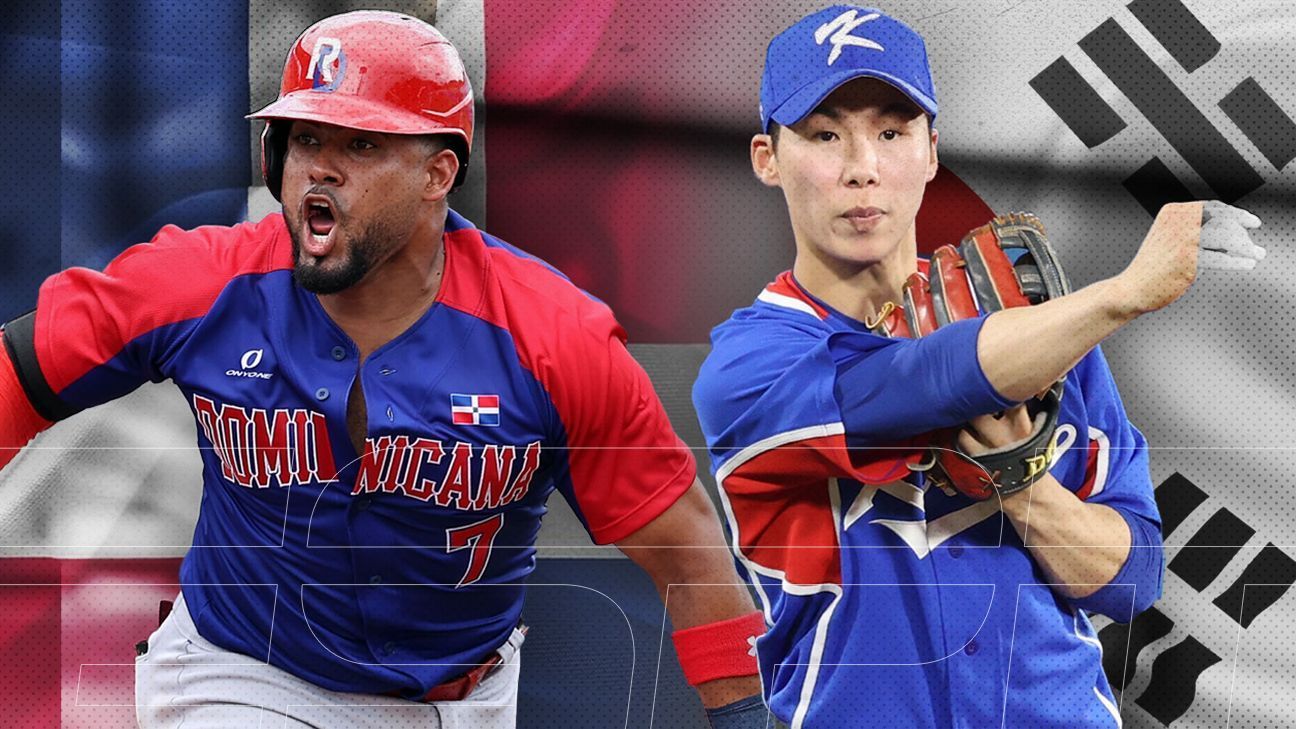 The baseball teams of the Dominican Republic and South Korea face each other in the second round seeking to advance to face Japan during the third stage of Olympic baseball.

The Dominican Republic Baseball Team will play against a practically unknown rival during the day on Sunday in Tokyo 2020, when faced with South Korea, with the opportunity to advance and face Japan on the way to the olympic medal.

The Dominicans and the Koreans have only met once in baseball at the senior team level. This meeting took place during the tournament Premier 12 of 2015, where the Asians tore the Dominican team apart ten runs for one. Additionally, they had a meeting of U23 teams which was dominated by the Caribbean with a score of nine runs versus three.

The Dominican Republic will take to the field with one of his most recognized veteran pitchers in Raul Valdes, who participated with the team during the tournament pre-Olympic of the Americas in Miami, but missed the playoff due to a back injury. On their side, the Koreans will have one of the youngest pitchers in the Olympic tournament on the mound, Euilee lee 19 years old.

The age difference is so pronounced between Valdes Y read that the veteran pitcher born in Cuba (nationalized Dominican) began his professional career in 1996 playing in the Cuban league, six years before the Korean was born (2002). Right now, Valdes He is 43 years old.

From now on, the Dominicans announced the line-up with which they will go out onto the pitch, maintaining the same line-up that gave them victory during the tight match against Mexico. Emilio bonifacio (CF) is leadoff and they follow Melky Cabrera (DH), Julio Rodriguez (RF), Juan Francisco (1 B), Jose Bautista (LF), Erick Mejia (3B), Charlie valerio (C), Jeison Guzman (SS) and the middleman closes it Yefri Perez.

So we are going to leave for our game this Sunday at 6:00 in the morning in Yokohama. #UpRD🇩🇴 # Tokyo2020 #SUN #KOR pic.twitter.com/xTu5w2tUHs

So far the Koreans have not announced which lineup they will take to the field with.

It is important to note that, until now, South Korea remains the reigning champion in Olympic baseball after winning the gold medal during China 2008, last time this sport was played in about Olympic Games. In total, the Koreans add two medals throughout their four appearances in Olympic baseball, the aforementioned gold medal and a bronze medal in Sydney 2000.

In the Dominican case, this is the second time that its national baseball team has reached about Olympic Games, being Barcelona 1992 the previous time they appeared, finishing sixth in that tournament.