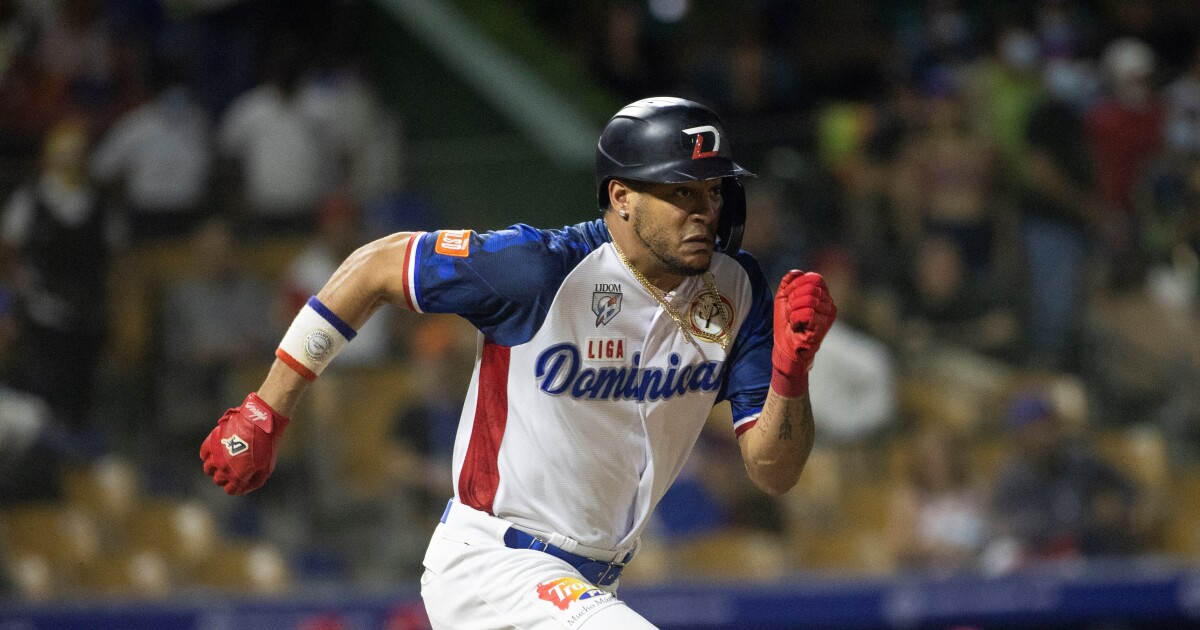 Hanser Alberto hit a sacrifice fly in the tenth inning for the Gigantes del Cibao of the Dominican Republic to leave the Navegantes de Magallanes of Venezuela on the field this Tuesday, whom they beat 8-7, in the Santo Domingo 2022 Caribbean Series .

With the victory, the Dominican Republic ensured that they would play as hosts in the semifinal and in case of reaching the final, since they finished in first place in the regular stage, with a 4-1 record in five games.

With the score tied at seven runs and one out, Alberto came to the plate and hit a sacrifice fly to right field off Danny Rondon (0-1), leading the Dominicans’ winning run, in the game with the most offense in the game. that goes from the Caribbean classic.

The Dominican team attacked the Venezuelans’ starter, Henry Centeno, scoring two runs on a single by Juan Francisco down the right lane, and in that same offensive action Kelvin Gutiérrez scored by mistake by first baseman Pablo Sandoval.

Those led by Luis Urueta added a return in the fifth chapter, due to an RBI triple by José Siri, a shot that hit the left field wall from a boat, to give the Giants a 3-0 lead at that time.

The Dominican bats returned to the attack in the sixth inning, in which they stepped on the plate three times, two of the runs added by Carlos Paulino, who hit a double to left field and the third by Richard Ureña’s single to center field.

The Venezuelans, who had fallen short by mounting threats in the second and third innings, broke the ice and executed a five-run rally in the seventh inning to put the difference by just one run (5-6).

In that productive episode, Niuman Romero hit a single to left field, which led to the first to the register, Williams Astudillo followed him with an unstoppable hit to center field, producing the second score for the Navegantes, who added two more lines for Balbino Fuenmayor’s double and recorded the fifth by ground ball to second baseman Pablo Sandoval.

The inning ended in a double elimination, when Ángel Reyes failed with a fly ball to the right field foul zone, which was taken by outfielder Henry Urrutia, who retired Fuenmayor at the plate, who tried to score from third base in the play.

Those from the Dominican Republic tried to recover part of the lost space and after one out in the seventh inning, they placed runners on first and second, but reliever Gutiérrez missed with a strong line drive to right field and Francisco struck out to end the threat.

The Venezuelans came back with everything in the eighth, managing to take the lead against reliever Reymín Guduán, when after two outs Astudillo and Danry Vásquez hit RBI singles for the Navegantes to go ahead 7-6.

Quisqueya’s men responded at the end of that inning, after a controversial play in third base, after a bunt by Ureña that catcher Anderson De La Rosa took and threw to third base, where the umpire ruled Gustavo Núñez safe, who He ran from second pad, a decision that was rectified and that produced an upset that led to the expulsion of De La Rosa and manager Wilfredo Romero.

With one out and Núñez at third base, Hanser Alberto hit a sacrifice fly to right field that allowed Núñez to score the tying return.

The Dominicans had the opportunity to take the lead in that same episode, when after an intentional base on balls to Robinson Canó, Marcell Ozuna failed with a strong hit to left field.

In the eleventh inning, as established by the rules of the Caribbean tournament, Venezuela started with a runner at second base, who was moved to third by Alejandro De Aza’s sacrifice bunt, but Fernando Abad (1-0) dominated. Romero with a fly ball to first base and Vásquez with a line drive to center field, giving way to Alberto’s game-winning shot at the bottom of this inning.

For Venezuela, Romero with two runs scored and one RBI, Astudillo with two RBIs, and Fuenmayor with two RBIs were the most prominent at bat.

This Wednesday the semifinal will be played, in which the Dominican Republic will play against Mexico.