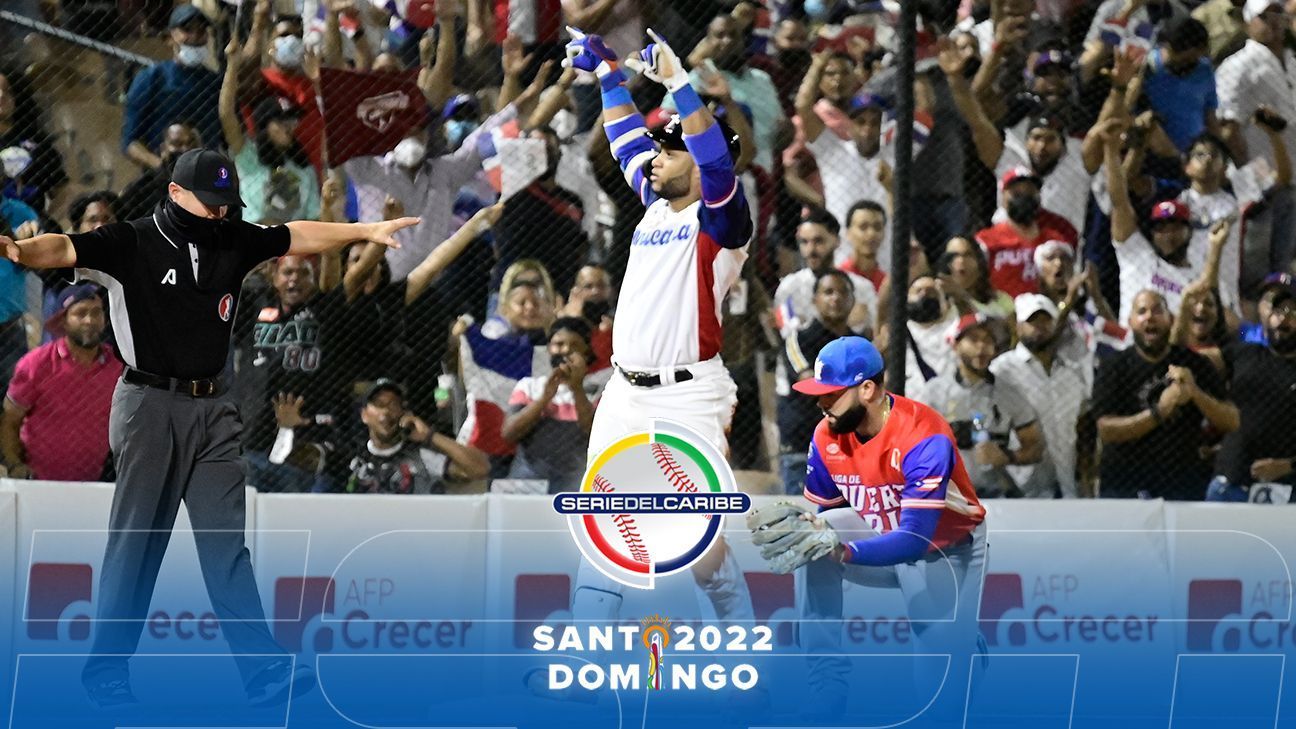 Commanded by Robinson Canó, the locals defeated their neighbors from the Isla del Encanto 5 laps by 3

In a game that began as an interesting pitching duel between Raul Valdes Y Eric Stoutended in victory for the Dominicans thanks to timely hits by Robinson Canó and Ronald Guzmán.

The Dominicans now lead the table together with the Caimanes de Barranquilla from Colombia and are in a good position heading to the semifinals of the competition.

How did they score?

The slate was painted for the first time thanks to a triple tug of Robinson Cano in the same first episode that brought Hanser Alberto to the rubber and was followed by a sacrifice fly to Marcell Ozuna’s central defender to make the match 2-0 in favor of the locals.

The Puerto Ricans responded in the sixth inning with an RBI double by Danny Ortiz to cut the lead to a minimum.

The locals thought they were turning the game one-sided when in the seventh inning, Robinson Canó hit a two-out, two-run single for Gustavo Núñez and Ronald Guzmán to score.

But David Vidal answered with a two-run homer against reliever Reymín Guduán to once again bring the Puerto Ricans closer and put the game 4 rounds for 3.

The Cibao Giants scored a save lap in the bottom of the eighth with Ronald Guzmán’s RBI single that brought Marcel Ozuna to the rubber.

On Sunday, the Dominicans, who achieved their 14th victory in a row, will face Panama while Puerto Rico faces Venezuela.