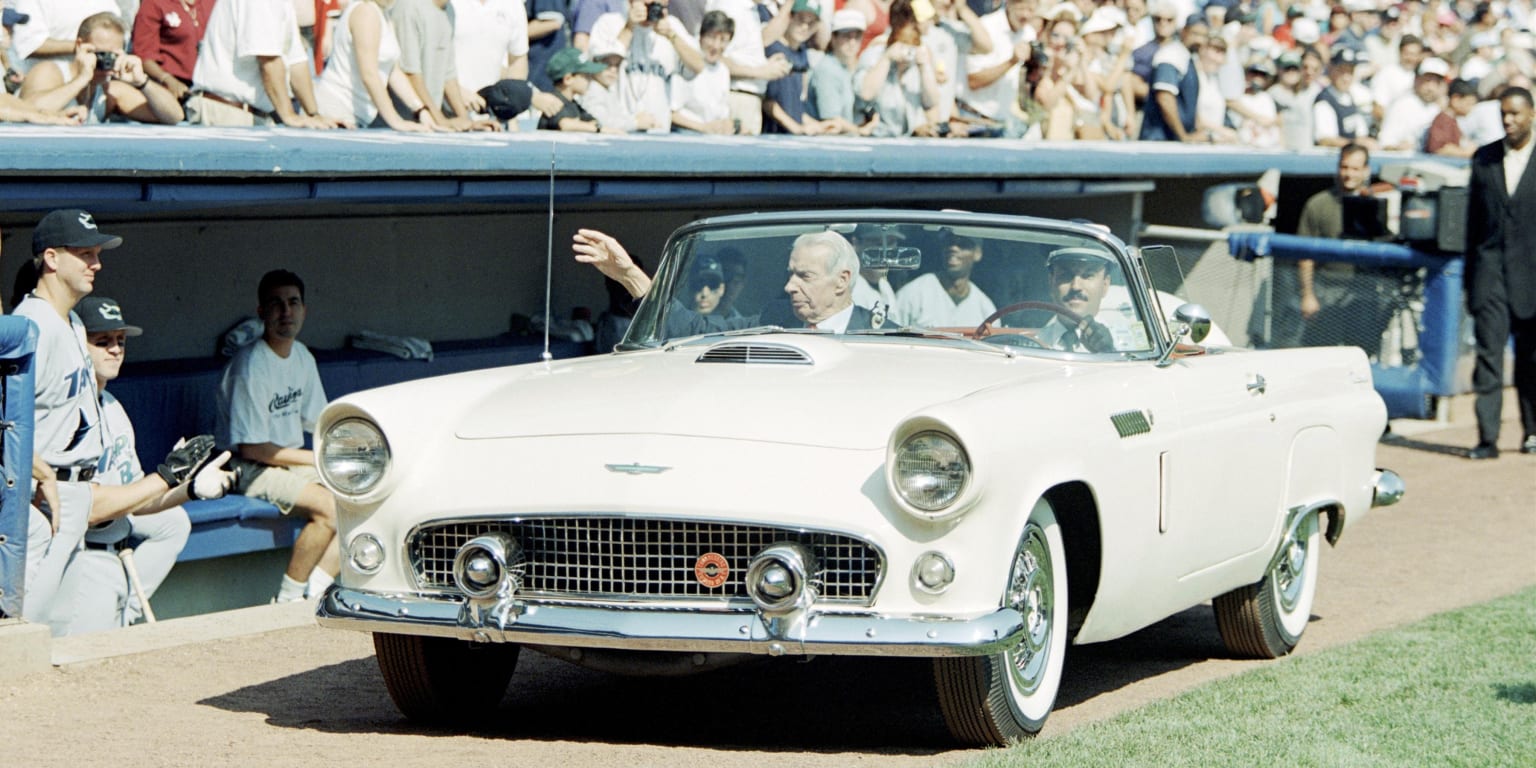 Joe DiMaggio died in early March 1999 at age 84 in Hollywood, Florida, not far from what was once the Yankees’ spring home in Fort Lauderdale. He first came to Yankee Stadium in the spring of 1936, a youngster from San Francisco, and five years later he had hits in 56 straight games. He appeared after Babe Ruth, but in time to play alongside Lou Gehrig, and then stayed active long enough to share the Yankee Stadium outfield with Mickey Mantle.

Sick as he was in the spring of 1999 with lung cancer, it is said that there was a piece of paper near his bed that said, “April 9, Yankee Stadium or nothing.” He still had hopes, that last spring, of returning to the ballpark for one more ceremonial first pitch and one last standing ovation.

Former Mets player Ron Swoboda once told me this about DiMaggio:

“Joe DiMaggio is what you get when you mix mystique with grandeur.”

DiMaggio was at Yankee Stadium for his final Opening Day in 1998, the start of what turned out to be the best season the team has ever produced, including DiMaggio’s Yankees. I was lucky enough to spend a lot of time with him that day, including when he stepped out into the hallway outside the Yankees’ clubhouse and threw a few pitches to get in the mood, a perfectionist to the end.

“You never want to look bad,” DiMaggio said before walking under the sign with his own phrase — “I want to thank the Lord for making me a Yankee” — and into the Yankees’ dugout and finally onto the field, where he heard a standing ovation. plus.

I was lucky to get to know him better in the last years of his life. A few years earlier, I had gone to Fort Lauderdale Stadium for a charity game – a retired players’ game to benefit Joe DiMaggio Children’s Hospital – and sat with him for several hours. One of his best friends was Bill Gallo, the great cartoonist for the New York Daily News. More than once I walked into Bill’s office and DiMaggio was sitting there.

The first time Bill introduced me to him, I called him “Mr. DiMaggio.”

For some time, my sister Susan lived in San Francisco, not far from the DiMaggio house. She once saw him walking and introduced herself. After that, many times they went for walks together. She tells me that he would talk about himself, or tell baseball stories, only if she asked him first. DiMaggio has to be the most secretive and careful superstar of his private life that we have ever seen. Which, of course, only added to that mystique of his, even after he married Marilyn Monroe after his retirement.

But my favorite memory of Opening Day 1998, his last in the old ballpark, was that after throwing his first pitch, he had to go upstairs to the Yankees’ offices and owner George Steinbrenner’s suite. I was waiting for him when he came off the field and he told me, “Walk with me.” Of course I did.

As we got into the elevator, he found himself surrounded by several girls from the United States ice hockey team, who had just won the gold medal at the Winter Olympics in Nagano, Japan. When we got off on the floor where the offices were, one of the players, Katie King, introduced herself to her and told her that before every game they played in Nagano, the coach would get them together and tell them to have a “Joe Day.” DiMaggio.”

DiMaggio smiled. “What is that?” he asked.

“The coach said one time late in the season, after the Yankees had already clinched the pennant, somebody wanted to know why you played so hard that day in a game that didn’t matter,” King said. “And you said it was because maybe there were people in the stadium who had never seen him play and he deserved to play as well as he could.”

Still smiling, old Joe told him, “It was against the St. Louis Carmelites.”

He returned to Yankee Stadium in September of that year, when his old friend Phil Rizzuto presented him with replica World Series rings (DiMaggio played in 10 Fall Classics with the Yankees and won nine, losing only in 1942) that had been stolen from his home. Lexington Hotel room in 1960. The only one he had at that time was the one from his first World Series, the one from 1936, the only one he ever used.

Maybe it was perfect that there was no microphone that day. After Rizzuto handed him the rings, DiMaggio walked off the field, to a standing ovation, without having to say anything, on what the mayor had proclaimed “Joe DiMaggio Day” in New York.

Another one of those, in that city, in that place, for Mr. DiMaggio.

DiMaggio’s last goodbye in the Bronx