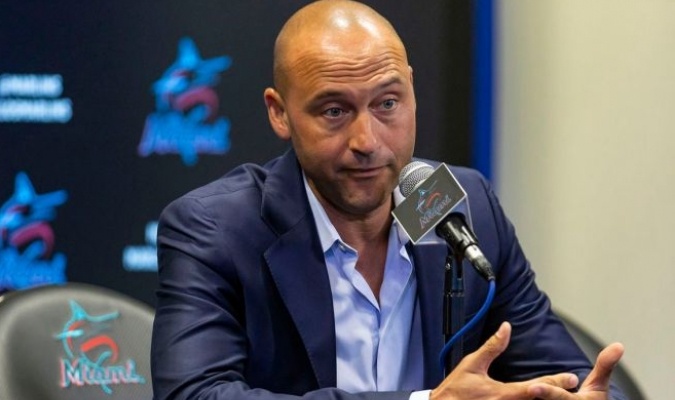 Derek Jeter’s departure from the Miami Marlins is said to be more a result of owner Bruce Sherman’s decision than Jeter’s.

Barry Jackson of the Miami Herald notes that Sherman had apparently told an associate that it would be difficult for him to publicly fire Jeter, even with Sherman’s discontent over low attendance numbers, among other issues.

So a mutual farewell was discussed. The former shortstop had one year left on his contract and was not going to get an extension.

For their part, Jeter’s backing group has lent weight to the message that the team changed its mind about spending at least $10 million more this offseason, but a team source privately disputed that.

This Monday, the member of the Hall of Fame announced that he would not continue with the group based in Little Havana.

“Today I am announcing that the Miami Marlins and I are officially ending our relationship and I will no longer serve as CEO or shareholder of the Club,” Jeter said in a statement. “We had a vision five years ago to turn the Marlins franchise around, and as CEO, I’ve been proud to put my name and reputation on the line to make our plan a reality. Through hard work, trust and and responsibility, we transformed every aspect of the franchise, reshaping the workforce and developing a long-term strategic plan for success,” Jeter said Feb. 28.

“That said, the vision for the future of the franchise is different from the one I signed on to lead. Now is the right time for me to step aside as a new season begins,” he continued.

“My family and I want to thank our amazing staff, Marlins fans, Marlins players and the greater Miami community for welcoming us with open arms and making us feel at home. The organization is stronger today.” than it was five years ago, and I am grateful to have been a part of this team,” he added in his statement.

The Major League Baseball immortal and winner of 5 World Series rings, he spent five years with the Marlins as co-owner and CEO.