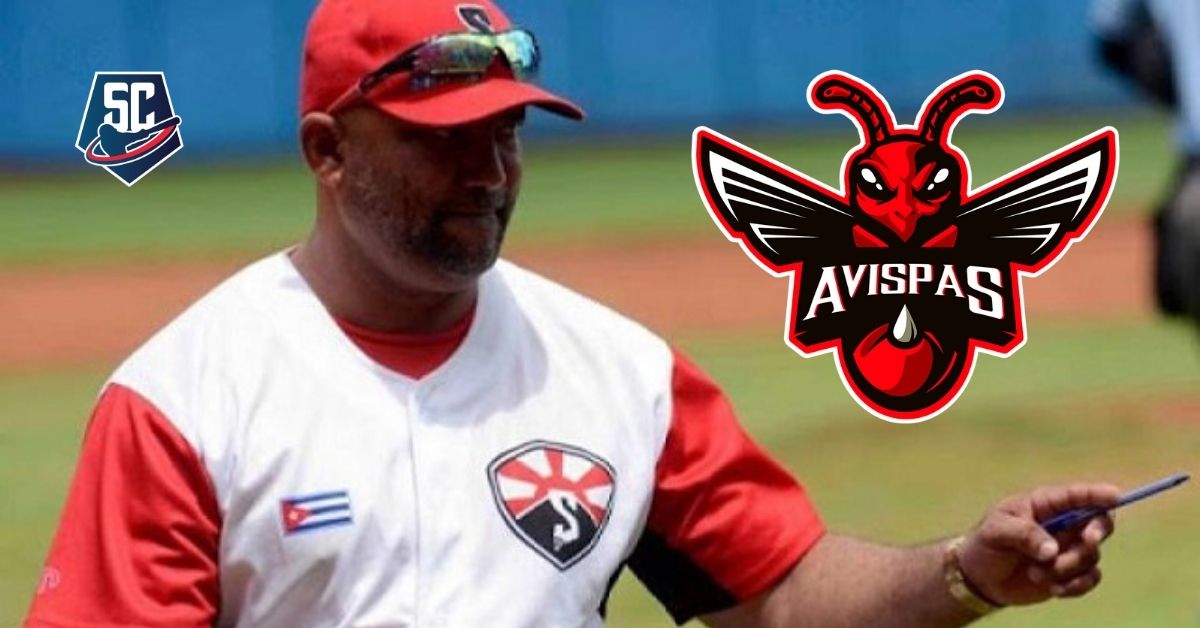 After more than eight months of waiting, this Sunday, January 23, the 61st edition of the National Series of Cuban baseball, with the inaugural match between Alazanes de Granma against Cocodrilos de Matanzas, duel settled with victory of the yumurinos 4 × 3, at the Martyrs of Barbados Stadium in Bayamo.

Next Tuesday, the 25th, the rest of the 14 teams participating in the contest will take to the ring, including the Avispas de Santiago de Cuba, who will debut against the Cubs of Holguín as visitors at the Calixto García.

It may interest you: LOW in Camagüey, Borroto laments: “It will be very difficult to reach the level we had with them”

Directed again by Eriberto Rosales, the indomitable will start Series 61 with the aim of qualifying for the postseason again and improving the sixth place achieved last season, after losing against the Las Tunas Leñadores in the quarterfinal playoffs.

In a recent interview, days before the start of the Series, Rosales manifested told the Cuban News Agency that “the team has had to make adjustments due to the absence of Edilse Silva, who was their top pusher, with the strategy of making the game small and taking advantage of the speed of the players to score runs.”

«We already have outfielder Yoelkis Guibert and second baseman Santiago Torres for the start of the championship, who finished their contracts in Mexico and Panama, respectively; which constitutes a strength for the whole from the offensive and defensive point. In addition, we have new talents such as catcher Harold Vázquez who hit four home runs in the preparation games, ”said the Wasps helmsman.

It may interest you: DECISION of Pinar del Río: Manager of Vegueros CLARIFIES absences in the roster

Rosales explained that while he’s not worried about the team’s offense, usually the highlight in Santiago, he should pay special attention to the pitchers. “The pitching area is still the weakest link, that’s why we have five coaches who put a lot of effort into improving this important department,” he added.

As is known, in recent weeks the indomitable suffered a very noticeable loss in their ranks, when just a few hours after the official roster was announced, it was learned that the talented pitcher Yunior Tur, the main closer of the cast, was missing. Although his case has not yet been clarified, it is presumed that he has escaped from Cuba to abroad, so his place was taken by fellow pitcher Adrián Sagarra.

To fulfill Tur’s role, Rosales has already decided who will be his replacement: “rookie Eider Yasser Pérez will be the team’s closer.”

It may interest you: OFFICIAL: Yunior Tur CAUSED WITHDRAWAL from Santiago to Series 61

King Isaac, Cast Hitting Coach, declared that the team had a good preparation during the preseason “to play a small baseball, based on the speed of the runners, the running and hitting, the stealing of bases, the touch of the ball, given the low capacity for long-distance hitting” and they are still working to assign functions within the line up.

“We must identify which hitters are going to run at a given time, who will face left-handed pitchers, right-handed pitchers and determine emerging hitters, with the appreciation of the coaches and the statistical work of the sabermetrician,” added Isaac.

It may interest you: CONFESSED Eriel Sánchez: What happened to Pedro Álvarez?

Rosal’s manager reported In addition, one of its best pitchers, Alberto Bisset, will not be able to be with the team at the beginning of the season due to health problems related to the extraction of a tooth, which leads to compliance with the stipulated rest period.

The leaders of the pitching staff will once again be the talented right-hander Carlos Font, the veteran Danny Betancourt, the experienced Pedro Agüero and always dominant Yoendris Montero, together with the youth provided by left-handers Jaime Pelegrín and Luis Angel Fonseca.

It may interest you: The day Víctor Mesa CRIED on a baseball field

In less than 48 hours, Santiago will debut in the 61 Series and both his manager and the players ratified their commitment to improve last season’s performance, for which the support of the Wasps’ fans will be very important.

“We always ask the fans to support the boys. They live for baseball and are combative, brave, and I am sure that they will give everything on the field to obtain that medal that they have been waiting for from us for years, “concluded Rosales.

It may interest you: LAST MINUTE: Another stadium ANNOUNCED prices and public admission in Series 61

The team captain, Adriel Labrada, also referred to the Santiago team and his responsibility within the group:

«The team is in a position to take on a greater challenge (…) A great group has been put together and I think we have everything necessary for it. (Being a captain) is a big responsibility. Figures such as Antonio Pacheco, Rolando Meriño and Alexei Bell, among others, have passed through here. It’s an honour, because my teammates trust me, so I can’t let them down.”

It may interest you: “Exile alienated my family. We are not deserters!” declared cuban major league

DECIDED Rosales his closer, Bisset WILL NOT START with Santiago