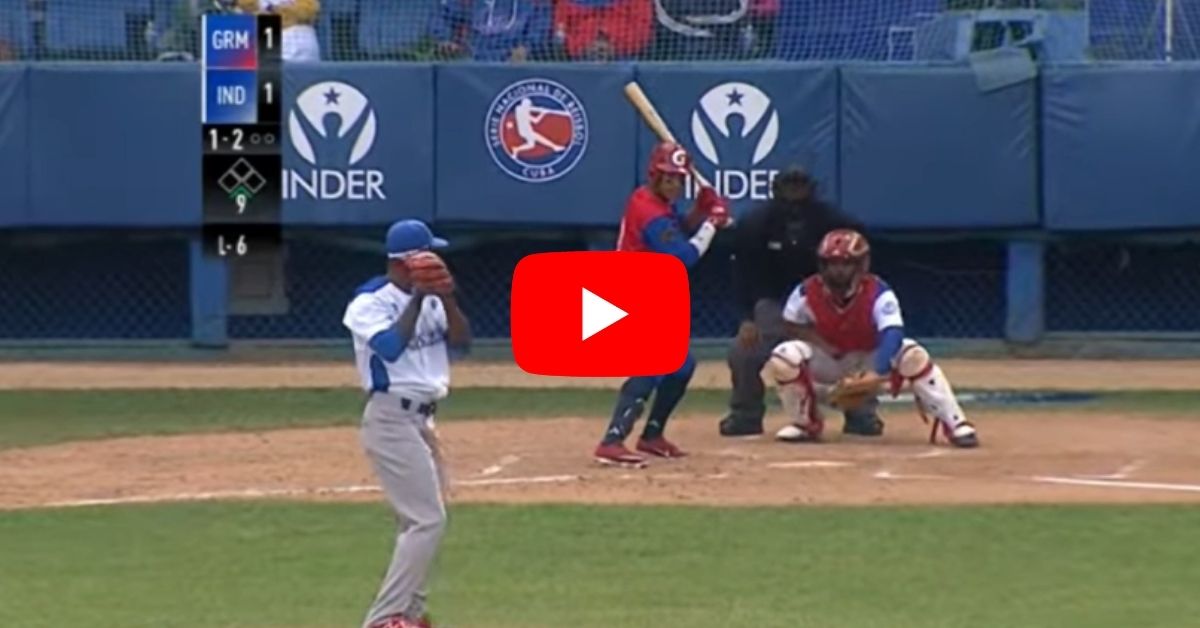 On the day of this Sunday, January 30, the actions of the 61st edition of the National Series continued. The capital’s Azules were outclassed by the current Cuban champions, Alazanes de Granma, while Villa Clara and La Isla swept their rivals, Toros and Cachorros, respectively, while the Cazadores de Artemisa hit their arrows at the Indios del Guaso, giving them back the defeat suffered yesterday.

For the second day in a row, Los Leones de la Capital and Los Alazanes de Granma met at Coloso del Cerro in a match that featured the two starting pitchers; Joel Mojena for the Orientals and Marcos Ortega for the locals.

Both pitchers managed to overcome all the difficulties of the rival batters without many complications. For Marcos Ortega, it was the opportunity to demonstrate his quality to his audience, the specialists and the management body of Industriales. Eight full innings he pitched the Blues’ 82nd with just one run allowed; product of a solo home run by Guillermo Avilés in the seventh inning. Sadly, Ortega could not schedule the victory since his substitute; David Mena allowed a home run by Raico Santos in the ninth to right field.

Joel Mojena was the victim of the combination of Donnie Boza, who came on for Santoya in the first inning, and Andrés Hernández who in the fourth inning made Industriales’ first and only run in the game after bringing the debutant to the rubber after a connection 27 to right field. But the pitcher from Granma knew how to “relieve himself” and although Boza and Andresito tried to tie in the ninth, the right-hander’s experience came to the fore again.

With one out on the board, Boza hit Rolling for Osvaldo Abreu, who was complicated in the fielding and when throwing to the initial, the ball escaped Avilés, which allowed the batter to slip into second base. Roberto Acevedo would enter to run for the one who took advantage of the opportunity offered by Guillermo Carmona today. Jorge Alomá grounded up the infield and Acevedo cleverly slipped into third. Andrés Hernández came to the batting cage and, with the responsibility of tying the game on his shoulders, took a punch billed by Mojena, which left an enthusiastic “Latino” with a bittersweet taste. Granma’s 2×1 victory over Industriales closed the afternoon.

The highest scores after the industrialist defeat went to Marcos Ortega who threw a great ball game and Donnie Boza, youngsters on this team but who shouted loudly “here I am” and there was no better rival than the national champion for this. On the other hand, David Mena suffered his second defeat of the campaign and leaves much to be desired at this start.

Pedro Jova’s Leopardos humiliated Camagüey for the second consecutive day by knocking them out twelve runs for two. Between yesterday’s game and today’s, Villa Clara made 22 runs to the pitching from Camagüey and hit 34 hits. Elier Carrillo was the winning pitcher of the match and Ángel Luis Márquez took the loss.

The fourth and sixth innings for Las Villas were the most productive, making three and five runs, respectively. Reidel Pedraza was the highlight of the match batting 4-2 and driving four runs. One of his connections was a triple in the fourth inning to bring in Magdiel Gómez and Cristián Rodríguez.

The Hunters of Artemisa defeated the Guaso Indians three runs to zero, with victory to the left-hander Misael Villa, who pitched a very good game: eight complete innings without allowing annotations. The rescue was by José Ángel García; the 274 of his career and further enlarges his record within the National Baseball Series and strengthens the poster of: living legend of Cuban baseball.

On offense for the Artemiseños, Gabriel Garbey stood out, batting four-two with an RBI, the defeat was for Enyer Fernández, his second of the season).

At Cristóbal Labra, Armando Johnson’s team gave the Holguin team of 3×0. The victory went to the account of Alberto Hechevarría, his first in national series, to put the second victory of La Isla in the standings.

The meeting became closed throughout its course until; in the seventh, eighth and ninth the islanders made a run in each of these innings. Dainier Gálvez was the highlight of the game when he batted 3-3 with an RBI. Leonardo Urgellés also drove in a score and his work was one hit in three at-bats. Lost game for Luis Ángel Gómez who also has two defeats in this section and the save went to the account of Franklin Quintana.

In other results Santiago de Cuba beat Pinar del Río 2×0 and with this he swept the green-legged cast; Mayabeque defeated Sancti Spíritus 11×6 and continues undefeated at the head of Series 61; Ciego de Ávila also swept Matanzas by beating them 4×2, while Las Tunas won the game against their similar player from Cienfuegos with a score of 5×1.