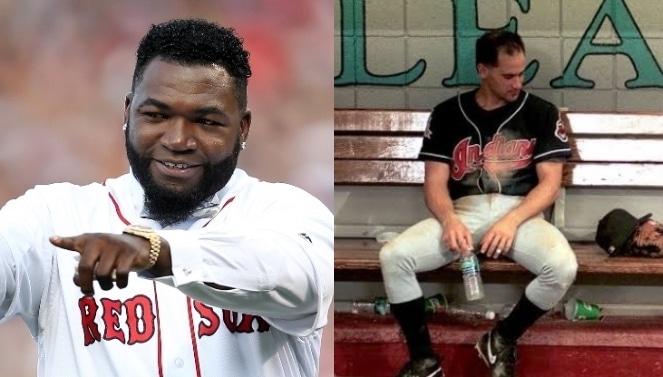 We are going to analyze the subject of David Ortiz and Omar Vizquel: The Chosen vs. the Outcast from the Major League Baseball Hall of Fame.

It is evident that at the beginning of the voting for the 2022 class of the Hall of Fame they have favored the same and perhaps in a surprising way the great Big Papi David Ortiz.

The statement made is not because David does not deserve to enter Cooperstown, but because it is his first year on the ballot, there were some events where Ortiz was involved in legal proceedings including the attack he suffered against him.

Added to this, his condition as a designated hitter for a sector of the ball does not make him attractive, although the entrance to the temple of the immortals of Edgar Martínez, who always played DH with the Mariners, can silence many mouths, endorsing Ortiz’s candidacy.

As you can see in the table attached to the article, you can clearly see a trend that Big Papi’s chance of entering the HOF is real, although there are many ballots yet to be revealed.

When 49 ballots had been unveiled, the Dominican had 83.7%, so a possible election of Big Papi in class 2022 is possible.

Time for my first set of 2022 Hall of Fame projections, based on 52 ballots in @NotMrTibbs‘s Tracker. Sample sizes are still very small (note the massive 95% confidence intervals). But early returns suggest that David Ortiz has a real chance to be elected this year. pic.twitter.com/62FQVuYovw

It would be interesting to review if it is the first time that a candidate who has 49% of votes in a year for the HOF, in the next is hovering around 10% and with the risk of not even getting the 5% required to remain on the ballots for next year.

I can’t say that Omar was a safe candidate to join the HOF last year, but he was on the right track.

Now, with the personal scandals of his wife’s complaint for domestic violence and the sexual harassment lawsuit against him, voters have decided not to give him their vote until their legal situation is resolved, as if they were the natural judges of the court cases.

How can we see, while Ortiz has a good lead while Omar is among the worst voted, headed for an exclusion from the HOF.

Whoever writes to you is happy with the pace of the Dominican, who is a legitimate member to be in the HOF, because he made history in the majors with the Boston Red Sox and the temple of the immortals is reserved for historical figures how the Big Papi.

But the attitude of the HOF voters does not seem fair or correct to me, since they give more credit to a series of reports by Ken Roshental to a possible judicial resolution that declares Omar’s innocence, because at least in the demand he has of sexual harassment, he formally replied that he is innocent of what he is accused of.

While in the case of his wife, he publicly denied having committed domestic violence against his spouse.

I do not want to imagine an Omar out of the ballots and then the sentences come out declaring the innocence of the Creole, then the voters will have to see how they handle that situation.

So at this moment we have an elected and an expelled from the Hall of Fame.

David Ortiz and Omar Vizquel: The Chosen One vs the Excluded One of the HOF (Opinion)