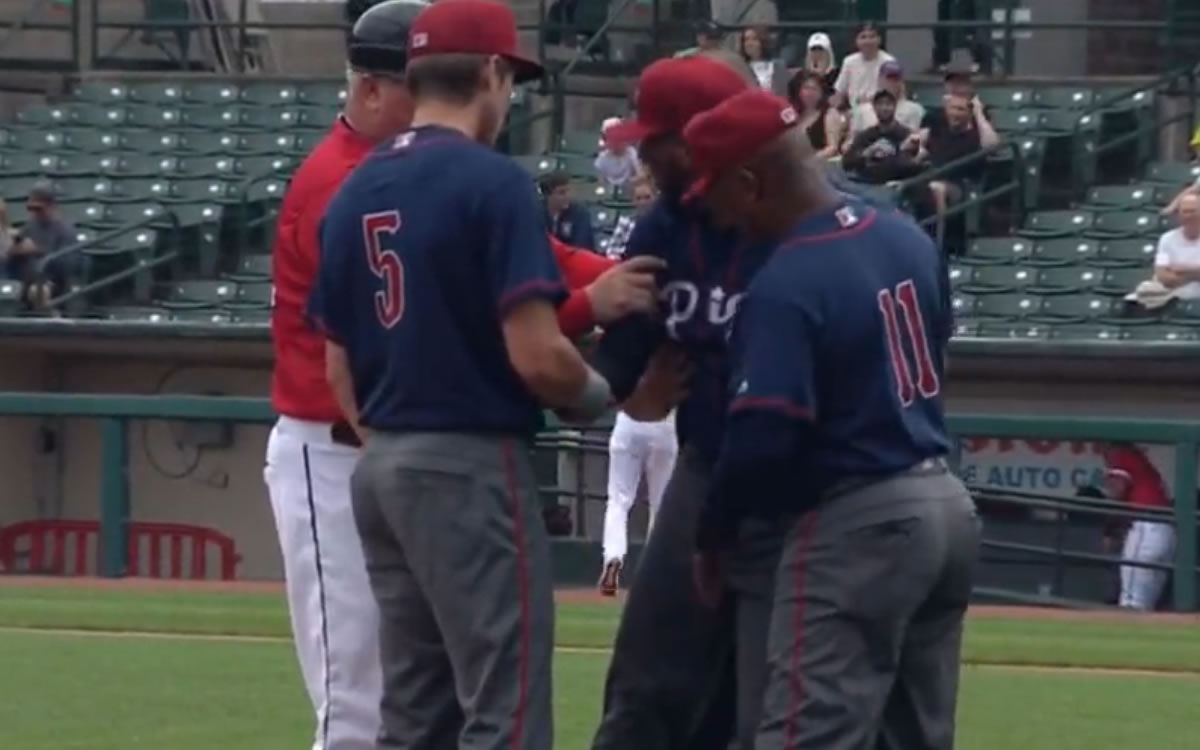 
What a dramatic moment that was lived in the Minor leagues MLB when the Venezuelan player, Daniel Brito, suffered a stroke in the middle of the game during the first inning of the match in which he participated with Lehigh Valley, which is the branch of the Philadelphia Phillies.

What happened to Daniel Brito?

According to reports, the Latino baseball player presented balance problems and was supported by the rival third base coach. When his teammates and coaches asked him what was wrong, Brito had difficulties speaking and shortly thereafter collapsed with seizures.

For 20 minutes it was attended by paramedics on the diamond to later take him to an emergency hospital, where he was already subjected to two brain surgeries to save your life.

Unfortunately when it comes to sports, medical prognoses suggest that Daniel Brito will not play baseball again. This season, the Philadelphia prospect averaged .296, with 14 doubles, 6 home runs, 22 RBIs and 37 runs scored.

Venezuelan Daniel Brito collapsed and convulsed in the middle of the field at AAA during a game in the 1st inning, he was on the floor for 20 minutes and was treated by paramedics.
Our prayers with him. ????????#Phillies pic.twitter.com/BPpq429Dqq

Daniel Brito is intubated, but evolves

Through a statement, the Phillies reported that “Daniel Brito is in stable condition and is accompanied by his girlfriend and mother”, who flew from Venezuela to be with his son, who according to reports from the Venezuelan media The Emergent: “He is intubated, but responds to small commands such as shaking hands”.