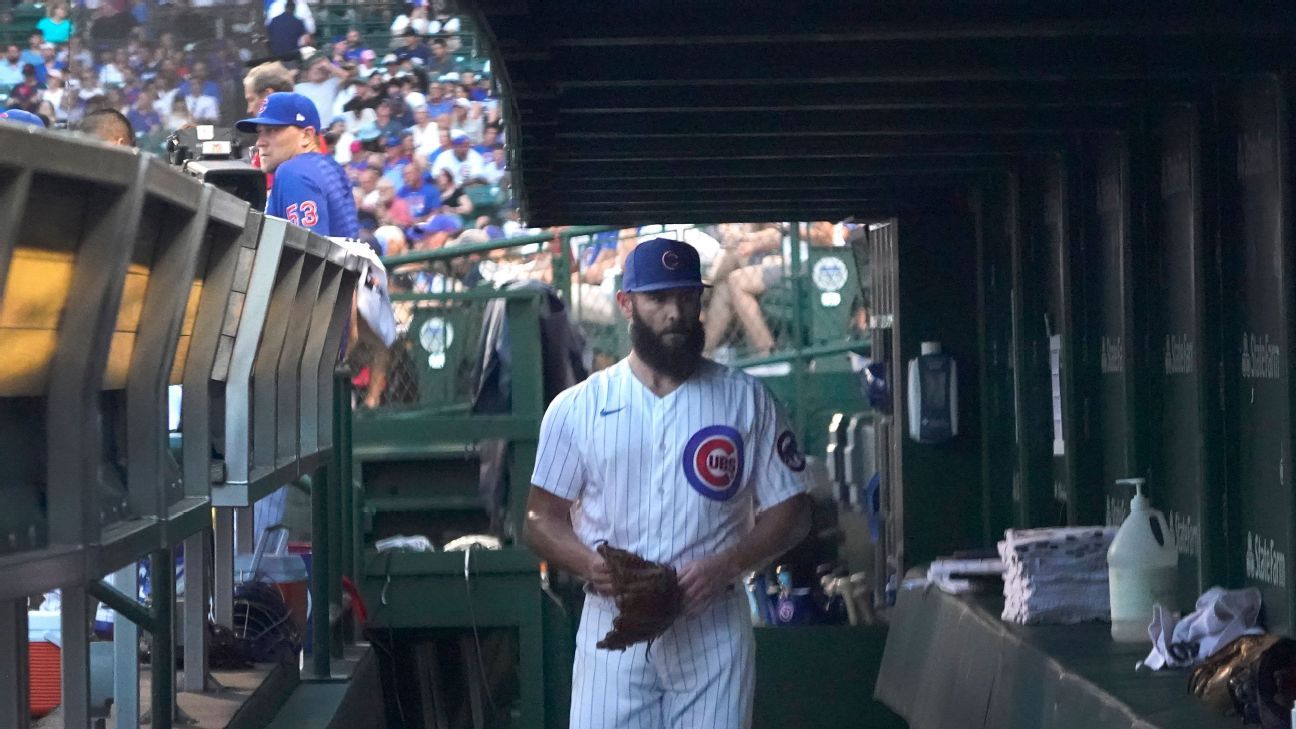 CHICAGO – The Chicago Cubs placed right-hander Jake Arrieta on unconditional release waivers, a day after he allowed seven runs on eight hits in the first inning of a 10-0 loss to the Milwaukee Brewers on Wednesday night.

“(Jake) was struggling, he wasn’t getting far on his outings,” said Jed Hoyer, the Cubs’ president of sport. “We have been patient and we try to overcome it and hopefully he can recover and shoot better. We weren’t at that point ”.

Arrieta is 5-11 with a 6.88 ERA in his second stint with the Cubs. He pitched for them previously, from 2013 to 2017, when he won the Cy Young in 2015 and helped Chicago win the World Series title in 2016, but his ERA has risen for six consecutive seasons, including three with the Philadelphia Phillies.

“At the beginning of the season, his pitches were better. As time went on, things started to fall down a bit, whether it was due to some injury issues, age, or whatever. He did everything he could to be successful, ”Hoyer said of Arrieta.

From May 19 through his court, Arrieta’s ERA was 9.00. Wednesday’s game wasn’t even the worst start against the Brewers this season. That came on June 30, in Milwaukee, after leading 7-0 in the first inning. Arrieta lasted just one and two-thirds inning on the mound, as the Brewers scored 15 unanswered runs in a victory that would help the Cubs decide whether to offer or acquire players at the trade deadline.

Hoyer chose to remember the good times with Arrieta, when the pitcher was one of the most dominant in the majors. He was 22-6 with a 1.77 ERA the year he won the Cy Young.

“Nothing that happened on the hill (on Wednesday) against Milwaukee or in other games, in any way, minimizes their role in the history of the club,” Hoyer stressed about Arrieta. “One could say that he is one of the most influential people in franchise history.

Upon returning with the Cubs in 2021, Arrieta reunited with David Ross, who was the catcher for the pitcher’s second no-hitter game and guided Chicago to the 2020 NL Central Championship in his first season as manager.

Ross said the decision on Arrieta was difficult.

“He is a friend, a guy to whom I am very grateful for what he has given me. It’s something that just sucks, ”Ross lamented. “I try to forget things like last night (Wednesday), look at what he has done for the organization, how consistent was the time I was with him in 2015 and 2016.”

Arrrieta had signed a one-year, $ 6 million deal with Chicago for the 2021 season.

The Cubs also put tacher Wilson Contreras on the 10-day disabled list with a knee injury that worsened when he did blocking drills. The team called Ryan meisinger and catcher Auston Romine from the Triple A Iowa chapter to take the place of Contreras and Arrieta on the roster. Left-hander Kyle Ryan was also sent on assignment.

Chicago had lost seven straight games and is 2-13 since the All-Star Game when they traded to Anthony Rizzo, Javier Baez Y Kris bryant.

Hoyer insisted that the current version of the Cubs will not be the team that will make it into next season.