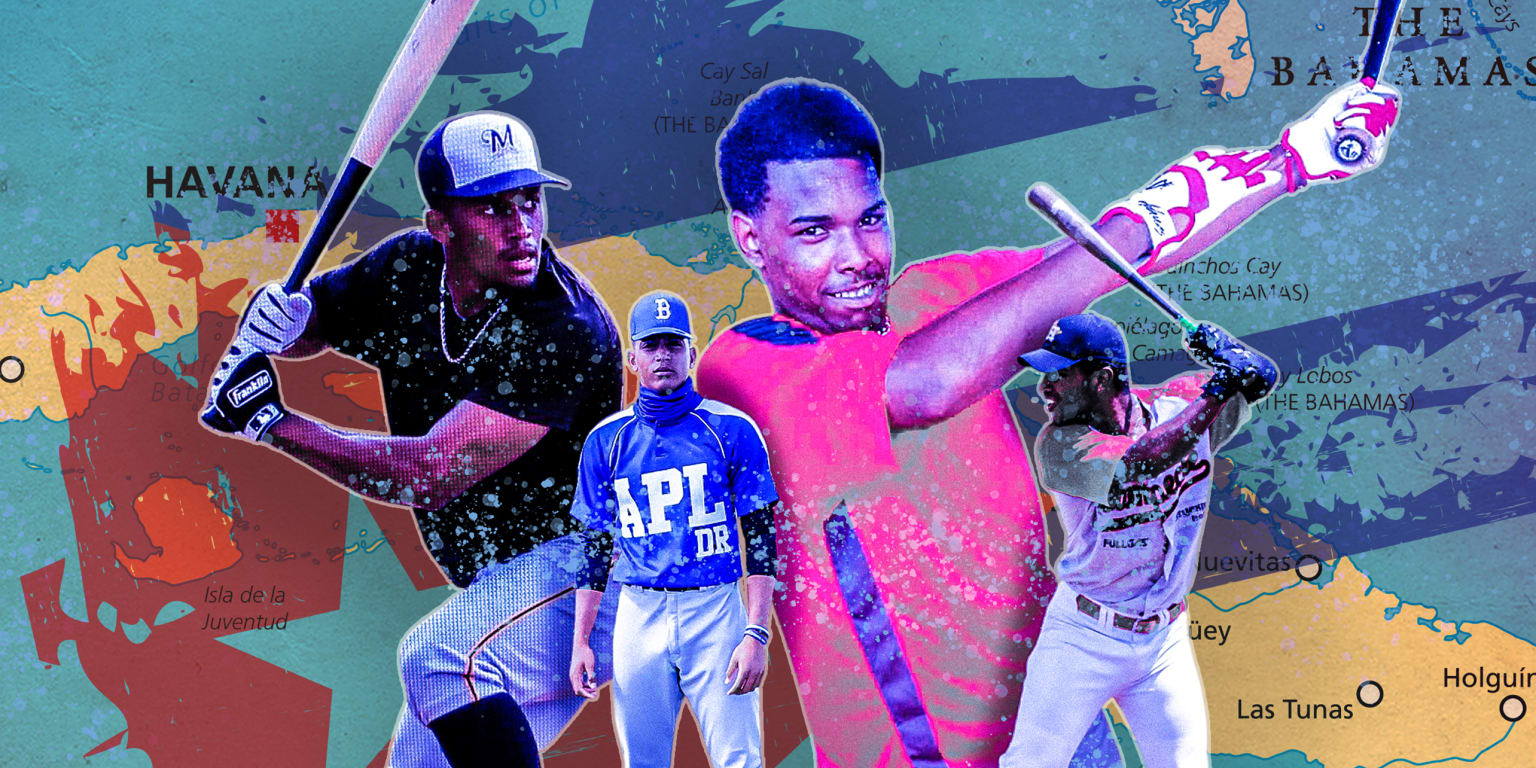 Currently, there are more than 150 Cuban players between the Major Leagues and the minor leagues. And there could be more on the way.

Several Cuban players are expected to sign during the international signing period, which will begin on January 15 and conclude on December 15. Some of those prospects would be players with experience in the national team and in the National Series.

These are the best Cuban prospects to watch during the international signing period:

Cesar Prieto, 22 years old, INF: Prieto left the Cuban national team in West Palm Beach, Florida in the major past and later settled in Tampa. At the time, he had a 44-game hitting streak in the National Series.

Of good athletic ability, Prieto has shown good instincts and the ability to play in various infield positions, as a super utility. For now, it is the bat, not the glove, that adds the most value in Prieto’s case, despite questions about his power. He is considered an average defender at second base, with room for improvement. That said, some scouts consider him a talent “worthy of the first round of the Draft.”

In general, Prieto has the potential to be an everyday player and can be compared to his compatriots Aledmys Díaz and José Miguel Fernández, with a little more athletic ability and speed.

In five seasons in Cuba and a total of 244 innings, he gave up a single home run. Arrived in Miami with a Spanish passport, Guillén was declared a free agent in November and is represented by Hastings.

Loidel Chapellí Jr., 20, OF: The outfielder is one of the 12 Cuban players who defected during the U-20 World Cup in Mexico. He could be the best hitter of all.

Jeison Martinez, 22, INF / OF: Martínez left Cuba at the end of 2000 after hitting .365/.436/.528 with 26 extra-base hits in 71 games for Mayabeque in the National Series. He exhibits good bat speed with some power, as well as the ability to hit the ball well to the opposite side. On defense, he is a natural second baseman, but he can also play in other parts of the infield and in each of the outfields. Martínez is represented by Andy Mota of the Wasserman Group and has a showcase scheduled for January 18 in the Dominican Republic.

Jose Lazaro Contreras, 16, OF: Two words: Power and speed. Contreras has a lot of potential, due to his strong and athletic physique. He’s been measured in 6.4 seconds on a 60-yard dash and he knows how to hit the ball with authority. He has been training for more than a year in the Dominican Republic. The Rays are the favorites to sign him.

Jonathan Linares, 16, C: The switch hitter makes solid contact and could show off some power down the road. He has been seen as a good defender, with a strong arm and good instincts. The Angels are the favorites to sign him.

Brander Guevara, 19, RH: A member of the U-18 team at the 2018 World Cup, the young man is considered by many scouts as a potential starter. It has exhibited good mechanics with solid arm action and durability. He spent some time in Costa Rica in December, before moving to the Dominican Republic to show his talent. Guevara’s fastball is 90.91 miles per hour and he is believed to hit 93-94 on a consistent basis.

Alberto Hernandez, 17, SSThe athletic 6-2 player left Cuba in 2020 and placed himself on the radar of the international scouting community. He’s a solid runner with a good arm. He batted .442 with 13 doubles, three triples, one home run and 27 RBIs for Isla de la Juventud in the last Under-16 national tournament, in addition to 14 walks and eight strikeouts. The Astros are the favorites to sign him.

Luis Antonio Perez Hemminges, 18, INF: Pérez can play both shortstop and third baseman, but could settle better in the hot corner, due to his size and skills. He left Cuba in 2021 as one of the best U-18 hitters on the island, with a line of .322 / .453 / .466 and 13 extra-base hits in 36 games. He was recently declared a free agent and hails from Las Tunas, as is Astros designated hitter Yordan Alvarez.

Reimi Garcia, 19, RHP: Garcia has a 92-94 mph fastball, a change, slider and curve. The Havana native was 3-1 with a 1.17 ERA in 30.2 innings at the U-18 tournament in Cuba. He struck out 44 batters and held the opposition to .111 in that stretch. He is represented by Culture 39 and has given exhibitions and showcases for various teams.

Carlos Espinosa, 19, RHP: The Espinosa straight has reached 95 miles per hour and also features a curve, slider and derailleur. It is a power launcher that has been praised for its mechanics. He has the potential to pitch in multiple roles. He left Cuba at the beginning of 2020.

Cuban prospects to watch in 2022