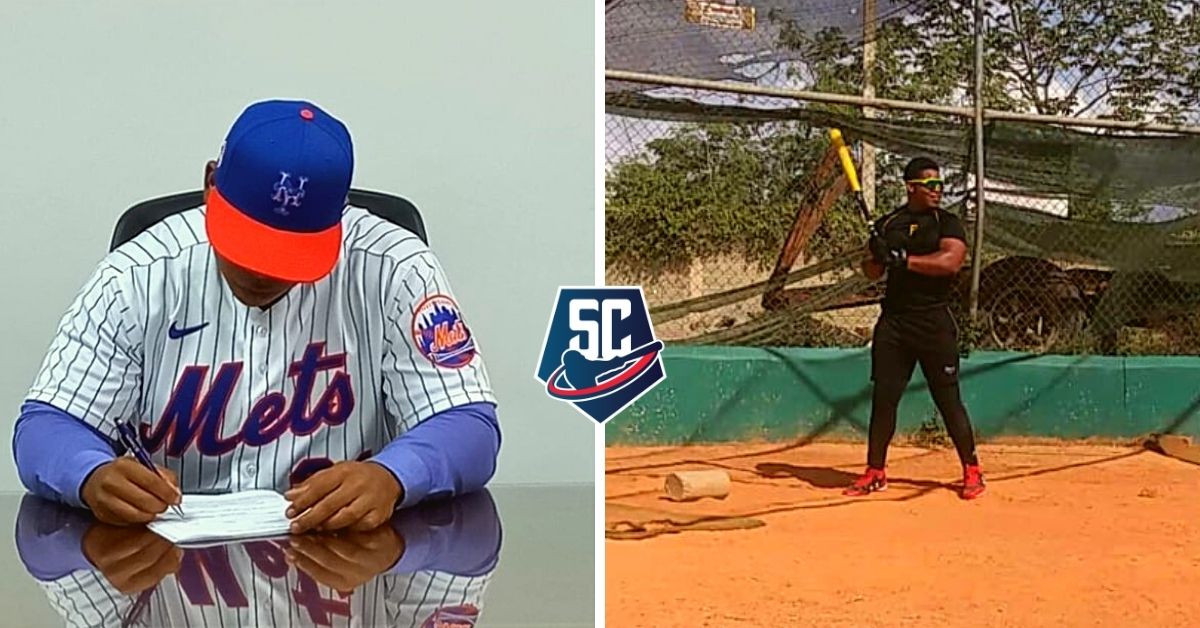 More and more Cuban baseball talents are managing to sign professional contracts in the United States franchises, proof that there is confidence in the growth and development of the prospects that leave the Island. Many of them are unknown to most of the fans. Antillean, the boys – almost children in some cases – leave their country behind to pursue the dream of playing in the Major Leagues.

Perfectly adjusted to this line we find the story of Santiago native Yordis Perera Bridón, who left Cuba in 2019 while still a youth and has now managed to sign his first major contract with the New York Mets. according to a report by Francys Romero.

Declared a free agent by the Commissioner’s Office since the beginning of March, Perera joins the New York organization, one of those with the fewest young Cubans. In fact, before the signing of the indomitable, only receiver Ariel Yera appeared on the lists.

It may interest you: LAST MINUTE: There was an agreement, we will have the 2022 Major League season

When Perera dropped out of the youth National to leave Cuba in 2019, he was hitting .368/.381/.737, with a pair of doubles, a triple and a home run in just 19 times at bat. Already at that time he gave the impression of totally dominating the league, to the point of driving almost half of the runners he found in scoring position and driving in four opportunities to tie or lead.

Before, in the 2018 edition of the 15-16 category domestic tournament, Yordis Perera had already shown his skills with an extraordinary performance. In 149 appearances he hit .344/.430/.582, scored 21 runs and had 16 extra-base hits (nine doubles, one triple and six home runs). He was the leader in RBIs (37), in slugging and in home runs. careers. But what is most striking is his opportunity, as he drove in 31.8% of the runners he found in scoring position, and on nine occasions he brought the tie or the lead.

Perera is a very powerful player, with the ability to play in the outfield and at first base, the positions that he has covered the most in his time through the different levels of Cuban baseball.

It may interest you: ANOTHER ESCAPE: Cuban jumper pushed himself too far and left the national team