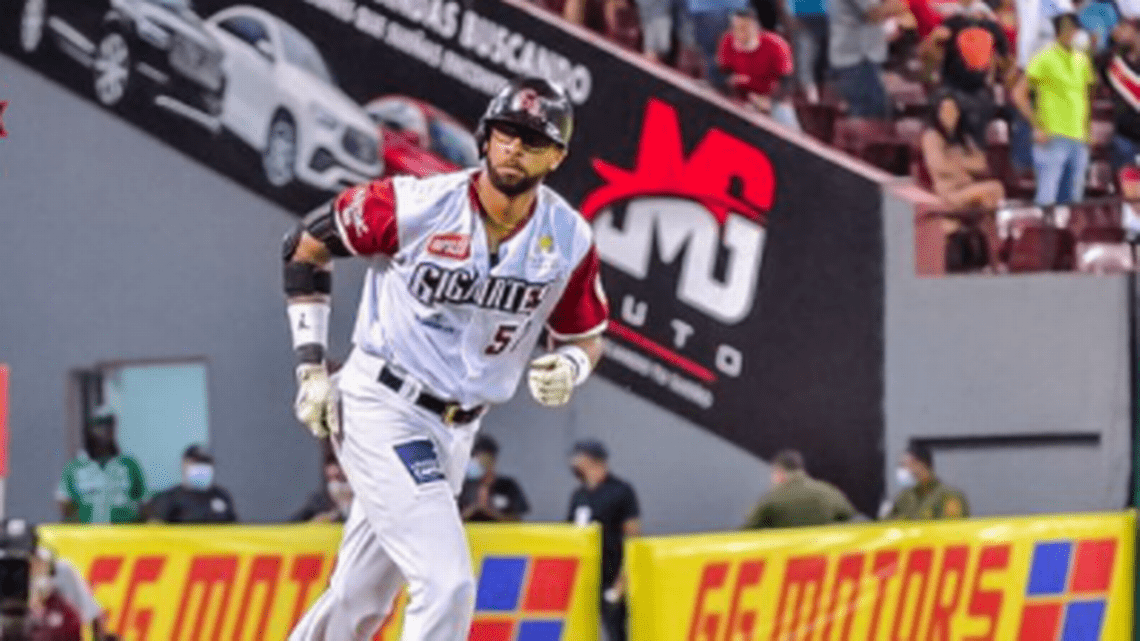 Cuban first baseman Henry Urrutia continued to show his enormous power with the bat and this Wednesday he hit two home runs and drove in five runs to lead the Gigantes del Cibao to a 9-1 victory over the Estrellas Orientales, on the third day of the championship semifinal. of Dominican winter baseball.

Urrutia began his terrifying attack in the third inning against the green’s starter, Edwin Uceta (0-1), connecting a plank that went over the wall of the central garden of the Julián Javier stadium, in San Francisco de Macorís (northwest ), with a runner on the bases, to give the colts a 3-0 lead at the time.

The powerful first baseman returned to the attack in the fourth inning, when he hit the center field unstoppable with a one-lap RBI, in an inning in which receiver Webster Rivas also stepped on the plate, due to a selection play on a hit by Hanser Alberto.

Urrutia put his stamp again in the sixth inning, when he sent the ball over the right-field wall, with a man on the trails, to lead a three-race rally, in which Melvin Mercedes hit an RBI triple.

The Giants added one more in the seventh, unstoppable by José Siri.

The elephants broke the ice in the top of the seventh on a single by Sandber Pimentel, who drove in to Robinson Canó.

With his performance this Wednesday, Urrutia has three homers and six runs produced in his last two games.

Each of the nine starters in the line-up of the team led by Colombian Luis “Pipe” Urueta, hit at least one hit, standing out Urrutia and Siri, both with three.

In Santo Domingo, the Tigres del Licey continued to deepen the bad moment of the Águilas Cibaeñas and this Wednesday they defeated them 4-1 to leave them without victories so far in the Dominican semifinal.

The Blues attacked the guinea pig’s opener, Carlos Martínez (0-1), from the first episode, scoring two runs, produced twice to the center field by Sergio Alcántara and by a high hit from Ramón Laureano, which struck between second baseman Luis Valenzuela and right fielder Jimmy Paredes.

The last streak of the Tigres occurred in the fourth inning, when with a man at third base, Elvis Araújo, he made a wild pitch, which allowed the runner to advance to the plate.

Led by the starter, Albert Abreu (1-0) who pitched five scoreless innings, with two strikeouts, the pitching of those led by José Offerman, kept the yellows’ offense at bay, who scored their only career, by single Eric Filia’s tug in eighth.

Jairo Asencio pitched the ninth scoreless, scoring his first save in this semifinal.

For this Thursday, the Giants travel to San Pedro de Macorís (east) to face the Stars and the Tigres to Santiago (north) to play against the Eagles.