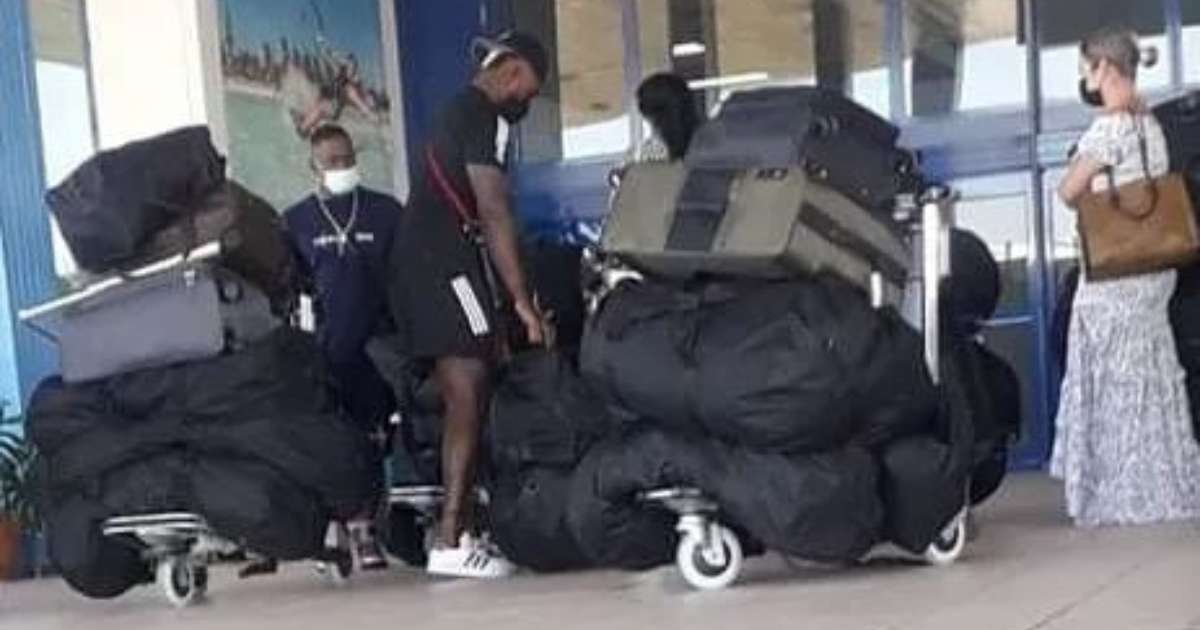 Images sent by a collaborator of the specialized baseball portal show Robert at the exit door of the “Jardines del Rey” International Airport, in Cayo Coco, with a large amount of luggage.

“I am a taxi driver and I was at the airport at the time. Robert arrived at 1:40 pm on a private flight and rented a TransTur. He came with his parents, wife and a sister,” the source reported to Full swing.

The Avilanian gardener clandestinely emigrated from Cuba in November 2016, although he already visited the island in 2019.

Robert had been elected the best youth athlete in his province in 2015 due to the spectacular statistics achieved at the World Youth Championship in Japan and the following year he returned to the Cuban National Champion squad summoned by technical director Roger Machado.

When asked what his first purchase would be after signing his millionaire contract with the Chicago White Sox a few hours ago, Robert Moirán replied: “A house for me, my parents and my uncle that has helped me a lot.”

In September 2019, was named Minor League Player of the Year by the North American medium USA Today.

Despite your recent injuries, the player, only 24 years old, has had very good results in his second season within the best baseball in the world.