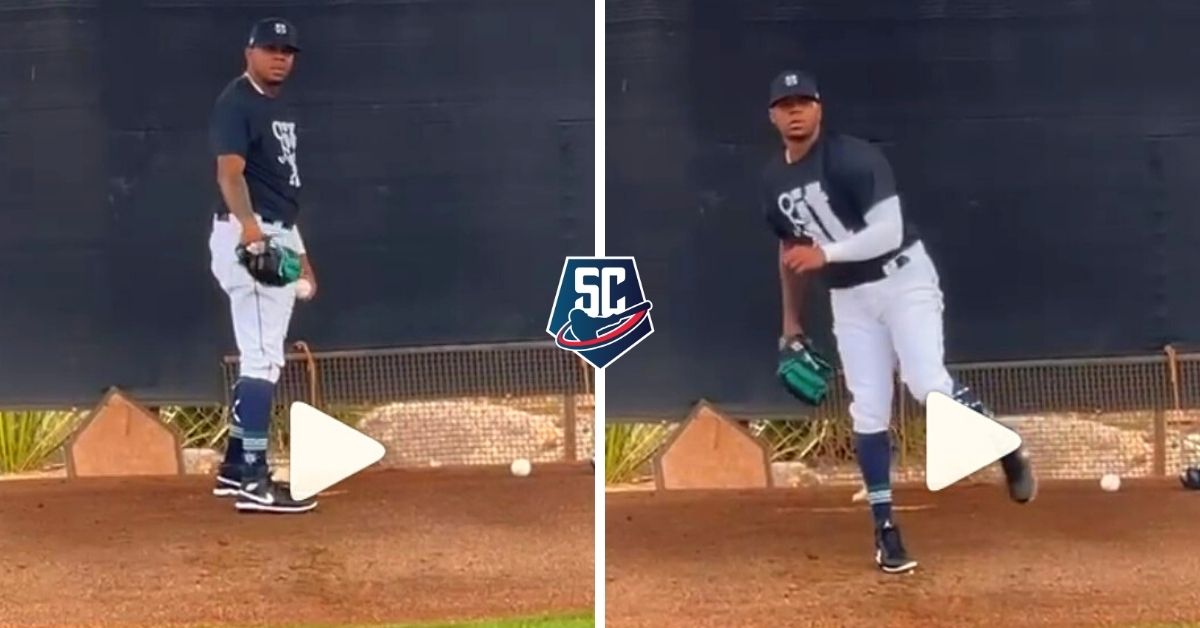 Cuban pitcher Roenis Elías returned to training after undergoing surgery on his left arm last year. The left-hander from Guantánamo, Cuba, needed repair of the torn ulnar collateral ligament in his elbow, for which he had to face the famous Tommy John, a very frequent surgical intervention among pitchers.

Roenis Elías published this Friday, January 14, two videos on official Instagram account who returned to his followers the hope of seeing him again on the mounds of the Major Leagues. The publication was accompanied by a comment that referred to his first releases since leaving the trading room.

After knowing the extent of the injury and the time of inactivity, the Guantanamo man reached an agreement with his current organization, the Seattle Mariners, which allowed him to remain as a Minor League player and not lose his relationship with the franchise. The deal also made it easier for him to focus on recovery, to make a possible return to the Big Top in 2023, depending on his progress in training.

Elías made his Major League debut in 2014, when the Mariners gave him his first opportunity to pitch in an official MLB game. In 2016, he wore the colors of the Boston Red Sox. Meanwhile, two years later he returned to Seattle. In 2019 he tried his luck at the Washington Nationals, but had to return to the Mariners, where in March he suffered an unfortunate complication in his arm.

You may also like: RESCUED: Prestigious designer saved from oblivion logos of the 1st National Series

During his first two years in the best baseball in the world he played mainly as a starter. In 2015, the Red Sox began using him as a reliever and he stayed that way until the pain in his left arm began.

Therefore, in the six years he worked in the Majors, he appeared on the mound of sighs on 126 occasions, 54 of them as starters. Roenis won 22 games and lost 24, while his earned run average rests at 3.97, product of 171 runs in 388 complete innings.