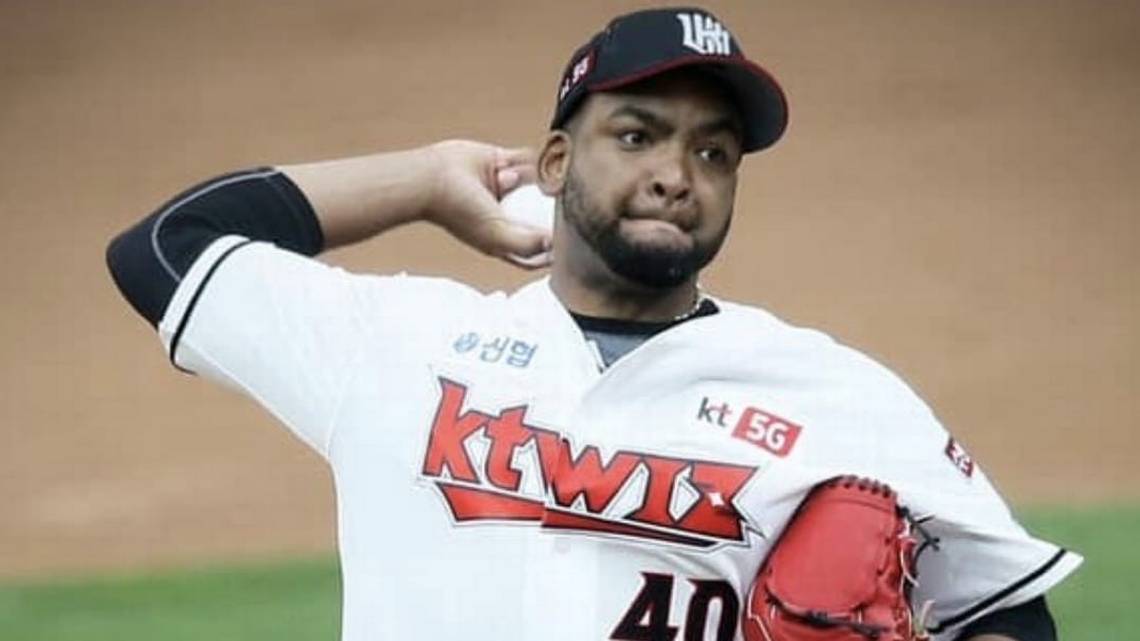 Odrisamer Despaigne has found a third home in Asia. The Korea Baseball Organization’s KT Wiz announced the Cuban pitcher’s renewal for one more season and $ 1.1 million, an additional $ 250,000 in incentives, revealed Jeeho Yoo of Yonhap News.

This will be Despaigne’s third season with the Wiz, since he originally joined the franchise before the 2020 campaign and since he arrived he had a positive impact to start a new chapter in his career and close, for the moment, that of the Major League Baseball with the Miami Marlins.

Former Industriales pitcher in Cuba, he posted a 4.33 ERA in 207.2 innings of work in that first contest that earned him a second deal last winter, setting everything up for his best performance in the 2021 season.

Despaigne finished 13-10 with a 3.39 ERA in 188.2 stretches of activity and a strikeout rate of 20.1, plus a 9.5 percent walk-through rate, which impressed the club’s headquarters. in Suwon long enough to bring him back one more year.

He struck out 165 strikeouts and finished as a co-leader in quality starts (21) alongside compatriot Ariel Miranda – another with a tremendous season – and teammate Ko Young-pyo.

The Habanero, who will turn 35 in April, is best known in the United States for his time in the majors that spanned from 2014-2019, where he worked with the San Diego Padres, the Baltimore Orioles, the Los Angeles Angels, the Chicago White Sox and finally the Marlins.

In his lifetime, he has 109 major league appearances (including 50 as a starter) and has a 5.11 ERA in 363 innings, but there is no doubt that Korea, after Cuba and the United States, has given him good shelter.

Jorge Ebro is a prominent journalist with more than 30 years of experience reporting on Sports. Baseball lover and lost love of boxing.

Cuba, the United States and Korea, Odrisamer Despaigne is a prophet in Asia by renewing contract