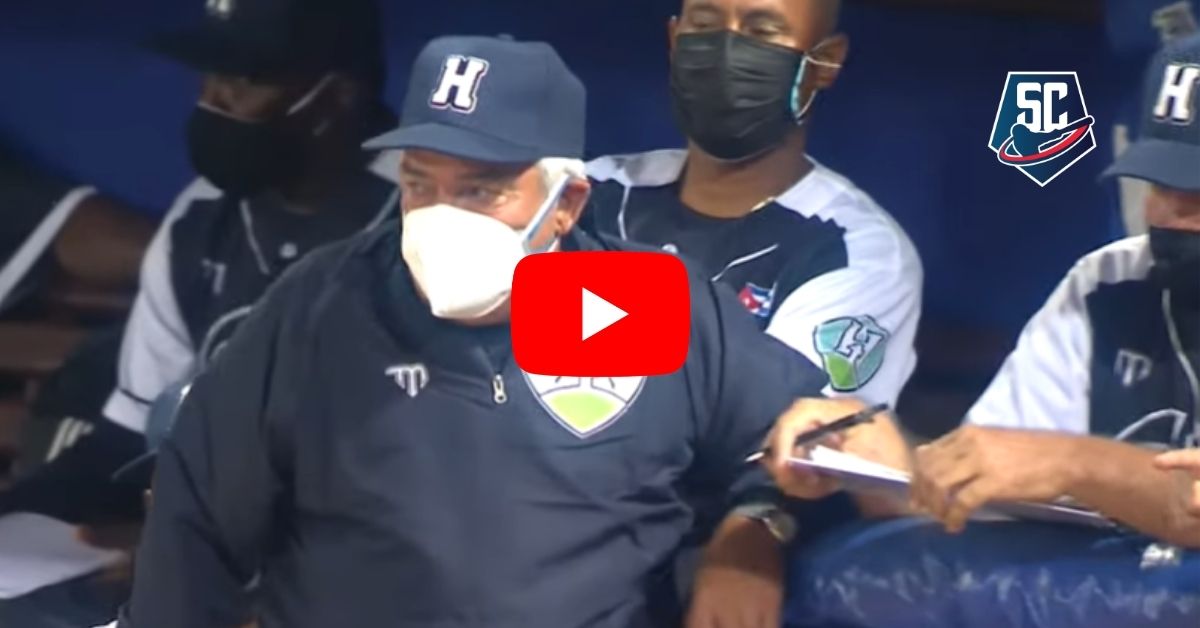 just five days ago we publish on our website a note in which the manager of the Holguín Cubs, the experienced Héctor «Tico» Hernández, explained the reasons for his return to the bench in the National Series, after 10 years without directing and five retired.

However, despite his age and inactivity in recent years, the helmsman of the Holguin team in the only title won by the province in Cuban baseball (Series 41, 2001-2002 season), decided to respond affirmatively to the call of his fans and the baseball authorities in Holguín to once again guide the cast of the Cubs in the main sporting event on the Island.

Obviously, “Tico” has encountered a very different landscape in the National Series, compared to what he experienced in his two decades as manager. The subject of the “legionnaires”, the leaks of prospects and established players, contracts abroad and other issues that are obligatory topics today, were hardly mentioned back then.

However, the seasoned director has been able to align himself with the reality that exists today in Cuban baseball and spoke openly in the aforementioned interview about the situation of some players from Holguin who are not with the team in this Series 61, as are the cases by Yunior Paumier, Geidys Soler, Iván Prieto, Carlos Alberto Santiesteban and Noel González.

On this occasion and regarding the visit of the Holguineros to the Latin American stadium to carry out their particular commitment against Industriales, “Tico” Hernández agreed to talk with the journalist Evyan Guerra, on some controversial issues of Cuban baseball and its team.

“There are notable differences. Regardless of the fact that there are many who state that they do not like to compare eras, I say that there are some better than others. Anyone who wants to define that, making a comparison, because I leave it to the discretion of each one, “said” Tico “.

“Many years ago, high-quality baseball was played, almost knocking on the doors of MLB. At that time in Cuba there were players who could be in the major leagues without problems, many, many of them, “he added.

“Right now, baseball has been depressed by things that we all know and that the press has talked about a lot. But what is the essence of this? Today there is much better organization, better contribution in the technical and logistical order, in material assurance, in the athlete’s way of life and even salary, although I am in total disagreement with what they are earning (the players) and in the way it is done. I say it like this, because I am a very honest person«, Emphasized the experienced manager.

Pressure on the return to the bench?

«I can’t press a lot because I suffer from pressure and I have to be very careful with that. That issue of pressure was back many years ago, when I started in these matters. Now what there is is a great commitment to try to get baseball on the road in our province and I think that I am still in a position to contribute experience, that I do have enough ».

“Everything is thought out. Both guys have a lot of value, experience, dominance and their role is to try to “hold” the games. The youngest and the others not so young will go forward (as starters) but those two do not have much nerve and are the appropriate ones to hold advantages or close games with the possibility of winning. It is a strategy that we are using given the shortcomings that the pitching staff currently have in our National Series.”

It may interest you: HE SPOKEN BORROTLY about the transfer of players: “A draft should be done”

“In my opinion, that is the strongest line that the team has. We trained very well, we were at a high competitive level, but in the last two “adjustment” weeks, the pandemic forced us to stop the work we had been doing for about 12 days. We are now finding ourselves again and 10 days ago we began to recover our form, which many had to start almost from scratch. This is a team that has a chance to hit and make runs with the connections.”

Pressure in the Latino against Industrialists?

“That is a criterion that exists and is handled a lot. To the boys who have value and conditions, what they like is that there is an audience. Personally, I also like it, the more public there is, the better. What I do not stand is that the stands are empty. I believe that this is an incentive for the athletes (…) because it enhances them and makes them look better.”

“We are going to be. We’ve started badly, but we’re doing everything possible to get the team on track. Keep dreaming of me, we’re going to keep dreaming.”