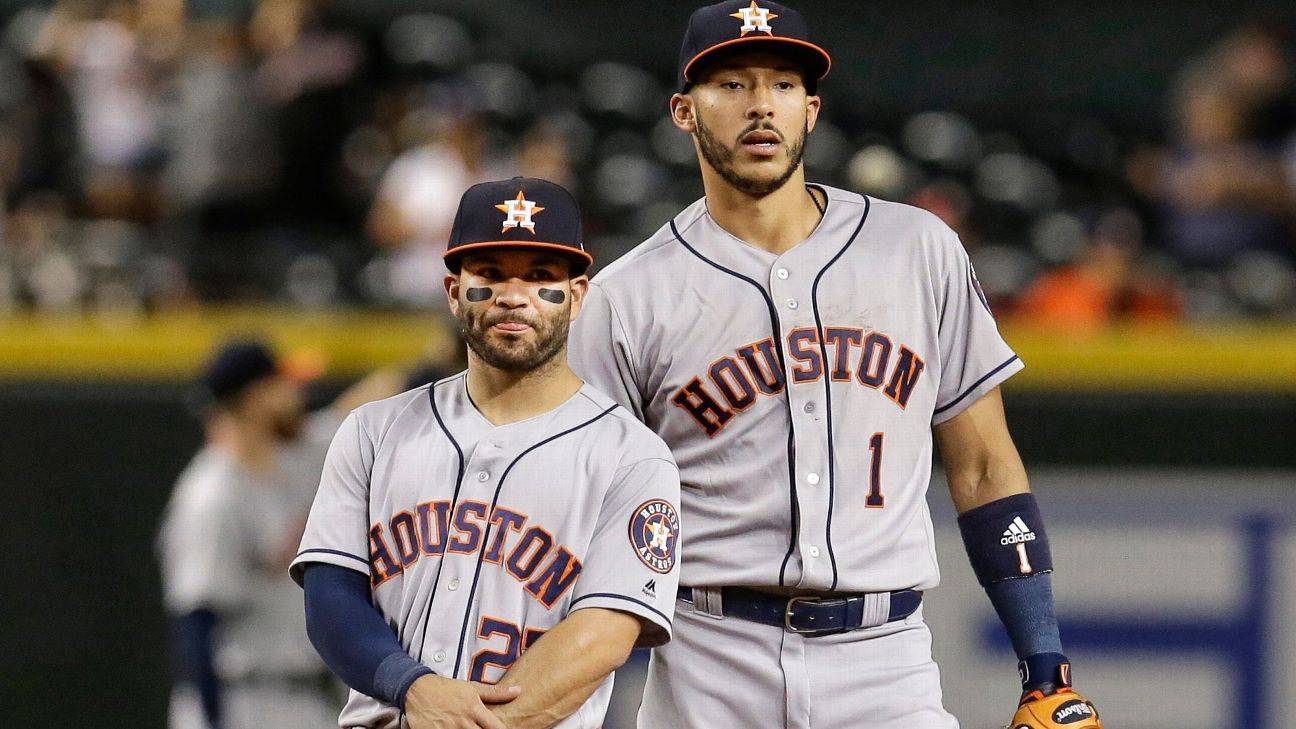 Puerto Rican shortstop for the Houston Astros Carlos Correa and the Venezuelan second baseman Jose Altuve announced Thursday that they will not attend the All-Star Game at Coors Field.

Both players were selected for the American League team as reserves. The Astros in first place will continue to be represented in the game by the outfielder Michael Brantley, which is also reserve.

Correa, who leads the Astros with an on-base percentage of .390, said Thursday that he needs to be with his wife Daniella, who is pregnant with the couple’s first child, who will be born in November.

“Baseball is very important to me, but family will always come first,” Correa said, adding that he is grateful for everyone who voted for him.

“It’s a tough decision … people voted for me to participate, people want him to see me play in Denver, but we have been trying for a long time to have our first child and now that they are finally in their womb I want to be able to spend those days with her, “he said.

Altuve, who leads the Astros with 19 home runs, said he will skip the All-Star Game so he can rest his diseased left leg. He said he doesn’t need any leg procedures and thanked fans for voting for him.

“I need those four days to have everything right with my leg and to be really healthy for the second half because I feel like the team needs me 100%,” he said.

Correa advocated for his Astros teammate Yuli gurriel to replace him in Denver. Gurriel leads the Astros with 92 hits this season.

“He should have been an All-Star in the first place. His numbers speak for themselves. He is an All-Star caliber player, he is an ambassador of the game,” he said, stating that Gurriel was a star in Cuba before reaching the majors. suspenders.

This was the second time Correa was selected for an All-Star Game and the seventh for Altuve.