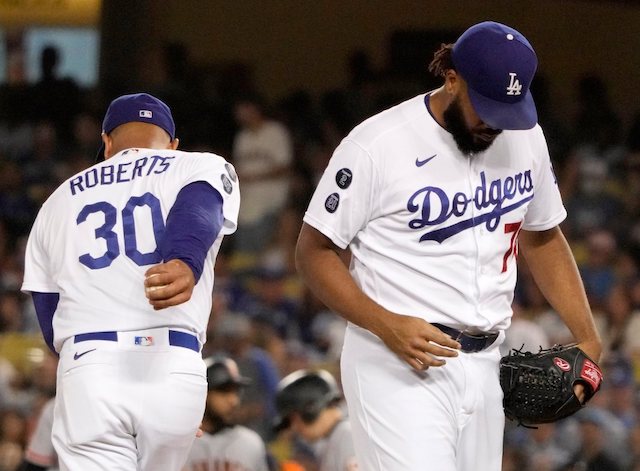 Here I will make a story of justice about what is happening today in the Dodgers Los Angeles, team of the West Division of the National League in the MLB, and part of his relief pitching. The protagonists are the manager Dave Roberts and the private Kenley jansen.

It is difficult to find crews that are bad in themselves. Generally part of the responsibility, and not negligible, is in the hands of the captain, helmsman or Manager if we talk about baseball.

Kenley jansen he’s going through a streak of lousy results. But when we enter the world of numbers we will see to what extent the result is fortuitous, random, the result of the bad physical form of Kenley or only obstacles that can be overcome with the expertise and knowledge of the person pulling the strings.

“Jansen”:
By those who criticize Kenley Jansen (as is already common) because he almost lost the game to @astros, conceding a 2-run homer with no outs in the ninth inning, taking the game 7-2 to 7-5.pic.twitter.com/J5tJo1MwHN

TO Kenley they hit him when there are no outs on the board for .280 and when there are one or two already won, .149. Between the seventh and ninth inning the rivals average .185 while in extra innings .333.

So far all sung. Very easy it should be like bringing in the closer right by tapping into his psychological potential, because these performance fluctuations do not have a physical background. But the best is still to come.

Kenley jansen he has had Austin Barnes as a catcher in 15 games and 15.1 innings of work. In those outings he is batted 49-4 for a 0.82 average, with no home runs allowed and NO CLEAN RUNS allowed. Austin, in this period, has been robbed 2 times of the intermediate.

He is sitting? Do not? Well, have a seat.

Will Smith has been the recipient of Kenley in 27 games (26 full innings). In that period, the Curaçao has allowed 15 earned runs for a 5.19 ERA and is hit by opponents 95-24 with three homers included and a .253 average. Will has been earned an extra base seven times with Kenley throwing

Any questions Dave, or do you need more help?