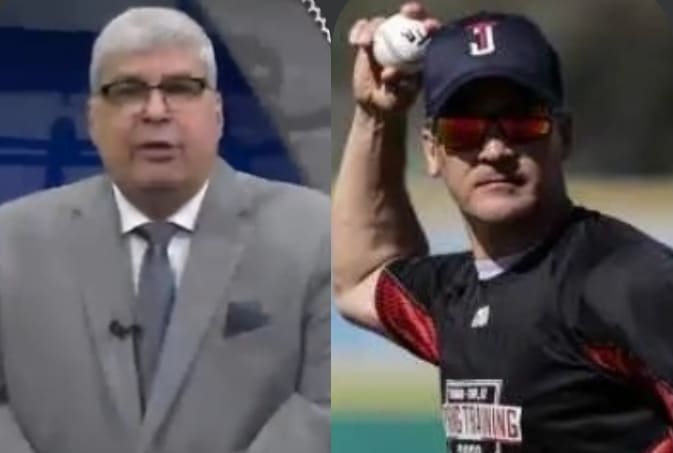 The famous Venezuelan sports narrator Fernando Arreaza placeholder image I speak about him case of Omar Vizquel, where he said things that could be full of controversy.

In what was called an editorial on the IVC channel, Arreaza He began by reading how a kind of statement or speech the following:

“Certainly the new accusation against Omar Vizquel and what is described in it is very serious and, if proven, would ruin his possibility of being a member of the Hall of Fame in Cooperstown. But beyond the Hall of Fame, the most important thing here is the reputation of the human being, his image as a person.

On a personal note, the Vizquel I know is not the sexual pervert that the prosecution reviews, but of course here it does not matter what I believe but what results from the lawsuit.

At home, visits to spring training, meals, but the conversations were many, very long for about 30 years.

I do not want to boast much less, but I have Vizquel’s WhatsApp and I can interact with him (sic) frequently, every time I went to him (sic) to attend, either to corroborate information or for my radio program always he was willing.

That has led me to know him better, a little beyond the star player, to know the human being. Of course I can be wrong and behind that image there is another person, but we would be talking about a kind of psychopath and I honestly do not believe it.

I also believe that I know that inner world of the ball, of the clubhouse, and I understand the circumstances of what happened and for which he is being sued.

In the United States, these facts certainly have another implication and interpretation, I understand that they are typified in the law and that when dealing with the alleged victim of an autistic person, Vizquel must face the case according to the reality in this country and the sensitivity in this regard. The next step and how you approach it will be key.

Limberg Morales, the beloved coach of the Caracas Lions with Down Syndrome, comes to mind, who is close to being 30 years old as part of the capital’s team, to whom the players have played jokes of all kinds, by many and among them Vizquel, without any of them, I assure you, have perversity or evil.

Limberg himself greets him by asking Do you have tobacco?, Referring to the one that the players chew and passes his hand to one. Do you know where? Forgive me for suggesting it quite graphically, I think it is pertinent.

There is no evil whatsoever on his part or on the part of the players towards him (sic).

The case described in the lawsuit against Vizquel has much of this, but framed in a different culture and it is not that it considers that it is good in one country and bad in another, possibly it is bad in both parts, but the perception and the way scrutinizing it, it undoubtedly has its differences.

Perhaps the biggest mistake of the 11-time Golden Glove winner was not understanding that a team’s clubhouse in the United States is another environment and in the middle of another culture.

Certainly what is described in the lawsuit is quite grotesque and not good at all, it is possible that it is more serious than the antics of the Lions players with Limberg, therefore it is not my intention to excuse it, but I think I understand what it is, for therefore I can consider that there was no bad intention.

In any case, it will be the judicial process that establishes the responsibilities, in the end I am not in the capacity to defend him, but much less am I the one who is going to sentence him.

The only thing I can reiterate is that the Omar Vizquel that I know, I do not think he is capable of hitting a woman, much less being a sexual pervert and I did not want to stop expressing these reflections in this editorial ”.

Fernando Arreaza placeholder image has made clear his support for the Venezuelan Omar vizquel and it is in his absolute right to express the words that are quoted above, but with all the respect that I have for the popular “Recio”, I suggest you read the article where I clearly explain the situation of Omar at the legal level.

In a trial, it is not a question of “I believe or I do not believe it”, unless your statement as a witness is required in the aforementioned judicial process, but rather it is to allege, defend yourself, prove and on the basis of everything that is in the case file, the judge will issue a verdict.

But it has been interesting to know his position that has some controversy, because his great friendship towards Omar how he himself admitted and it is difficult to distinguish if the media man or the friend spoke, but I insist, he is fully entitled to support the former helmsman of the Bulls.

Do you agree with the position of Fernando Arreaza?