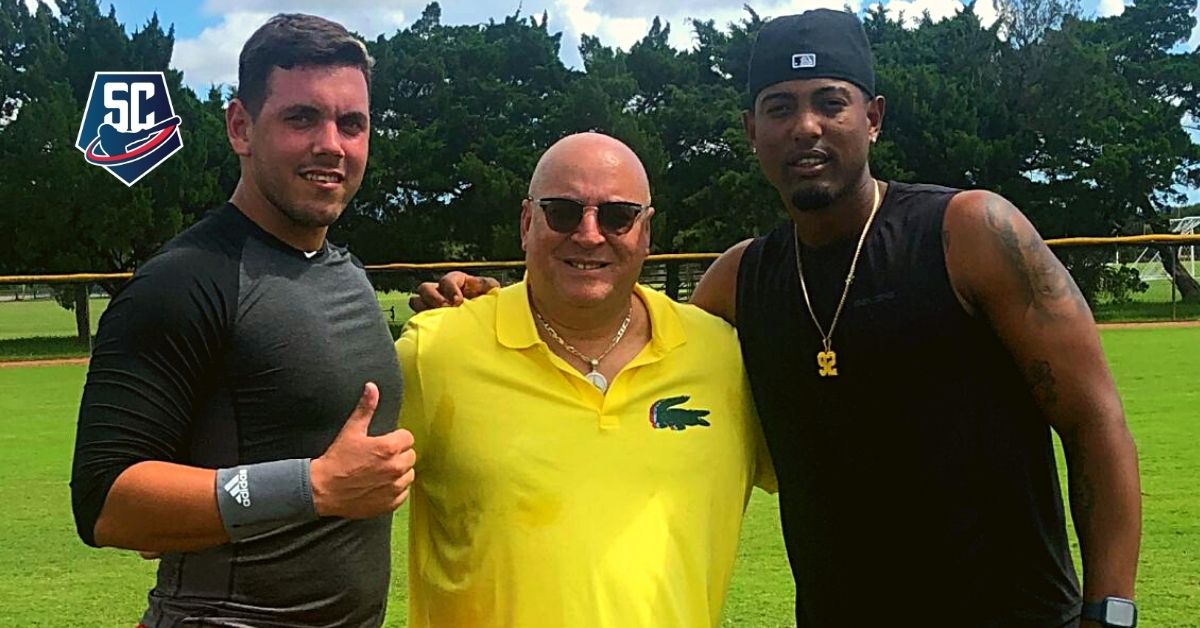 Recently, the well-known player agent Carlos Pérez participated in one of the night spots on the Swing Complete YouTube channel along with Cuban players Andy Rodríguez, Lázaro Blanco and Loidel Rodríguez, three of his clients.

In the middle of that exchange, Pérez wanted to make a clarification as a response to an accusation that according to him had been made against him on Cuban television itself.

“I want to clarify why they have been saying things about me that are not. They said them on the news and that’s a total lie. I have neither had nor have anything to do with the departure of baseball players from Cuba or those who stay in the events where they go with the national team. The fact that I represent several of them has nothing to do with their decision to break with Cuba. They are two very different things and these types of accusations are quite serious”, Carlos firmly sentenced.

“When I have coincided with the national team and they know that very well, I have stayed as far away as possible to avoid problems. The only time I was close was in the pre-Olympic tournament in Florida when, as I was working with the Dominican Republic, I was staying at the same hotel and one day I ran into Frederich Cepeda by chance in her room. Later they associated that since I was there and Lázaro Blanco and Andy Rodríguez stayed, they think that since I represent them now everything was associated. That is completely untrue,” she emphasized.

It may interest you: From stardom in Cuban baseball to success as a plumber

Both Blanco and Andy Rodríguez made it clear that linking up with Carlos Pérez was something that came about long after they made the decision to start an independent career as professional ballplayers.

“Carlos called me days after I decided not to travel to Mexico and stay in the United States. He asked me if I wanted to continue pitching and encouraged me not to retire from baseball. But I didn’t even know Carlos before he called me on the phone,” said the 35-year-old from Granma.

Regarding the former starter of the Industrialists, he asserted that no one convinced him not to return to Japan and stay in the United States. “I made the decision on my own and then I told my dad, who lives here in Homestead. Later both he and I thought of Carlos because of the experience he had in this world of baseball and because he had caught Lázaro. But we never spoke while I was with the Cuba team.”

Regarding the players who stayed in the U23 World Cup and several of them have ended up under the representation of this agent, the leader of the R and I company stated that both Brian Chi, Dariel Fernández and Loidel Rodríguez decided to contact him after the step they took in Mexico.

It may interest you: DRAMATIC AND REAL: “Those were the hardest hours of my life,” said Cuban baseball player who almost died at sea

“They contacted me some time after staying, among other things, because of the background with Lázaro and Andy, who weeks ago had signed with my company certified by the Major Leagues. I was not in Mexico at the tournament, nor did I call them to influence them. I have nothing to do with that process. It’s not part of my job. I say it once again to prevent them from saying these falsehoods about me. Human trafficking is something that is even punishable by law in this country. I do not break any law or enter into things that morally go against my principles. I hope I don’t have to clarify this unpleasant situation any further”, concluded this experienced baseball man.

Born in Vedado in 1959, Carlos Pérez currently has more than 40 players under his wing, several of them born in Cuba. In the past he came to represent figures with a presence in the Major Leagues such as Yunel Escobar, Adonis García, Onelkis García and Raúl Valdés. With the latter he still maintains a very special bond.

CONTROVERSY: “I neither take out players nor invite them to stay”, well-known agent RESPONDED to accusations from Cuba