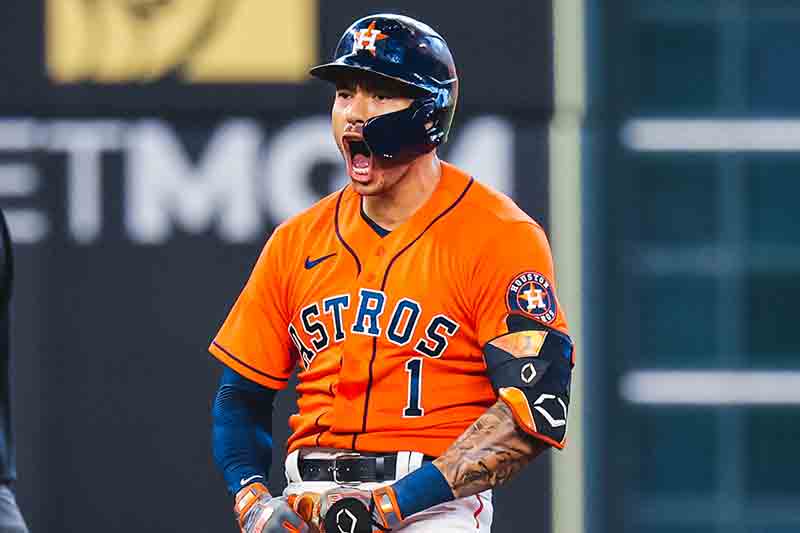 The team of Chicago Cubs, has high interest in signing the Puerto Rican shortstop Carlos Correa heading into the 2022 season of Major League Baseball – MLB, but it has a condition for a possible deal.

As reported by Bruce Levine, the Cubs have a great interest in Carlos Correa, but they do not want to spend 10 years on his contract, since this would be the time of the contract that Puerto Rican shortstop aspires for his future in the Major Leagues, who despite being detained In negotiations, rumors continue to haunt this player who will surely have a new team in 2022.

Correa is believed to be seeking a 10-year contract similar to the one that shortstop Corey Seager signed with the Rangers for $ 325 million, but despite having high interest in him, the Chicago team would not be willing to offer that time and money for this player, who will have to wait for the lockout to end to define his future in the MLB.

Cubs president of baseball operations Jed Hoyer has insisted the club has money to spend on free agency and stressed that they will do so wisely. Perhaps that includes hiring a top-tier free agent, with Puerto Rican shortstop currently the highest-profile.

Possible closeness to the Cubs

A few days ago Carlos Correa released a tweet where he seemed to flirt with Cubs fans and also, it is rumored that he possibly called his compatriot Javier Báez to ask about this organization, since he spent a good time wearing this uniform in the majors Suspenders.

In addition, sources close to the Cubs say that this team has the money to offer a contract to the Puerto Rican Correa, but what if they do not agree is to give him a pact that will last 10 years or more.

You are in no hurry!

On the other hand, a while ago, the Puerto Rican Correa is not in a hurry to sign, since he will wait. for those usual big spenders in the major league market and also for most of the playoff teams they haven’t spent a lot of money yet.

With this, Carlos Correa makes it clear that he wants more than 300 million dollars and that he will leave the teams waiting to ask for him, and boy, has he brought interest in this market.

In addition, this player will wait for the ideal offer and what really suits him for his future in the Major Leagues.

Correa, 27, is considered the best free agent on the open market this winter. He is coming off an All-Star season in which he hit .279 with 26 home runs, 92 RBIs and an .850 OPS in 148 games for the Astros, the team with whom he has spent his entire seven-year MLB career. In addition, he also won a Gold Glove.