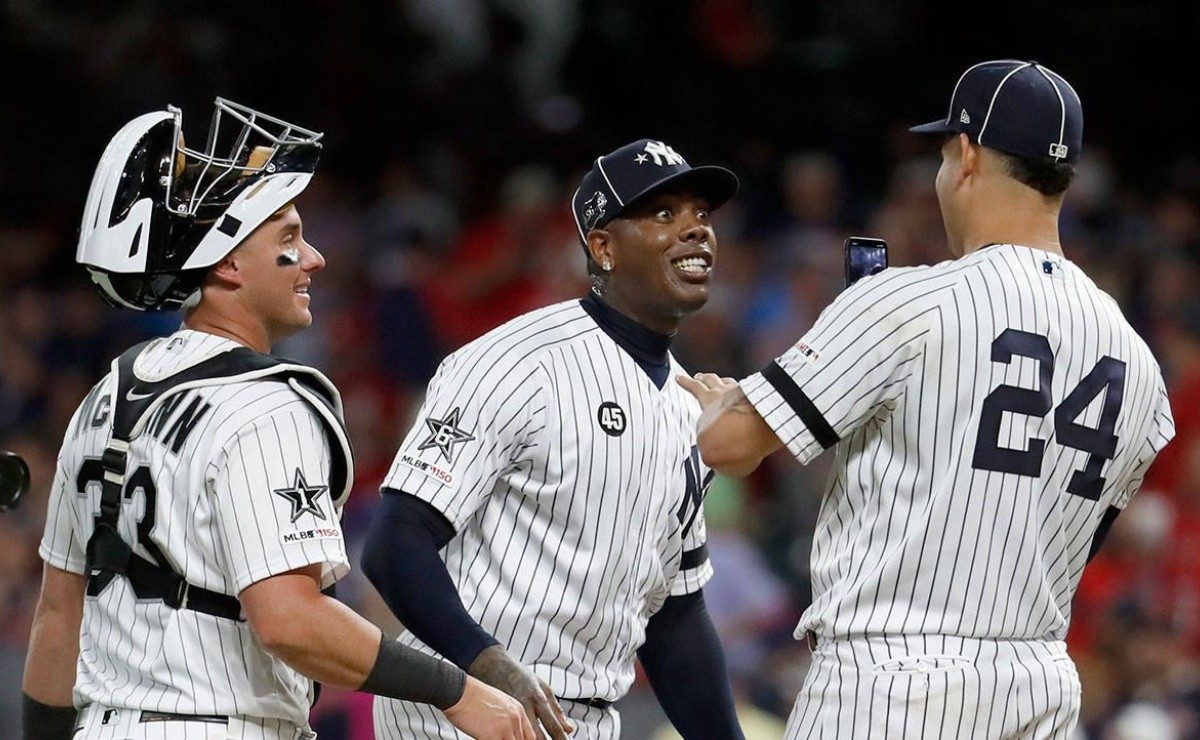 For the entire campus of Yankees, the arrival of their two big reinforcements looking forward to the last two months of the 2021 season of MLB, has not gone unnoticed in the group. Most players feel practically like children with new toys after the arrival of Anthony Rizzo and Joey Gallo.

“It is very good that the reinforcements arrived. You know that the goal is to win ”, Albert Abreu told the microphones of With the Bases Full. “Everyone is happy to receive these players. We have very good feelings that the team is going to lift. Also commented the Cuban pitcher of the Yankees, Néstor Cortes Jr.

“I’m very happy that we have two great players here on the team and I think this is going to be very helpful for us,” he said with a smile on his face, Aroldis chapman Closer of the set.

Not only do Rizzo and Gallo bring to the Yankees team that lefty power that didn’t exist in the Bronx, but something that not everyone still understands is how often these two sluggers get on bases.

It seems that we must repeat over and over again the scene of the famous baseball movie “Moneyball”, in which Brad Pitt, in his excellent performance representing the GG of the Oakland Athletics, Billy Beane, tries to explain to his whole body of evaluators the importance of players being able to reach the pads frequently.

How pregnant are Joey Gallo and Anthony Rizzo?

Imagine if we analyzed Joey Gallo 20 years ago. Everyone would say, “He’s a hitter who barely passes .200 and has strength, but no contact.” What we know today and understand its importance is that Gallo in 2021 averages .217 but its percentage of pregnant women is .373. On the other hand, Rizzo is averaging .270 for life, but his OBP clearly shows a .371, almost 100 points apart.

In short, these two bats are not only going to have a love affair with the right-field wall of Yankee Stadium, but they are going to base frequently, which will create the possibility of many more runs for the Bronx Bombers in this 2021, season in which the Yankees have a career differential of 0. Do not think you read it wrong, zero is the differential of the Bronx, unlike their divisional rivals Rays (+112), Red Sox (+ 48) and Blue Jays (+107).

To those who still do not understand, the differential is the number of runs that you score against which you score. In other words, the Yankees have scored the same number of runs that they have allowed, or if you want I translate it further: they have not produced enough touchdowns to be dominating a division that was predicted easy for the 27-time world champions.