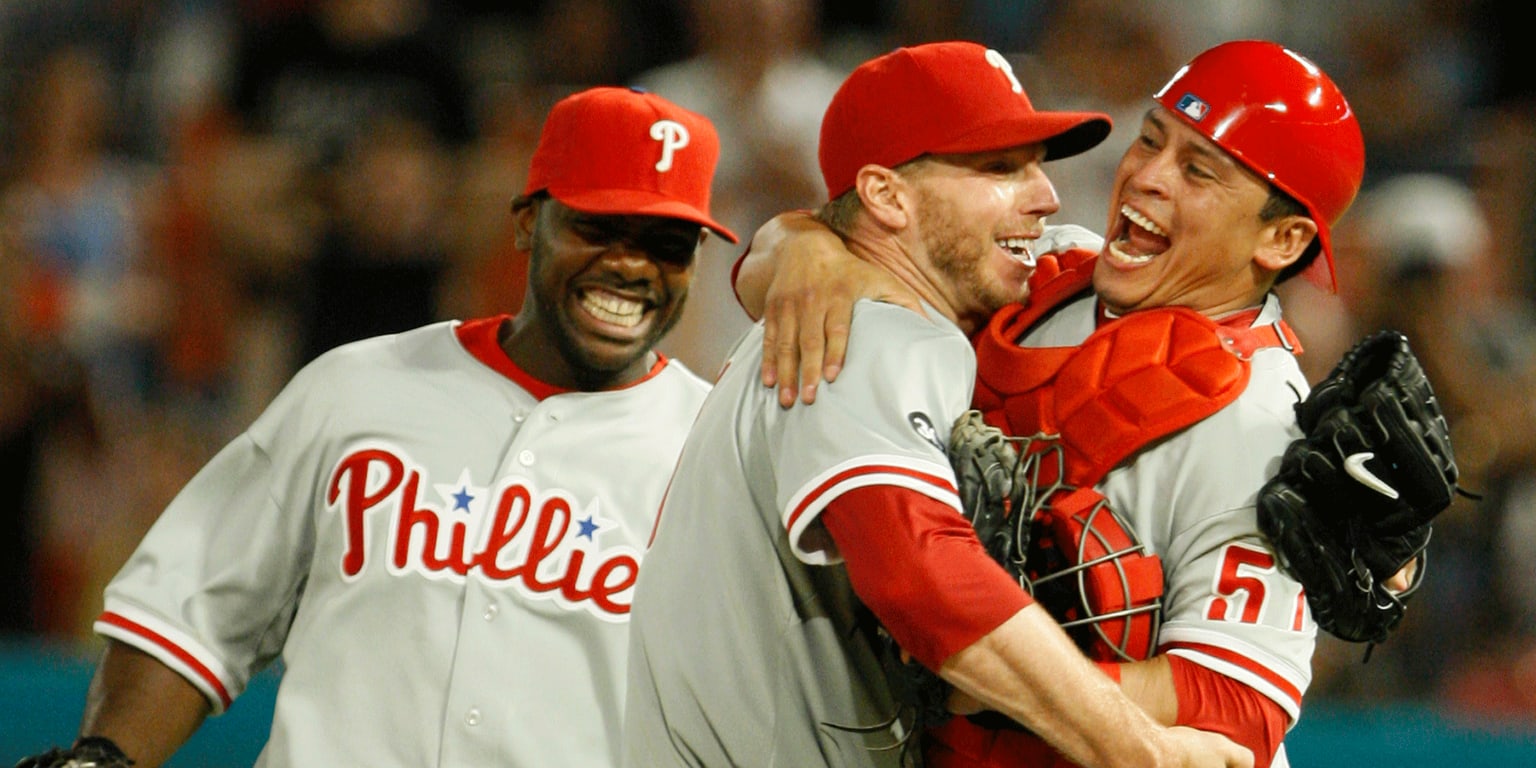 When a pitcher throws a no-hit, no-run game, the second most important player on the field is usually the catcher. Although we tend to identify no-hitters with pitchers, and with good reason, credit must also be given to the protagonist who sees these feats from behind the plate.

Two receivers have been a part of four hitless and run-down games, including the postseason: Jason Varitek and Carlos Ruiz of Panama, tied for the most in history.

There have been 17 masks in MLB history that have started at least three no-hitters, according to the Elias Sports Bureau. Here’s a look at the catchers with the most no-hitters and no-runs received.

Ruiz played with the Phillies from 2006 to 2016 and received every no-hitter thrown by the team in that span. Given that Halladay’s postseason score was only the second in history, after Don Larsen’s perfect game in the World Series, the Panamanian is one of two receivers to have received a playoff / World Series no-hitter, along with to Yogi Berra.

When Varitek received the no-hitter from Nomo – in his first start with the Red Sox – it was his first for the club since Dave Morehead did it in 1965. Under Varitek, the Red Sox completed four in an eight-year span. . Lester’s is the latest for the Patirrojos.

The Venezuelan not only received three no-hitters, but he did so in a two-year period. Given that Zimmermann completed it in Game 162 and Scherzer’s second in 2015 was in 161, it can be said that they were all in one stretch in 162 games. Ramos is one of four receivers to be behind the plate for two no-hitters by the same pitcher in the same season (including the postseason), alongside Ernie Lombardi, who hosted Johnny Vander Meer in 1938, Yogi Berra in 1951 with Allie Reynolds and Ruiz with Halladay in 2010.

Johnson received the first three hitless games in Marlins history. He won four Golden Gloves in his career and was called up to two All-Star Games. He also won the World Series with the Marlins in 1997. He made 587 of his 1,188 career games for the Fish, leaving his mark on the club.

Ashby is one of seven players who gave Nolan Ryan a no-hitter. That’s how it is. Ryan pitched seven, with seven different catchers. Ashby’s first no-hitter game was in 1979, in his second game of the season in an Astros uniform.

Torborg, like Posey and Ruiz, received a perfect game as their first no-hitter. He received the first of seven no-hitters from Nolan Ryan.

Crandall was called up to 11 All-Star Games (in the times when there were multiple All-Stars in eight years) and won four Gold Gloves, in addition to lifting the World Series trophy with the Milwaukee Braves in 1957.

Campanella won three MVP awards, a batting title, the 1955 World Series, and was called up to 11 All-Star Games. But another of his accomplishments was having received three no-hitters with the Brooklyn Dodgers, including two from a particular pitcher (Erksine) and two in the same year (1956, Erksine and Maglie).

Hegan was called up to five All-Star Games and won the 1948 World Series with Cleveland. Feller’s three no-hitters went to different receivers and Hegan was the last. He is the only receiver in Cleveland history to receive multiple no-hitters.

Sewell’s older brother, Joe, is in the Hall of Fame, while his younger brother played a game in the majors, with the Cubs in 1927. His cousin, Rip, also saw action in the Big Top as a pitcher. But Luke was a catcher and received two no-hitters in his career.

Picinich received three no-hitters with three teams, being the only mask to do so. Picinich was 19 years old in 1916 when he received his first, from Bush, with the Philadelphia Athletics. His second was with the Washington Senators and his third, with Ehmke in 1923, with the Red Sox.

Catchers that have received the most no-hitters