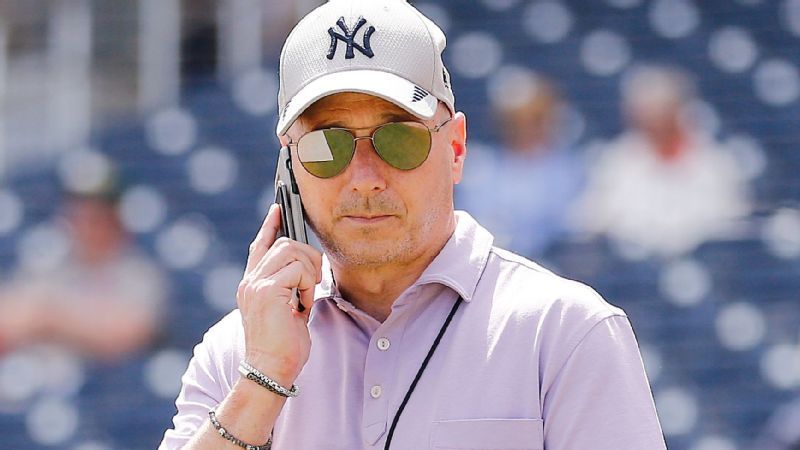 The New York Yankees are chasing their first World Series title since 2009, but general manager Brian Cashman thinks there should be one glaring exception to the championship drought discussion.

Cashman, in a Wednesday interview with The Athleticdisputed the notion that the Yankees are in a prolonged title drought and cited the 2017 team that lost in the American League Championship Series against the Houston Astros, who were ultimately sanctioned by Major League Baseball for illicitly stealing signs. of the opposing teams.

“The only thing that stopped [a los Yankees de 2017] It was such an illegal and horrible thing,” Cashman told The Athletic. “So I get offended when I start hearing that we haven’t been to the World Series since 2009. Because I’m like, ‘Well, I think we actually did it the right way. ‘. We fell down, but we got back up. We made good draft picks, we made good trades, we developed players well, we made good signings. The only thing that derailed us was a cheating circumstance that threw us off.”

MLB revealed in 2020 that the Astros used a center field camera, video monitor, and trash can to broadcast opposing teams’ pitches to Houston hitters in real time during the 2017 season. The Astros defeated the Yankees in seven games in the 2017 ALCS before beating the Los Angeles Dodgers in the World Series.

The Yankees have been among the Astros’ harshest critics since the MLB announcement more than two years ago, and Cashman acknowledged Wednesday that he still considers the sign-stealing scandal when assessing New York’s recent drought.

The Yankees have made the playoffs every year since their 2017 loss to Houston, but haven’t advanced beyond the AL Championship Series and won just one AL East title in that span. .

Their last trip to the Fall Classic was in 2009, when they beat the Philadelphia Phillies to win the 27th championship in franchise history, but Cashman still considers the 2017 Yankees a “World Series team.”