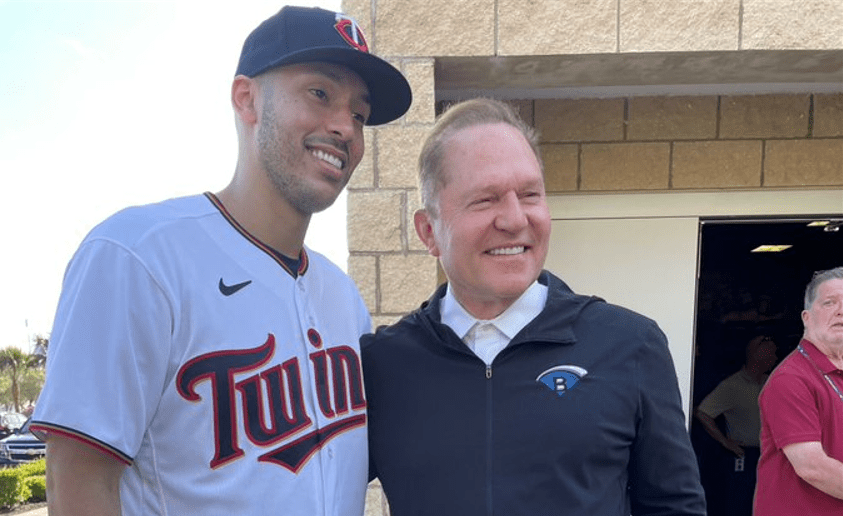 The signing of Carlos Correa with the Minnesota Twins became official, incidentally, the Puerto Rican touched on certain curious topics about his professional life in the MLB.

Correa made his signing with the Minnesota Twins official and answered tons of questions.

The Astros made no offers.

Carlos Correa told ESPN’s Marly Rivera that he has nothing but love for the Houston Astros, management and owners. However, he clarified that the team did not make him offers after the work stoppage ended at the MLB.

Correa said he was excited to be a part of the Minnesota Twins.

“I feel super grateful to be with the Minnesota Twins, thanks for having me here,” Correa said at the press conference.

On being part of a new stage of the organization

“We just talk about winning. That is what we want to build here. We want to build a championship culture in the MLB,” the 27-year-old shortstop said.

“I see that we can improve a lot to achieve that goal, to finally win a championship. I want to take on the challenge.” Correa said.

Correa said he and his wife, Daniella, had a call Friday night with Falvey, Levine and Twins manager Rocco Baldelli.

“Before I got the Zoom call, I said to my wife, ‘Baby, there might be a good chance we’re going to go to Minnesota,’” Correa said. “She says, ‘That fast, that fast?'”…

“I get to play with such a dynamic player,” Correa said of Buxton, “and a great leader for this organization. He makes my job easier.”

Praise for the Twins’ #1 prospect

“He is a special boy, I love being with him. I love watching baseball with him.” Correa said about Royce Lewis.

Correa used #5 for Albert Pujols, but now he wants a new chapter after a new team in the MLBand will use #4.

Boras was clearly looking for a long-term deal for Correa, but the lockout prevented any negotiations for most of the winter, and the deal with the Twins includes an option to opt out after this season and next, so basically it’s a one year contract. , $35.1 million deal.

His love for the Twins’ stadium (Target Field)

Correa says he loves the “hitting eye” he has at that ballpark, plus he thinks it’s one of the best ballparks to take ground balls.

Carlos Correa he is a hitter in said ballpark. Numbers:

Carlos Correa breaks the silence after signing with the Minnesota Twins