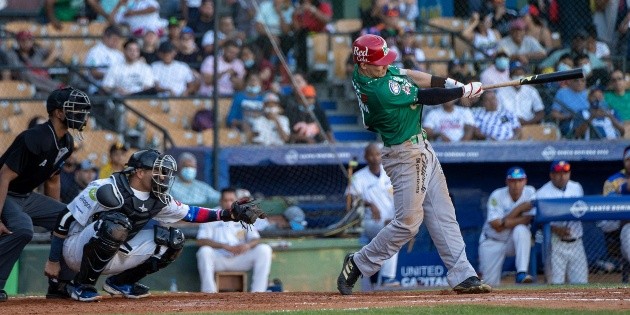 They represented Mexico for the second time in a Caribbean Series and once again the Charros de Jalisco were left with the desire to lift the crown.

Charros came from less to more in the tournament. He rose from his two opening losses. The pitching set a record and revived the team. They qualified for the Semifinal. They dreamed of playing the duel for the title. But the woods fell short and, as in 2019, the ninth Guadalajara was left with the desire to conquer the Caribbean Series.

The highlight of Charros was undoubtedly the work on the pitch. Between the team’s pitchers and the reinforcements that arrived, the Mexican team set a new record in the history of the Caribbean Series: the longest string without allowing rival runs.

With shutouts included over Colombia, Puerto Rico and Panama, The Mexican team went 30 consecutive innings without conceding a run, surpassing the mark of 28 scoreless innings that had belonged to the Leones de Caracas since 1982.

Aztec logs fell short. Charros was the team that scored the fewest runs in the 2022 Caribbean Series. In six duels they only rang the register 10 times.

Elements like Esteban Quiroz and José Cardona were the most salvageable in the batting of the Mexican team.

In 2019, the Charros de Jalisco represented Mexico for the first time in the Caribbean Series and on that occasion, with another competition format, they were one win away from being able to win their group to access the Finalalso under the orders of manager Roberto Vizcarra.

Now they came from less to more. They disputed the round robin format and managed to advance to the next round, but it was only enough for them to reach the Semifinals, where they were defeated 2-1 by the hosts of the Dominican Republic.