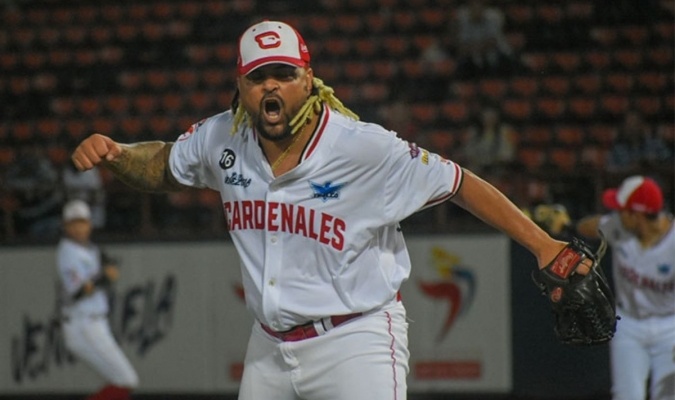 For both Leones del Caracas and Cardenales de Lara, this Sunday’s duel may be decisive in their aspirations to reach the Grand Final, which is why it was crucial for both of them to go out through the big door.

In this context, the right-hander Williams Pérez displays a great job for a space of 5 complete innings, a journey in which he yields only 2 hits, a pair of walks to which he includes 4 fans.

For his part, the Caracas starter, Ronald Herrera, does not badly also in 5 innings, only that he blinks in the second section. There Lara makes a 3-score rally that begins with Ramón Flores receiving a base on balls, steps on the plate after a double by Juniel Querecuto, he and Ildemaro Vargas also arrive at the plate after a hit by Gorkys Hernández.

In the seventh they add 1 more, arrival in the legs of Hernández after a deflected pitch by reliever Eduardo Paredes, an action in which Flores also receives a ticket.

Lions tries to return but …

Since before the start of the Round Robin, Caracas has had serious difficulties in responding with the wood when finding people on the pads, in this match they are once again covered by that reality and it is not until the eighth when they can alter the score.

At that moment, the relief pitcher, Argenis Angulo, started badly by giving a passport to Aldrem Corredor, followed by Alexánder Palma, a homerun through the left field.

With the intention of giving shape and substance to the eventual victory, the home team produced another in the low of that section number 8, there Jecksson Flores scores after a ground ball to Alberto Callaspo’s initial.

By the ninth, the bolt Vicente Campos gets up to the nose and withdraws the episode by fast track to secure the award and to credit his second rescue, he maintains his immaculate effectiveness. The victory goes to Pérez’s account (2-0, 0.00).

This result, added to Magellan’s lauro over Aragua, leaves Lara alone in third place with a 3-2 record, in the middle of second place in the hands of Anzoátegui. Lions and Tigres start to walk away in last place with 1 won and 4 lost.

For this Monday, the residents of the capital will have a free day, while the Cardinals will visit Navegantes starting at 6:00 pm.