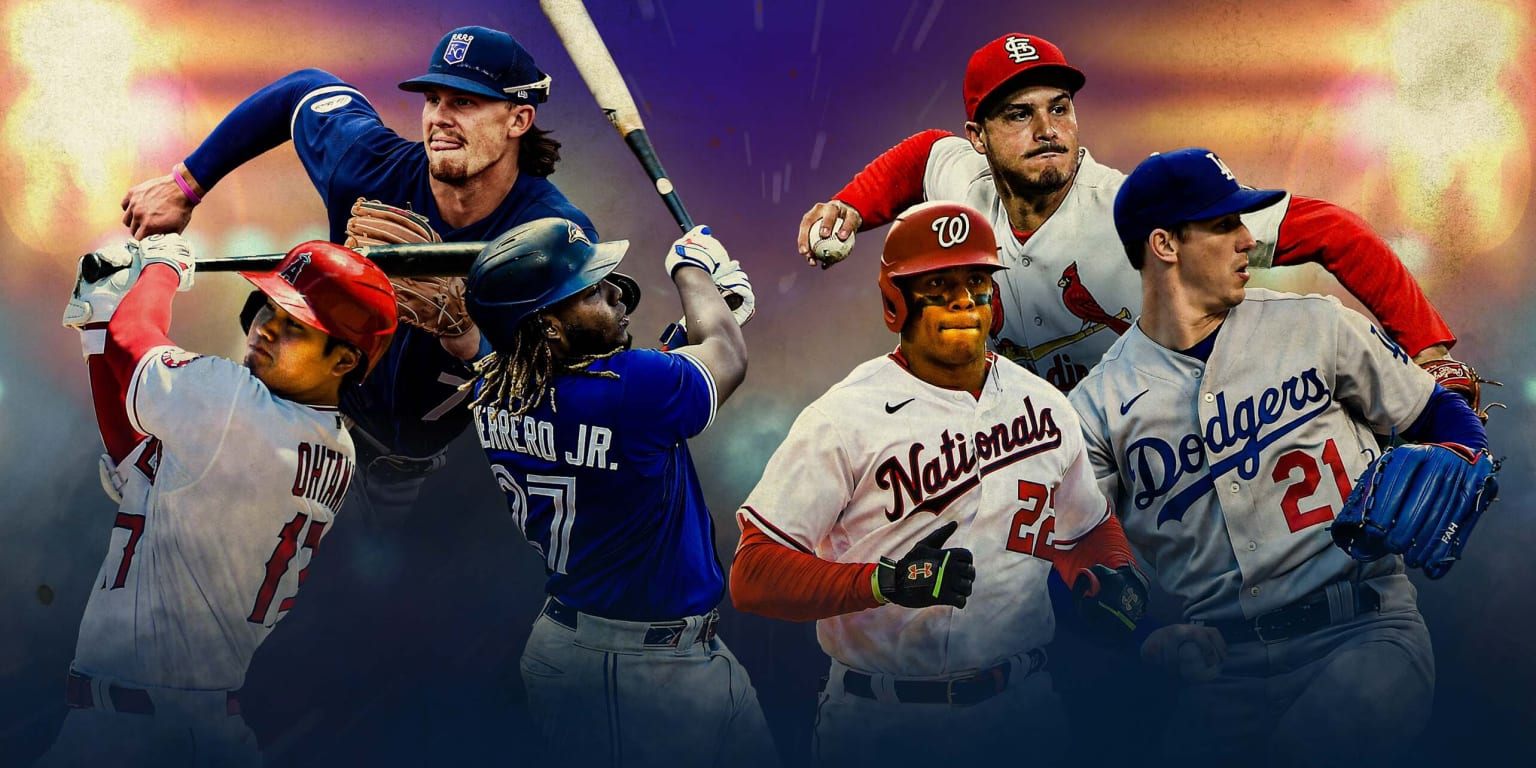 The cold, hard truth – even at this rosy time of year – is that not every team in MLB is a World Series contender. But each club has a candidate to win one of the awards presented by the Baseball Writers Association of North America (BBWAA).

The Cy Young Award and Rookie of the Year can always come from anywhere. And with voters becoming more open-minded and analytically inclined, it’s also more normal that the MVP doesn’t necessarily come from a winning team. Last year was the first time since 1987 that neither of the two MVPs (Shohei Ohtani of the Angels and Bryce Harper of the Phillies) left a postseason team.

So it’s fun to look for the most logical candidate from each team to win a prize. In some sets, the answer is obvious. In others, it is quite complicated.

Here are our picks for the 30 organizations. (And just to be clear, we’re talking about player awards, not Manager of the Year.)

It won’t start the year up, but if they turn it up early enough in 2022, the leaflet #2 from MLB Pipeline could contend for this award.

The Dominican showed superstar potential last year. That said, the Rays could repeat Rookie of the Year (Cuban Randy Arozarena won it in 2021) thanks to Shane Baz or Josh Lowe.

The Dominican has finished in the top 12 in MVP voting in his last two full seasons (2019 and 2021) and is only 21 years old. We probably haven’t seen the best of his talent yet.

It’s hard to stop thinking that it’s inevitable that Cole will win the Cy Young one day. Last year he finished for the fifth time in the top five in the voting and for the second time he finished second.

We’ll stick with the Dominican, who has finished in the top six in MVP voting in four of the last five seasons and is just 29 years old.

MLB’s No. 1 prospect is expected to be in the lineup on Opening Day. And that his bat speed, his power, speed and arm make him an attraction from day one.

Tigers: Spencer Torkelson, 1B, Rookie of the Year

The mighty Torkelson will be the Tigers’ full-time first baseman and will have the entire season to make his case for Rookie of the Year.

If the Twins are a competitive team again this season, Puerto Rican Correa will most likely rule the roost.

Giolito, 27, is at the peak of his career, perfect to fight for this award every year. He has received votes in each of the last three seasons, during which he had an ERA of 3.47 and an ERA+ of 128.

Shohei Ohtani or Mike Trout? Impossible to answer. In the end, we leave this in the hands of the bastion of decency and common sense: Twitter. The people elected Ohtani. (No idea if it was the right decision).

Although there are several older big stars on this team, Tucker was the best hitter on this lineup last year. And he is only 25 years old.

Unlike Francelis “Frankie” Montas, Jefferies, who was successful during his brief stint in the majors, is not a trade candidate. Which is why he himself is a safer bet here.

Mariners: Julio Rodriguez, OF, Rookie of the Year

the Dominican, third best prospect of all of baseball, he will start the season with the big team, which will boost his chances of being Rookie of the Year.

Between Marcus Semien and Seager, we take the latter, because at 28 he is the younger of the two and because his numbers last year after recovering from a broken hand were extraordinary (.335/.417/.592 ).

The Venezuelan was having an MVP season in 2021 before injuring his knee. But now that he’s delayed his start this season, he’ll miss less playing time. For now, he looks like he’ll run out enough turns to make a good argument.

The Dominican has a complete repertoire and should have a clear opportunity to earn a spot in the rotation.

Scherzer has been a Cy Young finalist in three of the last four seasons, after winning the award in consecutive years in 2016 and 2017. And with Jacob deGrom now sidelined, Max is the contender here.

The Dominican had an incredible line of .329/.489/.589 between June and the end of last season. to finish second in the MVP voting. If he can do that for a full season, there would be no need for a vote. Just give him the award at the end of the year.

At 29, Harper is more powerful than ever and will also have a lot more protection in the lineup after the signings of Nick Castellanos and Kyle Schwarber.

He’ll have competition from his own rotation partners in Brandon Woodruff and Freddy Peralta, who also shone in 2021. But why complicate things? The reigning Cy Young is fully capable of doing it again.

In St. Louis, they hope Arenado can return to that level that led him to finish in the top eight in MVP voting in each season between 2015 and 2019. He will play this season at the age of 31.

Cubs: Seiya Suzuki, OF, Rookie of the Year

Suzuki is a five-tool player, with a safe spot in right field. So, at 27 years old, he has a great chance to take this honor after coming all the way from Japan.

Although he has only made 38 plate appearances higher than Double-A, the power and big arm of the Dominican, 26th best prospect of all MLB, are tools that will help you a lot. It only remains to be seen how soon it will be uploaded.

Greene, who effortlessly hits 100 mph, is considered the No. 1 prospect in the organization and No. 22 in all of baseball, and he’s already had a spot in the Reds’ rotation since Opening Day.

D-backs: Alek Thomas, OF, Rookie of the Year

Although he will start the season at Triple-A, it is very possible that Thomas will make his Major League debut this year.

On a team full of potential award candidates, it looks like it’s time for Buehler, who has a 2.82 ERA (third-best in MLB) over the past four seasons.

Taking over as the Giants’ regular catcher following Buster Posey’s retirement, Bart will get his chance this year.

If the Padres are going to go into the season without Fernando Tatis Jr. for much of the year, one would imagine that a position player would have to have an MVP season. The safest bet is Machado.

The most realistic possibility here is that Bryant shows something similar to what he did when he was MVP in 2016 with the Cubs.

Candidates to win prizes, by team