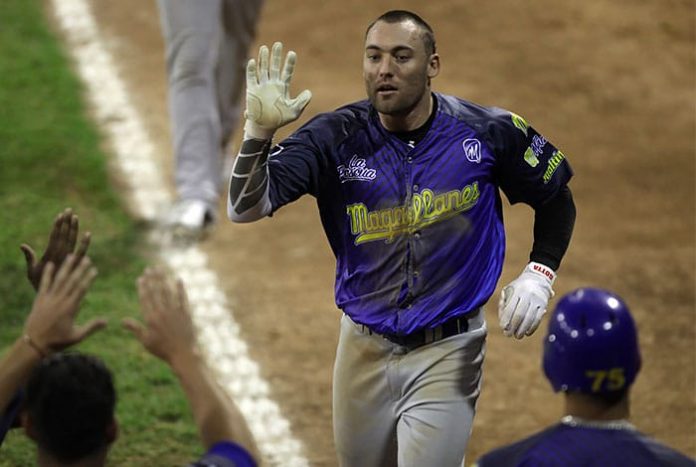 American Cade Gotta was named Most Valuable Player in the final of the Venezuelan Professional Baseball League after batting .370 in the seven games played, with three doubles, two homers, ten RBIs and three runs scored.

And it is that Gotta and Ángel Reyes hit home runs and the Navegantes del Magallanes dethroned the Caribes de Anzoátegui as Venezuelan baseball champions on Tuesday, with a 3×2 victory in the seventh and decisive game of the final series.

Magallanes thus conquers his thirteenth championship in the LVBP and the first since he chained the titles of the 2012-2013 and 2013-2014 seasons.

Reyes, who was chosen as a reinforcement for the playoffs after serving with Águilas el Zulia in the regular round, sentenced the victory of manager Wilfredo Romero’s team with his home run in the eighth inning, at the Alfonso ‘Chico’ Carrasquel stadium. from the coastal city of Puerto La Cruz.

“It is indescribable, a shot of adrenaline that is too beautiful!” Celebrated the 26-year-old player in statements to Simple TV after his solo shot.

Reliever Anthony Vizcaya (2-1) scored the win by retiring two scoreless innings, in which he allowed two hits, struck out an opponent and gave away a walk. Bruce Rondón saved for the third time in this final series.

Only one club has more trophies than Magallanes in the LVBP, its arch-rival Leones del Caracas, with 20.

Caribes, who had been champions last season, lost the series at home after starting with a 2-0 lead.

The Orientals had started the seventh match at the forefront, with a single by Tomás Telis that allowed Willians Astudillo to score in the second inning.

Magallanes reacted with Gotta’s home run, without teammates on base, to tie the game in the fifth.

Immediately, in that same episode, Anzoátegui regained the lead when Luis Sardiñas scored thanks to a sacrifice fly by Niuman Romero.

It didn’t take long for Magellan to level up again. Carlos Pérez reached base by mistake by second baseman Asdrúbal Cabrera, which Pablo Sandoval took advantage of to reach the plate.

And then Reyes came along with his connection to the left field bleachers.

César Jiménez, Robert Zárate, Enderson Franco, the winner Vizcaya and the firefighter Rondón combined on the mound for Magallanes to keep the rival bats under control.

Cade Gotta elected the Most Valuable Player of the LVBP final