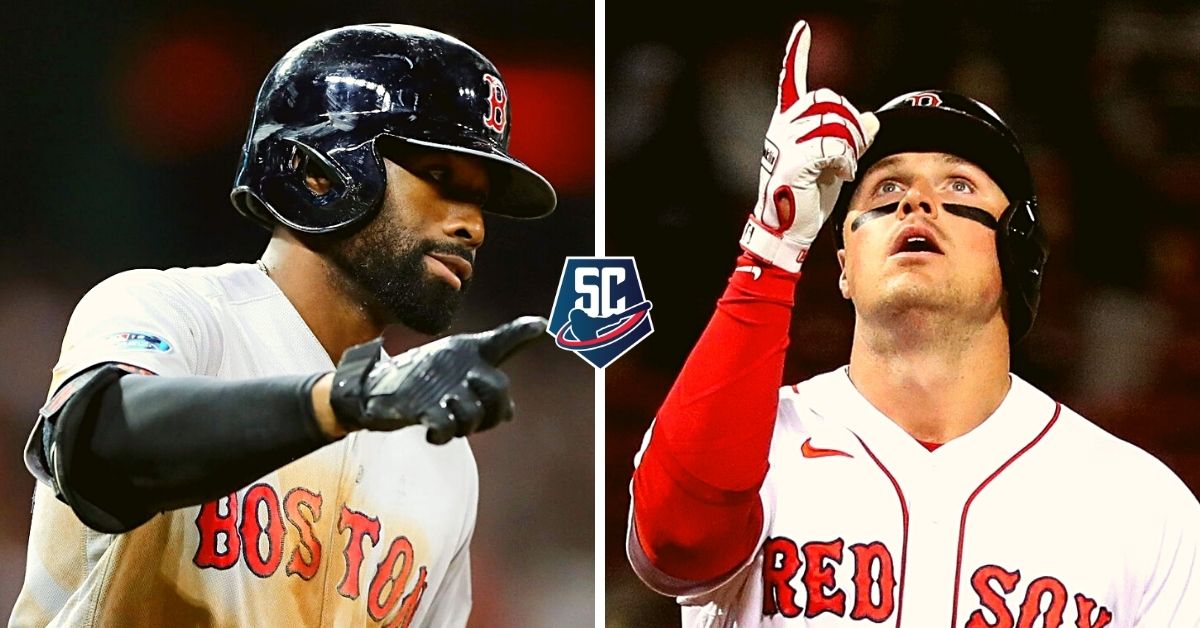 The Boston Red Sox and Brewers announced an agreement on a trade that would send outfielder Hunter Renfroe to the Milwaukee Brewers. In exchange, the Red Sox acquire former center fielder Jackie Bradley Jr. and two prospects, infielders David Hamilton and Alex Binelas.

Business closed in the last hours of the imminent work stoppage. Renfroe, who will be turning 30 on January 28, is coming off a very good season. Although he was signed last winter for 3.1 million dollars, yesterday the Boston parted ways with his services to bring in three players, one who was already part of the Red Sox and two prospects, since the income of one for three it gives you more dividends in the end.

Both teams with similar postseason aspirations for their respective divisions in Major League Baseball-MLB, they went in search of what was necessary to keep their goal in sight.

Now let’s see what change brings us for the Brewers. Hunter renfroe It was the first round of the Draft of the San Diego Padres, after his return to the University when he had already been chosen for the first time by Boston in his 31st round of the Draft. In his sixth season in MLB, the 2021 right fielder had his best performance in various aspects of the game, in addition to participating in the most games (144) for him in his career. He posted a fixed line of .259 / .315 / .501 / .816, the product of 135 hits, including 33 doubles and 31 full-lap hits, with 96 (highest value for him) RBIs in 540 official plate appearances. . All of this brought him to 2.3 WAR (second-highest of his career, behind 2.4 in 2018 and 2019).

Renfroe ranked as a league average defender based on the measure of defensive runs saved. He tied for the league lead with 16 assists in the outfield, often displaying a powerful cannon arm that scouts have praised since his days as a prospect. But both DRS and Statcast’s Outs Above Average established their range as slightly below average.

He may even be a likely Gold Glove winner, Renfroe is a capable right fielder who can take on an everyday playing role in Milwaukee. The Brewers lost Avisaíl Garcia when he signed with the Marlins in free agency. Both Renfroe and Taylor could now place veteran Lorenzo Cain in center field in the event of days off or injury for the 35-year-old.

With this change the Brewers are incorporating a batter above the average, with acceptable defense and youth to be an everyday player. Thinking that it is a team that should be fighting its Central Division of the National League, the change seems viable and successful, in addition to being a cheaper player than Bradley who will collect 9.5 million dollars in 2022.

Now if Renfroe can be said many positive things for his future team, Bradley not so much when he had a nightmare campaign in 2021 at the plate. Milwaukee signed Bradley to a two-year warranty last offseason, but he only posted a .163 / .236 / .261 mark in his 428 plate appearances.

According to the wRC +, Jacky Bradley’s offensive numbers were well below average, coming in at 65 points below the league average. That ranked last out of 262 hitters with more than 300 trips to the plate, and essentially nothing worked out for Bradley offensively. His strikeout rate shot up to 30.8%, the highest of his career, while his walk percentage dropped to 6.5%, his personal minimum. Bradley’s six home runs were his lowest total in seven years, as did his ISO of .095 (slugging minus batting average).

To his credit, Bradley continued to play his typical style of excellent defense. The former Gold Glove winner secured 12 runs above average in his 915 1/3 innings on the pitch. Meanwhile, Statcast estimated that it was worth four points above average. However, even a glove as excellent as Bradley isn’t providing much overall value with an offensive performance as poor as it did in 2021.

It’s no wonder Milwaukee looked for opportunities to surpass Bradley’s spot in the lineup, and they found one through their old team. While the Brewers will add an offensive upgrade, the Red Sox bring Bradley back to Boston in the hope that a return to that environment could unlock some of his previous production. Bradley was a fan favorite and overall strong player for nearly a decade with the Red Sox, first joining the organization as a first-round supplemental pick in 2010.

Jackie Bradley He became a major player in the Red Sox lineup in 2014, spending most of the next seven seasons as a starter. His outstanding defense in the center has made him loved by the Boston faithful, and he is a left-handed hitter with occasional power. His last season with the Red Sox was one of his best, as Bradley hit .283 / .364 / .450 with seven homers and five steals in 217 plate appearances during the shortened 2020 season.

Boston will likely take Bradley as the regular center fielder, to bring utility Enrique Hernandez to second base more often, with Alex Verdugo and top prospect Jarren Duran flanking Bradley in the corners. Of course, the Sox could look to future additions to the positional mix, with a right-handed outfielder capable of complementing the left-handed trio of Verdugo, Bradley and Duran, if he ultimately makes the necessary adjustment that an aspiring postseason team needs.

Bradley’s contract also contains a mutual option of 12 million for 2023 that comes with a purchase of 8 million. The Red Sox are taking on a good chunk of guaranteed money down the road to acquire a couple of highly regarded young position players. Both Hamilton and Binelas were ranked by Baseball America in Milwaukee’s top 20 prospects at midseason.

David hamilton, 24, from the University of Texas in 2019. He stayed out that season recovering from an Achilles rupture he suffered during his junior year with the Longhorns, and last year’s canceled minor league campaign meant he didn’t. . The left-handed hitter played his time between High-A and Double-A, hitting .259 / .341 / .419 with eight home runs and 52 stolen bases in 459 plate appearances. Unsurprisingly, given that impressive stolen base numbers, the infielder gets a plus, as well as a solid focus at the plate.

For his part Alex BinelasThe 21-year-old was the Brewers’ third-round pick in last summer’s draft. Considered a potential first-round talent entering his final season at the University of Louisville, he went through a low year. However, the left-handed hitter did his best to put that behind in a brief performance at Low-A after Draft day, hitting .314 / .379 / .636 with nine home runs in 132 chances at the plate.

Undoubtedly it is a deal-business in a very good way where everyone left apparently satisfied, now it remains to be seen if Renfroe can help the Brewers with their offensive production, and Bradley recovers his level with the team that led him to shine. If I lean towards a greater beneficiary, I think that the Red Sox took advantage of the business more, since they made two prospects that could be in addition to the future of the organization, also change chips for the deadline, as always under the magnifying glass of Cora some Players look huge and it may be the case for Bradley. As I always like to say, only time can tell who benefited.