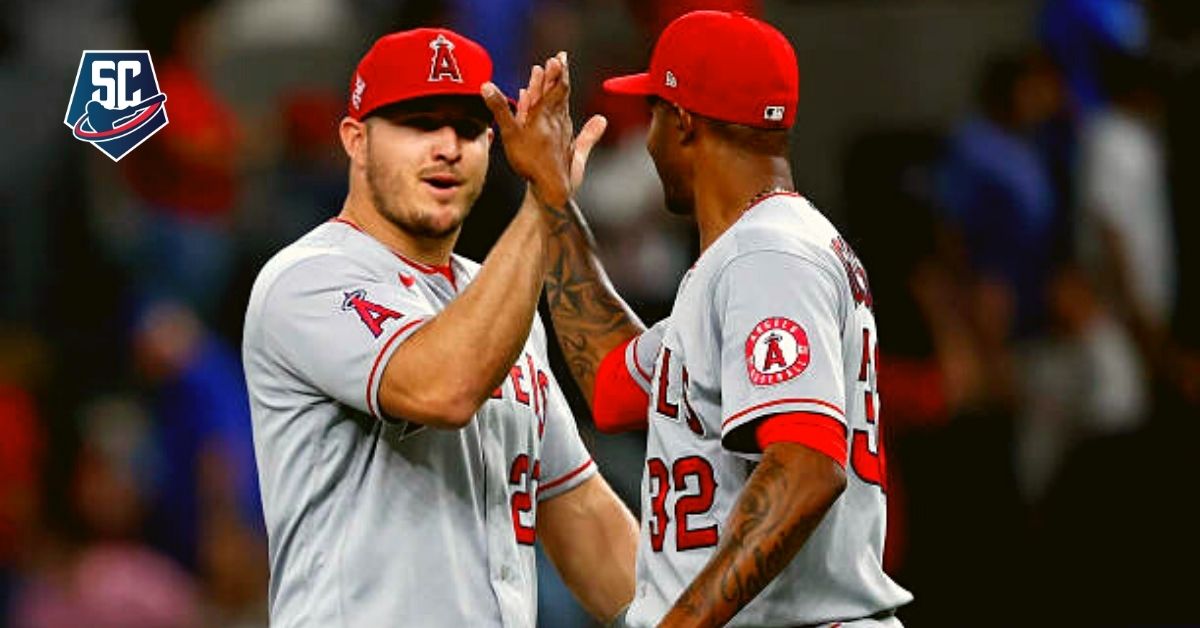 The Los Angeles Angels and Anaheim Angels were clear that Raisel Iglesias it was one of his priorities this Major League Baseball offseason. They had to sign the Cuban closer at any cost. So much was the preponderance that the celestials gave Iglesias that even the greatest star of the team and all of baseball, Mike Trout, reached out for the West Indian right-hander to return to the club led by Joe Maddon.

According to an NBC Sports report, Trout helped general manager Perry Minasian convince Iglesias to quickly sign a contract that would guarantee him to be in Anaheim for four seasons ($ 58 million). In addition to Trout and Minasian, manager Maddon and “several” Angels figures called Raisel in recent weeks to let him know how much they wanted him back at Angel Stadium.

And it is logical. Iglesias was one of the best and toughest closers in the game in 2021. The Cyclone threw 70.0 innings, saved 34 games, posted a 2.57 ERA, allowed just 53 hits and 20 earned runs, walked just 12 and struck out 103 men in 65 appearances. His WHIP was 0.93 and, to top it all, he was the second pitcher in the majors with the most saves of more than 1.0 innings, with eight, just one behind the leader (Liam Hendriks, with nine).

“The race to sign him was very tough. He (Iglesias) is one of the most talented closers. In fact, we feel like he’s one of the best pitchers in the game and we’re not just talking about relievers. We thought there was going to be a lot of interest from other organizations to sign it, and there was. Raisel was one of our highest priorities, if not the highest internally. “

After several seasons without a reliable closer, the Angels wanted to try their best to retain their fire extinguisher. As a sign of their perseverance, they were able to sign him despite the fact that the Cuban gunman rejected the qualified offer of 18.4 million dollars, which would have assured him to play with them in 2022. Minasian declared, according to the report, that even after that decision by Iglesias, He remained confident of having him back. After acquiring him instead from the Cincinnati Reds, it wouldn’t have made sense if Anaheim had let the pitcher go.

As part of the reinforcements for the Angels’ pitching in 2022, Iglesias will have the help of newly acquired Noah Syndergaard and fellow reliever Aaron Loup. The islander right-hander, yes, will have the juiciest contract among the three mentioned pitchers, as he will earn 10 million dollars in 2022 and 16 million per year between 2023 and 2025.

Hand in hand with Iglesias and healthy seasons by Trout and Anthony Rendón, the Angels will try to fight in an American League West Division that saw the Texas Rangers strengthen with millionaire additions such as Corey Seager, Jon Gray and Marcus Semien. Iglesias will be in charge of leading the reliever staff again, with the role of immovable closer.

BREAKING: Mike Trout himself was in charge of the signing of Raisel Iglesias