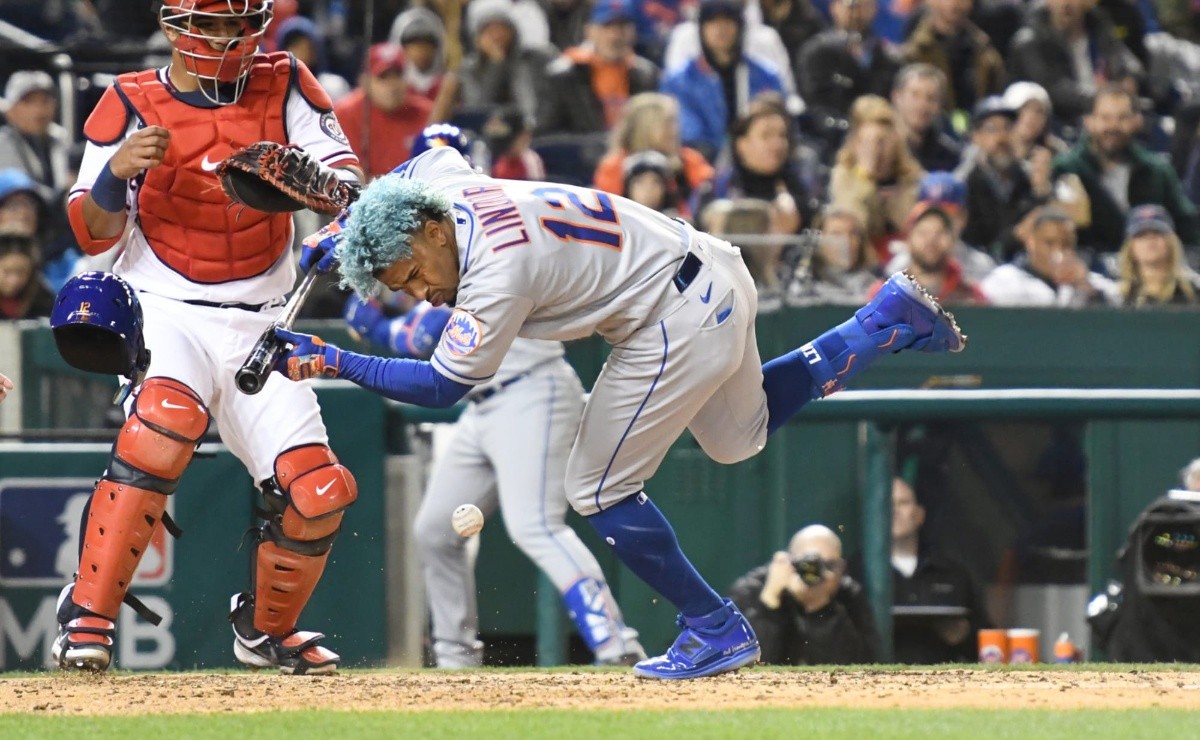 The indiscipline did not take long to become present in the 2022 MLB season, since just on the second day of activity, in the duel between the New York Mets and the Washington Nationals we have the first brawl of the campaign. The NYM and Nationals dugouts were emptied.

It was the top of the fifth inning at Nationals Park, when Puerto Rican Francisco Lindor stopped to bat, short stop of the visiting team (Mets), who had a runner on second base, with no out; Lindor squared off to touch and sacrifice with the account against him 0-1:

From the outset, the Mets were already winning the game 4-3 by the minimum, so veteran reliever Steve Cishekof the Nationals, threw a fastball very close to Lindor, which hit the face of the former player of the then Cleveland Indians, who fell to the ground conscious.

Immediately, the manager of the Mets, Buck Showalter, came out very upset to argue with the members of the Nationals and the main umpire, in that Cishek wanted to throw Showalter on top of him and the Nats catcher, Keibert Ruiz, stopped him.

At that moment, the pews cleared and Lindor stood up. The bullpens were also empty; Ruíz, Juan Soto, Dee-Strange Gordon, all from the Nationals, went with Lindor to ask him how he was doing, while Pete Alonso, from the Mets, was one of the most furious, because he was waiting his turn and being in the waiting circle he was the one who of course he saw the ball to Lindor.

You can also read: Francisco Lindor sends a harsh message against MLB about the International Draft proposal

‘Mr. Smile’ had to leave the game and was replaced by the Venezuelan, Luis Guillorme. Note that reliever Cishek was ejected by head umpire Mark Carlston for his unsportsmanlike conduct. So far, the score is 4-3 for the Mets in the top of the sixth inning.

Breaking: Ball to the head of Lindor causes the first row of the year in the Mets vs. Nationals (Video)