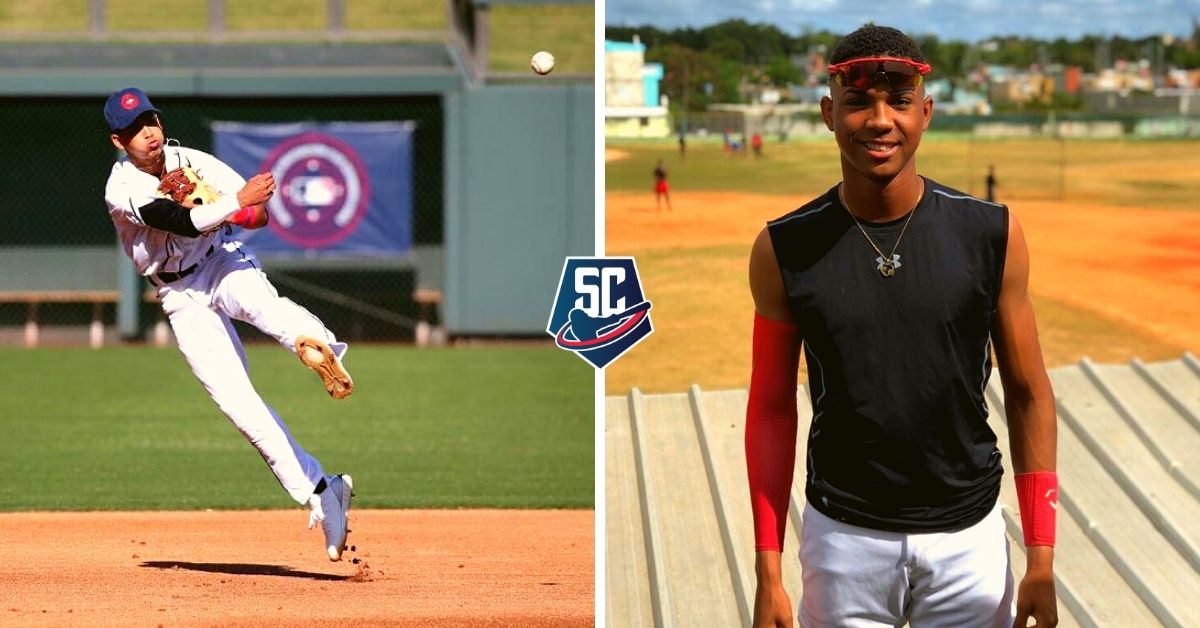 By Fredy A. Villalonga

Major League Baseball is frozen by the lockout, but that’s not stopping teams from signing foreign talent. Dozens of prospects, mainly from Latin America and the Caribbean, will take a leap in their development by linking up with MLB franchises, the signing period begins on January 15, 2022 until December 15 of the same year.

The players who would join the franchise will be Freili Encarnación and Fraymi de León, according to Baseball America.

Encarnación occupies number 19 on the MLB.com list, the young man has an excellent physique, 6-2 in height and 175 pounds, having hitting as his best tool. As described by MLB Pipeline, it shows great power and is classified as “special”.

It may interest you: THE BEST ON THE WAY: Boston’s Favorite Prospects

“The teen projects to have more power and already shows the ability to hit high, deep home runs in games,” according to the Pipeline scouting report. “It helps that he has a disciplined approach at the plate and a good feel for the frontcourt.”

De León is considered an advanced defender, possessing a strong arm and solid instincts. Baseball America refers to him as one of the best defensive shortstops in the class, “a quick-reflex athlete who is light on his feet with smooth actions and good body control on the field.” The hitter is 5-11 and 157 pounds, considerably more than the 5-9 and 130 pounds he weighed during a major league showcase two years ago in Arizona.

According to Pipeline, the young man ranks 50th on the list, although due to the pandemic many players have not appeared in any showcase since 2019. Supposedly the signing period would take place last July, being suspended due to the same circumstances.

The Red Sox will have a bonus fund of about $5.2 million to spend.

Below are the best “International” prospects according to MLB.com:

one. Roderick Arias, SS, Dominican Republic: The top prospect in the class, Arias has upside potential in his arm. His shots are precise and effortless, and he’s always in a position to make them. He also shows good footwork with soft hands and above average range. At the plate, he exhibits above-average batting skills and possesses a formidable frontcourt. He shows good discipline at the plate and doesn’t swing or miss often. Great power from both sides, especially the right. The Yankees are the favorites to sign him.

two. Christian Cowboy, OF, Cuba: At 6-3 and close to 190 pounds, he’s a physical specimen with tons of strength and raw power. Can cover ground in center field, shows strong arm. He plays with a lot of energy and has a natural instinct in practice and in games. The Nationals are the favorites to sign him.

3. Ricardo Cabrera, SS, Venezuela: At the plate, Cabrera shows a forward approach. He hits to all wings of the field and stays well through the attacking zone. On defense, he has soft hands, good footwork and the kind of range that will make him at least an average shortstop. There’s a chance he could move to third base if he continues to grow and develop, but he projects to have enough offensive firepower to make the trade. The Reds are the favorites to sign him.

Four. William Bergola, SS, Venezuela: At the plate, he already displays solid batting skills, forward focus and an understanding of the frontcourt. Good pulling power online, with more power expected to come as he develops and his body matures. On defense, Bergolla has good footwork, soft hands and an arm strong enough to hold him in position as he works his way through the Minor Leagues. He has a solid range and good instincts. He has been praised for his baseball IQ and shifting to both sides. He is the son of former Major League Baseball player William Bergolla Sr., an infielder who spent most of his career in the Reds system and with various teams in the Venezuelan winter league. Philadelphia is the favorite to sign Bergolla Jr.

Boston goes all out to international firms, prospects in sight