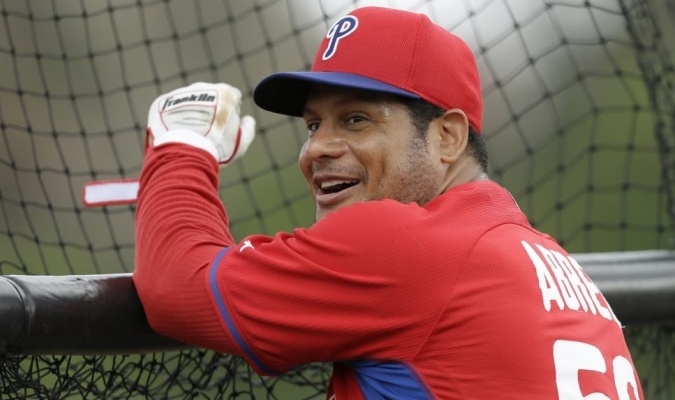 Former baseball player Bob Abreu is celebrating when he arrives today (March 11), at 48 years of age. Born in Turmero, Aragua State, he has a great career in baseball (LVBP, MLB) and is currently a recognized businessman in the country.

Read also: Is Bob Abreu a member of the Hall of Fame?

He debuted at age 17 in the Venezuelan Professional Baseball League with the Leones del Caracas with whom he played 16 seasons. In addition, he reinforced Cardenales de Lara in the Caribbean Series in 1998. In total he hit 517 hits, with 43 home runs and 258 RBIs. In 2021 he entered the Venezuelan Baseball Hall of Fame.

In the Majors he debuted with the Houston Astros, after two seasons he jumped to the Philadelphia Phillies where he took his big step to stardom, highlighting two seasons of 30-30 (30 home runs and 30 stolen bases), in the years of 2001 and 2004. He also won a Gold Glove in 2005 and that same year he won the Home Run Derby, prior to the All-Star Game. These merits led him to be part of the organization’s temple of the immortals in 2019.

In total he left an average of .291, with 2,470 hits, 288 homers and 1,363 RBIs. He also highlights his round figure with 400 cheated and 1476 tickets received. He currently remains in the bid to enter Cooperstown, where the history of the best players who have passed through the Major Leagues rests.

Off the ground. As a businessman, the player started in 2006 creating his own record label called “Cacao Records”, with the intention of promoting Venezuelan talent in music. He also created his sports clothing and shoe line called “BTOP”.

In 2011, he launched himself as a sports owner, being the majority owner of the shares of the team of the Professional Basketball League (LPB), Panteras de Miranda.

Bob Abreu turns 48: his career as a player and businessman