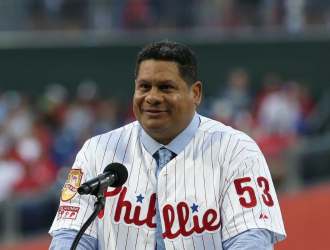 Comedulce Bob Abreu received a new vote for the Major League Baseball Hall of Fame. The outfielder who played 19 seasons in the majors added the 18 ballot with his name to show 12.8% with 134 ballots already public.

According to the statistics of Ryan Thibodaux (@NotMrTibbs), the former Creole player has lost two votes and has won one, leaving a balance of -1. In his third year among the nominees to be immortalized, he needs only two scrutinies to be taken into account for the 2023 election.

This year there are 394 journalists and chroniclers who are going to give their choice. To get to Cooperstown, former players have to get 75% of the ballots, which is equivalent to 294 elections.

Read Also: Is Bob Abreu a Hall of Famer?

Abreu’s debate continues year after year whether he should “be or not” in the Hall of Fame. The answer will be seen at the end of this voting process, where we will see if the numbers increase unlike in 2021.