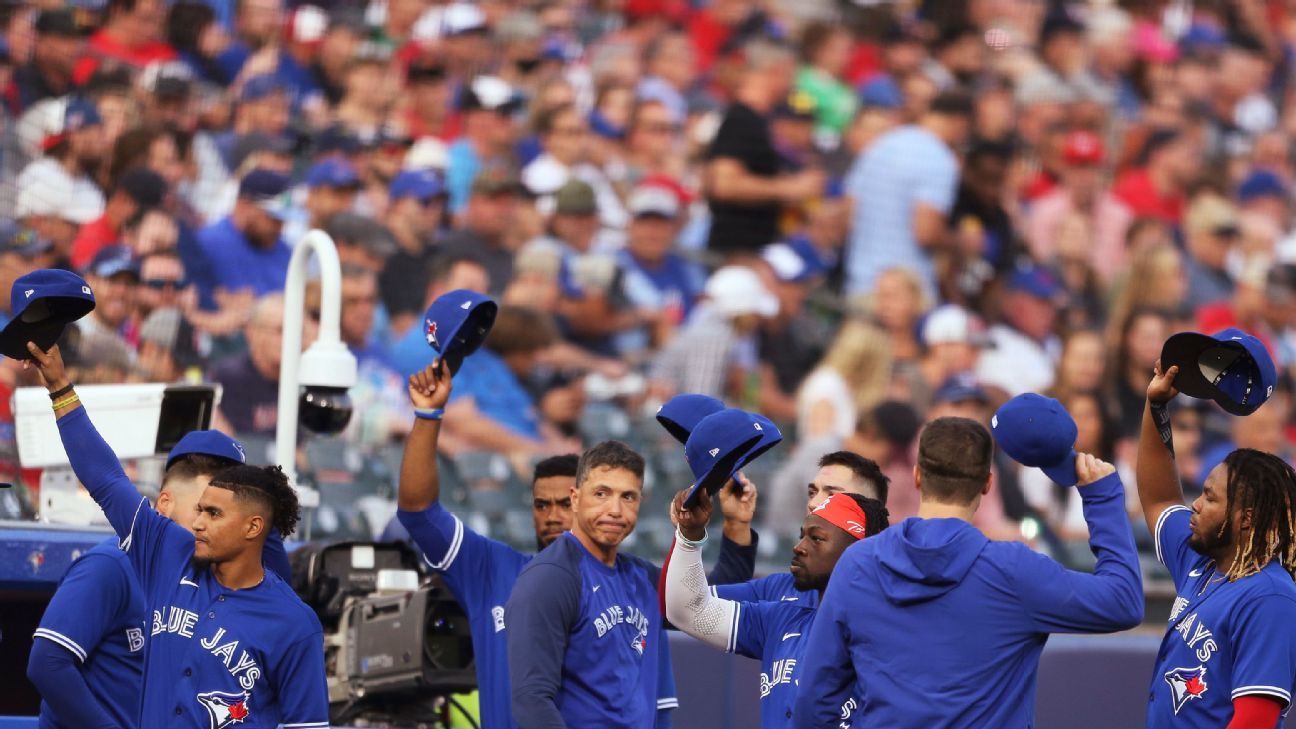 BUFFALO, NY – For the city of Buffalo, it was fun while it lasted.

After not hosting a Major League Baseball (MLB) game since the days as an outpost of the Federal League in 1915, Buffalo made the most of its opportunity by hosting the Toronto Blue Jays for two seasons in the wake of the pandemic by the coronavirus.

It all concluded on Wednesday night, in a duel in which JD Martinez and Hunter renfroe hit back-to-back home runs to help the Boston Red Sox win a home run derby-like duel by beating Toronto 7-4 in the final MLB game to be played in the city in the near future.

Midway through the third inning, Toronto players and coaches came out of the dugout to greet the fans at Sahlen Field.

The Blue Jays will return to Toronto on July 30, after the Canadian government gave them an exception to the travel ban on the US border. The Blue Jays have not played at the Rigers Center since 2019 due to pandemic protocols. They started the current season with their home games in the park they use at spring camp in Dunedin, Florida, before moving to Buffalo when better weather allowed.

“It was a good experience here,” Blue Jays manager Charlie Montoyo said. “We will never forget that this was where we rated Playofs last year. The fans have been great. It was a great idea (to think of the fans) ”.

Although there were many nights, especially against the Red Sox and New York Yankees this year, the Blue Jays may have felt like the away team in Buffalo, considering the number of fans those clubs brought to the stands.

Wednesday night, July 21, was no different. The Sox Nation network was loud in the stands, while Enrique Hernandez, Rafael Devers Y Michael Chavis They also blew up the fence for Boston, and this was after the Red-legged ones hit six caps in Monday’s 13-4 win over Toronto.

It was the first time the Red Sox hit at least five home runs in consecutive games against the same opponent since they did so in June 1977 against the Yankees.

Before Wednesday’s game, Mark Shapiro, president of the Blue Jays, presented a check for $ 25,000 to the Buffalo Bisons Foundation in appreciation of the support the minor league branch gave the major league.

Buffalo returned the favor, as groups exceeding 10,000 attended six of Toronto’s last eight games at their makeshift home, with 14,607 fans for Wednesday’s game.