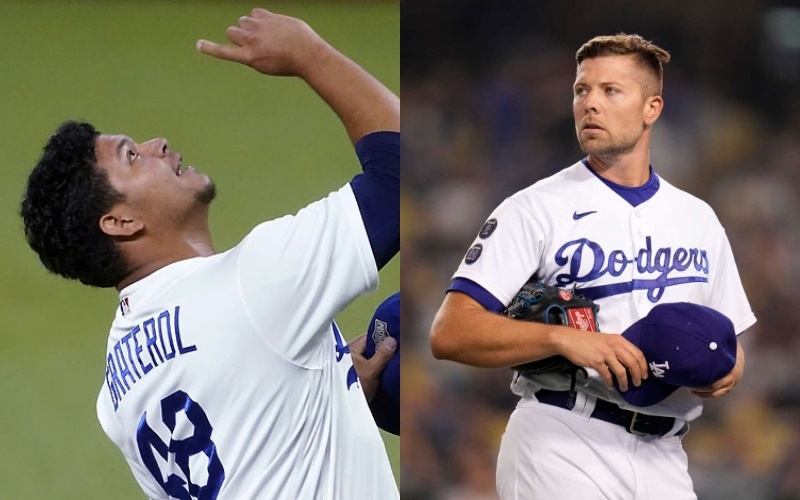 The last word has Dave Roberts, but there are statistics that speak for themselves.

The Los Angeles Dodgers they seemed to have it when they signed Freddie Freeman, but once they saw Kenley Jansen go things changed for the MLB 2022.

Who can be the closer for the Dodgers?

Many point to Brusdar Graterol for his great speed. However, Blake Treinen has many factors in his favor that make the difference.

Notably, Treinen pitched 44 more innings than Graterol in the MLB 2021, because the Venezuelan spent a long time in the Minor Leagues where he tried to improve his breakers.

If we add Graterol’s innings pitched in the Minor Leagues, Major Leagues and playoffs, the result is 58 total innings.

Treinen had more activity (72.2 IP) than Graterol (33) in the Majors 2021, that can greatly influence the decision that the players will make. Dodgers and in the following stat comparison.

If there is something that teams like, it is how independent their closer is from the defense, that comes from the intention of avoiding being moved by runners and there is less tendency for an error to be made by the defense in the final innings. .

Blake Treinen had an FIP (Field Independent Pitching) of 2.88. While Graterol got a horrendous FIP of 3.95. It’s no secret that Treinen relied less on defense to get outs than Graterol did in 2021.

What is the FIP?

It is nothing more and nothing less than him (Fielding Independent Pitching), which means the effectiveness that the pitcher achieves on his own and that has nothing to do with the defense, those runs and outs coming from HR, BB, HIBP and K.

Treinen draws fewer ground balls than Graterol, which makes it clear why he relies less on defense.

Who got hit better?

Hitters fared better against Graterol, who gave up a 259 AVG in 2021. And in the same context, hitters couldn’t do the same for Treinen, who was hit 100 fewer points than Graterol (159).

Percentage of matchups ending in strikeouts and walks.

MLB averages: 23.2% of at-bats ended in strikeouts and 8.7% culminated in walks.

How did they fare individually against lefties and righties?

Treinen is deadly against left-handed hitters, a big plus for him as a right-hander. While the same cannot be said for Graterol:

Right-handed hitters don’t look bad against Graterol and the numbers say so, but lefty hitters certainly were a nightmare.

Another point to note is that Graterol in 2021 had better hitter dominance when he entered with baserunners. On the other hand, he tended to take more damage when he started with no one on base.

Blake Treinen makes the difference and the numbers say it:

So far, Graterol looks like that trainer or “fireman pitcher” who puts out the fire in the necessary situations.

It should be noted that Treinen already has experience as a closer in the Major Leagues, he started doing it in 2017 with the Washington Nationals before being traded to the Oakland Athletics, he finished the season with 17 saves.

By 2018, already starting the season with the Oakland Athletics, if he was the closer from day one, accumulating a total of 38 saves with a brilliant 0.78 ERA in 80 innings with 100 strikeouts, he also added an impressive record of 9 -2 for a reliever.

Blake Treinen or Brusdar Graterol? The deserving of the last inning of the Dodgers