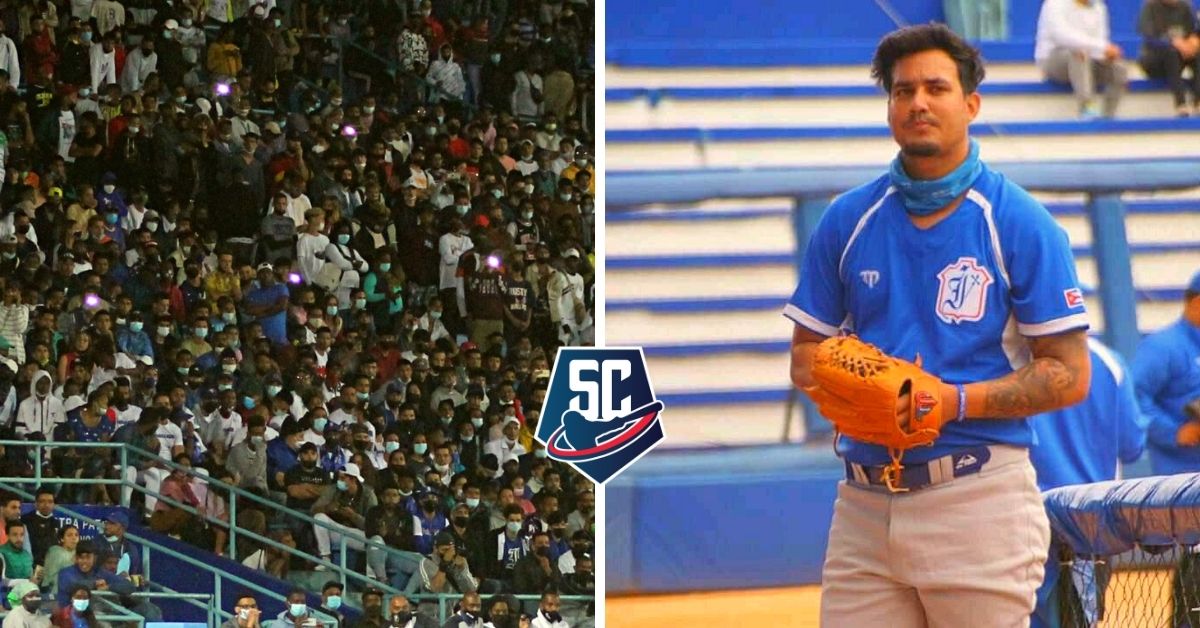 Industriales pitcher Pedro Álvarez has been one of the most important and mediatic in the blue squad to which he arrived for the first time this season after his convulsive transfer from Sancti Spíritus (he was as a reinforcement a couple of seasons ago).

Pedrito is almost always at the center of the controversy for various reasons and one of them is related to his particular way of throwing, which is rejected by some who confuse it with gestures that this group considers to be out of sports ethics.

But the pitcher who was once among the most sought-after prospects in Cuban baseball has not remained silent to those questions and left a direct message to his detractors on his official Instagram profile.

It may interest you: Google omitted transcendental information about one of the great Cuban symbols

“Don’t you like my style? Does it say that I have cheap handsomeness? What am I boastful? What am I a clown? In parts he’s right because it’s my style, it’s the one I play with, I don’t pitch to please you (the one that surely isn’t perfect and doesn’t have its own style). I’m not handsome, I just have courage and desire to do things. Boastful well there more less hahaha, but outside the stadium I’m common one plus someone from town, someone who takes a bus who walks, someone who stands in line. And clown I wish I had that talent to make children laugh. Just thank all the people from the capital who support the blues. #trustmyblues»

Although these words may seem harsh to those who question his way of throwing, especially because of how he celebrates his successful moments and the rivalry he has with his opponent, many who know the Sancti Spiritus closely attest that this has nothing to do with do with your personal values.

Even at the beginning of the championship, an action by Pedrito impressed everyone, when he launched his match with a pullover of the fan who had died in a traffic accident. That image pointing to the sky and showing the public the outfit with the face of Leo Menéndez at the end of his work as a pitcher, is something that demonstrates his human sensitivity.

It may interest you: UNPUBLISHED: Rookie baseball player and his father MADE HISTORY

And beyond this, many publications have been seen from fans in Havana, Sancti Spíritus and elsewhere sharing photos and moments with the controversial Lions pitcher. I have not come across any complaint on social networks of his mistreatment by someone who has approached him with good intentions. Beware, not everyone is willing to do that always.

Without a doubt, his way of throwing will continue to generate division of criteria, because some, especially those who sympathize with him and with the team where he plays, will say that it is part of his characteristic and that of the Latino. Others, for their part, will consider the style exaggerated and will point it out as excessive and provoking negative reactions from the opponent.

Perhaps these same ones reproach him for his public message, especially for ignoring criticism in this regard and being completely sincere, without half measures with his writing on this matter.

Álvarez has been the pitcher with the best performance in the Havana team in the current season. His perfect balance of 3-0 in six starts, with an ERA of 3.38 and a rival average of 246 support him. However, he has only struck out 13 and his WHIP is 1.59.

Best Industriales pitcher RESPONDED to critics: “They say I’m handsome, boastful and a clown. I don’t pitch for you.”