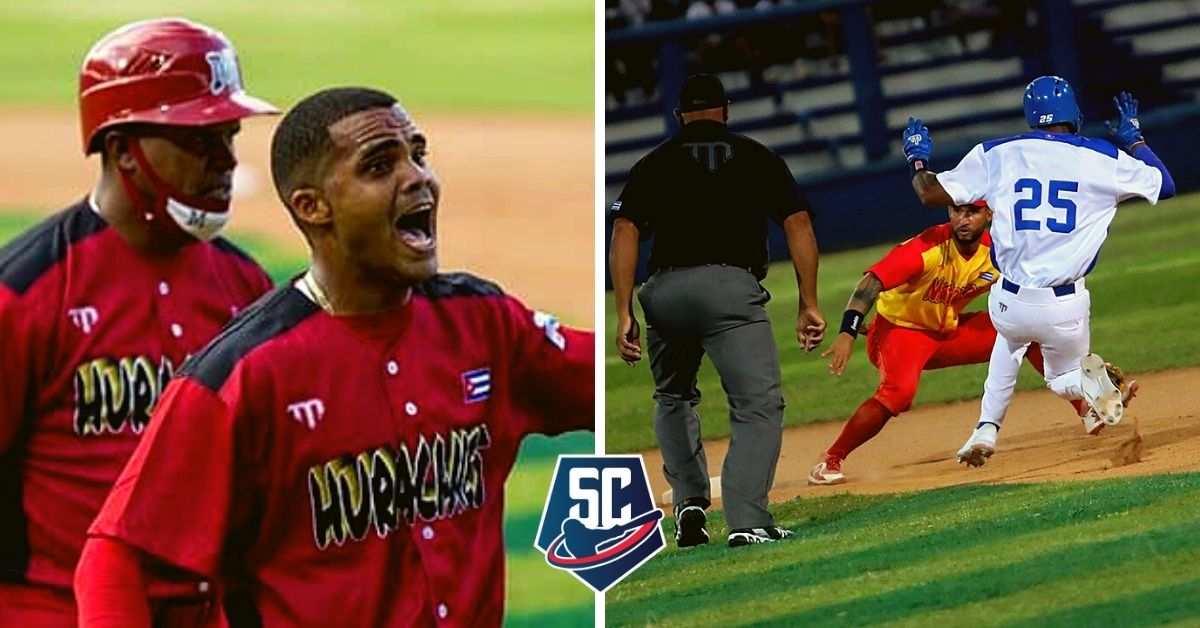 On Thursday, two sweeps were completed in the central-western part of the country. Artemisa and Villa Clara passed the broom before their peers from Cienfuegos and Pinar del Río, respectively. Meanwhile, Isla de la Juventud and Matanzas received the best dividends in their private matches.

Artemis “passed the broom” in her house

The “26 de Julio” stadium in the young province of Artemisa hosted the third duel of the sub-series between the Hunters and the Elephants. The home side struck first on the scoreboard, and with four runs in the first inning they put themselves in an unbeatable position for success.

The visitors did not lower their guard and without much noise equalized the actions in the seventh inning. In that chapter, the locals returned to produce and, with a score in the so-called “lucky inning” and another two in the eighth episode, They guaranteed the victory 7 × 4.

You may also like: MORE EXPULSIONS: Matanzas took revenge on Industriales in the Latino

The victory in the duel went to Israel Sánchez, who worked a complete inning and allowed two hits, but his team responded on offense. Meanwhile, the setback went to the account of Pedro Mesa Muñiz, his second of the campaign and the fourth of his career.

Likewise, the experienced José Ángel García reached five saves in the season and accumulates 278 in his career in Cuban baseball.

Mayabeque started a victory in Labra

Mayabeque defeated the Isle of Youth 6×1, supported by the pitching work of Yulian Quintana, who reached three hits in the current contest, after pitching eight complete innings, with six strikeouts, eight hits allowed and only one earned run. On the other hand, Jonathan Carbó suffered his third setback of the campaign.

You may also like: BLACKOUTS AND BROWS: Beating in the Latino, Industriales subdued Matanzas

Third baseman Lázaro Martínez led the Hurricanes offense, with two hits in four legal at-bats. Plus, he drove in a couple of teammates and scored once. For the pineros, veteran Luis Felipe Rivera had a couple of hits in three at-bats and Jander Santamaría hit his third home run of the season in the ninth inning.

In one of the least expected results of the recently concluded subseries, The Villa Clara Sugar Producers knocked out the Vegueros from Pinar del Río 14×1to complete the sweep on his visit to “Capitán San Luis”.

Pedro Jova’s troupe shot 18 hits in the match and was led by Juan Carlos López, who hit four hits in five visits to the batting cage, including a couple of doubles. Also, he scored three runs and drove in four Leopards. That way, he produced half of his team’s runs in the game. On the other hand, Yurién Vizcaino and Julio Enrique Miranda disappeared the ball from the park.

Alain Sánchez pitched seven full innings, with one unearned run allowed, and scored a quality start in the match. In addition, he struck out five rivals and gave away three walks. The defeat was awarded to Noel Reina, the first in this Series.

Matanzas was superior to Industriales in the Latino

The Crocodiles of Matanzas were superior to the Industrialists of Havana, for the second consecutive time in their visit to the Latin American stadium. Armando Ferrer’s troops whitewashed 5×0 the pupils of Guillermo Carmona and reaffirmed themselves in first place in the standings.

The main strength of the Blues at this start of the campaign was weakened by the pitching from Matanzas in the third game of the sub-series. Renner Rivero made a great opening, in which he retired 10 Leones via strikes. Meanwhile, he got his fourth win of the season. Carlos Álvarez covered the three innings that the starter left free and was awarded the save of the game. Marcos Ortega reached four defeats without knowing success in this campaign.

The giraldillos’ right fielder, Yosvani Peñalver, was the only one from the capital team who had more than one hit in the game. “El Indomable” added two hits to his record for the season in four legal innings.

Meanwhile, Ariel Sánchez commanded the offensive of the Crocodiles. The left-hander contributed three hits to the Matanzas offense, scored a couple of runs and drove in a teammate. Similarly, Eduardo Blanco stood out with four-two and Javier Camero with a couple of trailers.

In other results: The Wasps of Santiago de Cuba defeated the Gallos de Sancti Spíritus 13×7. The Tigres de Ciego de Ávila had a 5×1 advantage over the Indios de Guantánamo. Also, the Toros de Camagüey beat the Alazanes de Granma 6×1. Meanwhile, the Lumberjacks from Las Tunas knocked out the Cubs from Holguín 11×1.