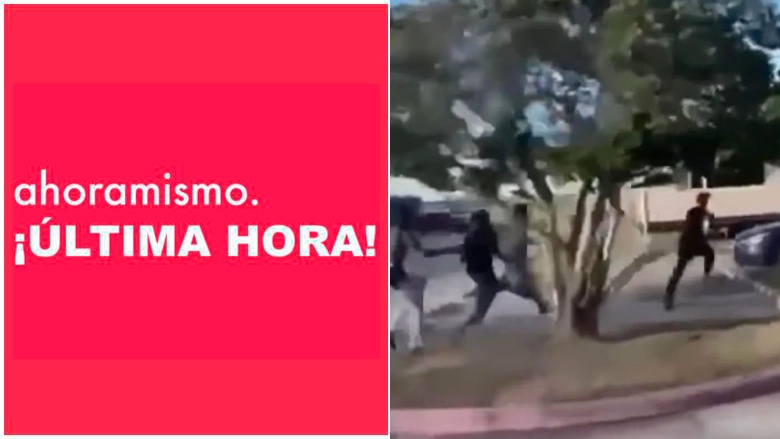 arose a video showing Langham Creek High School baseball coach Michael Shott being chased and mugged by a group of high school students in the Cypress-Fairbanks Independent School District near Houston. The 34-year-old assistant coach and physics teacher suffered a broken arm in the attack on Thursday, February 10, 2022. Four children who attacked Shott, students at Aragon High School, have been taken into custody.

The incident occurred after school, according to Click2Houston. Shott told the kids they couldn’t ride dirt bikes on campus, the news site reported. He was then attacked by the group of children, according to authorities. The video showed the high school students chasing the teacher through a parking lot. Langham Creek High School Principal Jose Martinez said in a letter to the parents who worked with the Aragon High School administration and the Cy-Fair ISD Police Department to investigate.

“Minor suspects were identified and taken into custody,” Martinez wrote. “The incident that occurred is extremely unacceptable and will be disciplined in accordance with the CFISD Student Code of Conduct. … We continue to work diligently to maintain a safe school environment for every student and staff member.” The video was posted on Facebook by Alisha Marie on February 11 with the caption: “PARENTS OF LANGHAM CREEK! This is what is happening in our school!!! We have a trainer running for his life. This is unpleasant”.

CFISD Superintendent Mark Henry He added in a letter of his own: “The recent security breaches that have occurred both on and off our campuses are extremely disappointing. I want to assure you that we are taking these actions very seriously. Our campuses must be the safest places in our community for students, staff, and visitors. We will not tolerate anyone compromising the safe environment of our campuses and we will address violations to the fullest extent possible.”

According to Martinez, the director of Langham Creek, “Our team is also aware of social media posts threatening our campus. The CFPD Police Department is investigating and we have implemented additional security measures. Remind your students that any information related to school safety should be shared with administrators immediately.”

Alesha Gonzales, a student at the high school, told Click2Houston, “Later that day they were arrested and their older friends threatened to shoot up our school. We couldn’t walk unless we had an ID card, they wouldn’t even let us in.”

District Superintendent Henry added, “We continue to encourage students, staff and community members to report suspicious or illegal activity to administrators, campus police or police dispatchers. You can access the information line of CFISD at the top of each district and campus web page. You can contact the CFISD Police Dispatch 24 hours a day, 7 days a week at 281-897-4337. Thank you for helping us maintain and reinforce a safe and secure environment in our schools and in our community.”

LANGHAM CREEK PARENTS!!!! This is what is happening at our school!!! We have a coach running for his life from him. This is disgusting. 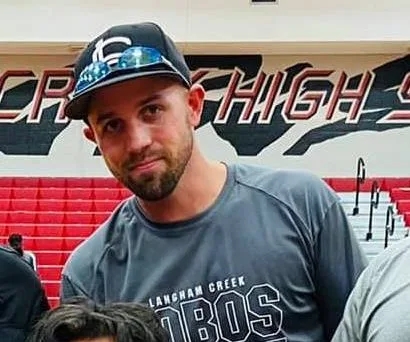 Shott has not commented on the attack. His mother, Peggy Shott, told ABC 13 Houston: “It’s fine. He is at home. He has a broken arm, but the children said that he is doing what he has always done and that he is fine. The reason this happened to him was because he was doing his job. He stopped the children. Well, there was only one boy in the beginning. The reason the others came back is because they didn’t like being stopped.

Father Michael Daughtery told Click2Houston: “This just shouldn’t be happening, not in our own backyard. That just can’t happen. These kids need to get into a lot of trouble and I am speechless.” Current and former students on social media showed their support for Shott and said that he is a highly respected and “great” teacher and coach. Shott is an assistant baseball coach in high school and also coaches the school’s sophomore baseball team, according to the school’s website.

Alexis Zavala, a student, told KHOU: “I saw the videos about it on Snapchat. I was surprised that they were high school students.” “Like, when I was in high school, I didn’t know of anyone who did stuff like that.” Another student, Maria Carr, added: “She’s crazy. Like, they’re high school students, you know, they’re not supposed to be doing that and they especially like to jump on a trainer. “They have to have some respect.”

Sign up for the Heavy on Houston email newsletter to stay up to date on everything happening in the Houston area.

This is the original version of Heavy.com

READ MORE: PSG vs Real Madrid from UCL: How to watch the Live Stream?

Baseball Coach Chased and Beaten by Students at US School [VIDEO]